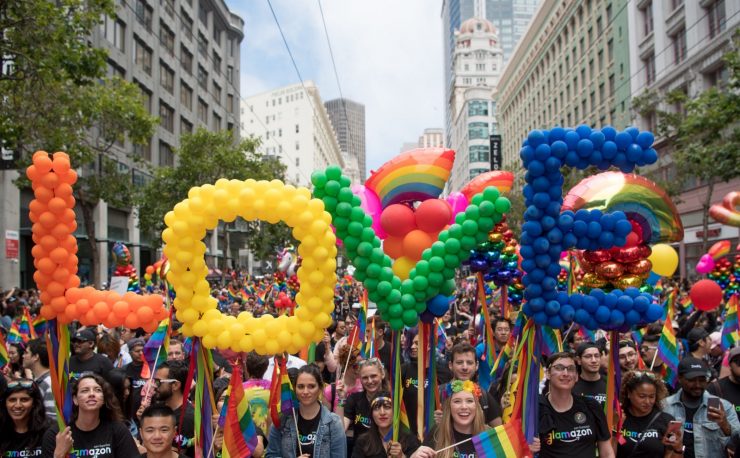 I have a dream that gay people and straight people will live together without labels, fights or shackles.

I have a dream that gay people will be just — people — humans alike to straight with only one distinction — love for all, in all.

I have a dream that coming out will be no more and looked at as a dark stain in our human history; how we froze good men and noble women in that terrifying closet where many did not ever see light as we ensured with our hands and feet to lock that door forcefully shut to protect them, we said, while we fed our insecurities, our pride and our hate signing their death warrants and trying to wash the guilt from our blood-stained hands.

I see a vision where we will hang our heads in shame, look with utter disgust and bewilderment how we’ve even thought, but for a mere second, we could against all scientific odds, against all human sanity and against all morals and ethics forced innumerable vulnerable teens to be someone else that they’re not — sending them to conversion therapy.

How we’ve loaded a shotgun of idiocy, incredulity and insanity in the hand of goddam terrorists to kill perfectly normal, healthy beings as they were anything but human. That we insisted we knew they were sick and needed healing, broken to be repaired, abused to be blamed and against human nature to live is a genocide beyond belief. Bible bashed and brainwashed were the tools of the trade in this crime, yet looking in a mirror now, we realise we were the ones who were brainwashed and bible bashed. Unable to think for ourselves, driven in ignorance and fear, fed lies by a bloodthirsty bastard turned God we were wrong, mightily mistaken and we, in one voice, proclaim, “Never again!”

I have a dream that from the Great Wall to the Great Pyramids, from the arid Arabian desert to the lush Amazon rainforest there will be no fear, shame or terror to be just that, a human — of all likes, attractions and quirkiness to each other.

From the tops of the minaret to the towering bell tower, I hear a ringing voice so loud it just about deafens me, “God loves you as you are!”

I have a dream that gay people and straight people see that what binds them is far greater than what divides them, that our common humanity is at stake when we enforce labels, boxes and class our fellow man trying to straitjacket them to make ourselves happy ignoring the other.

I see the heavens open, clouds parting and rains descending, pelting and flooding the desert of abandonment and hardness of heart so that desert is no more — life is indeed here, finally.

I see sheep dressed as wolves, devouring innocent men ruthlessly, brutally and mercilessly ramming death down their throats, crucifying the other as evil, and all, tragically, on the bloodied altar of the Unknown God, who exists only in our history’s books consigned to a dark age and one no more repeated that may we well say, “Lest we forget”.

I have a dream that leaders and teachers of every race, creed and colour will open their eyes to their systemic exclusion of their own people and weep, bitterly, for their grave sins seeking forgiveness for their ignorant fuelled atrocities — wiping out millions and millions of men and women who were guilty of one ignominious crime — authentic living — refusing to be silenced and bowing to man-made idols of what’s normal, healthy or godly.

These unknown soldiers, valiant men and women who fought the enemies of suicide, depression and self-loathing inflicted by state and religion, will rise in glory and their death will not be a waste — their names inscribed in our open hearts, their story recorded with letters of hope and love, and a shrine erected in our hearts and minds to give dignity, respect and tribute to lives unnecessarily lost in the Name of God and country driven by nothing but hate alone.

I have a dream that there will be no my people and your people but only our people.

For when we see that we’re all the same, of bones and flesh, we will fight no more but love, we will gather not divide and expel every darkness of hate and fear from our midst shining light and hope into the recesses of our hearts.

I have a dream.

Abanob Saad, a journalist and student of the University of Divinity, is an Orthodox Gay Christian who underwent conversion therapy and is fighting to eradicate this practice and raise awareness of LGBTIQ people within his community.

A year since the marriage equality vote, much has been gained – and there is still much to be done