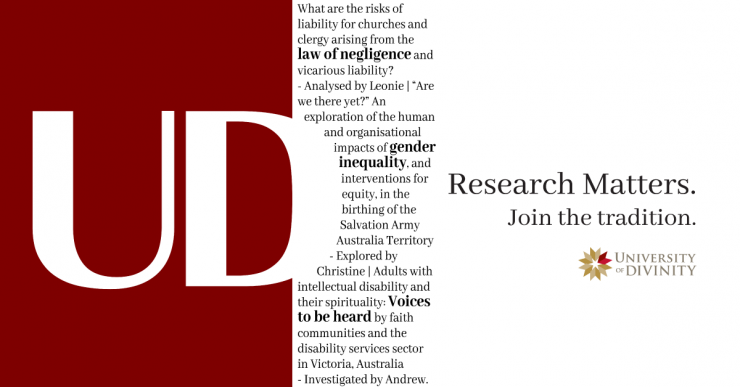 Why research matters: attending to the oppressed

Telling people you’re a theologian isn’t great dinner party material. I tend to turn very quickly to my wife and inform people of her much more interesting profession as an entomologist. Yet, I did choose to pursue this research interest, and something was appealing about it, it seemed to matter. The reason why it matters is a little harder to pin down.

I can only really speak for my sub-discipline, but one of the nice things about being a researcher in European political theology is that a lot of the research that is being done isn’t directly ordered toward any particular problem that we face right now, while it somehow matters intensely. There is an urgency to the discipline, but that urgency is ordered toward a deliberate practice of attention to the strange ways in which the theological past metastasizes in the political present.

Research in political theology is often first and foremost analysis of the implication of theology in the construction and maintenance of forms of political authority and legitimacy. This can lead one down some very dark roads, seeing the ways in which theology is implicated in the racialisation of humanity, the construction of empires, settler colonial networks of confiscation and exploitation, and in the exclusion of women and LGBTQI folk through the reproduction of domestic/economic life. In short, this kind of research requires we see theology failing, at times catastrophically.

This kind of theological honesty refuses to offer us a route out of the world into a pure theological language. Instead it throws us right into the middle of things. It shows us that theology is always already operative even when we think it has been rendered inoperative by secularisation. There is no escape on offer, theologies are everywhere baked into the institutions, language, and shape of life in and after modernity. This is also what makes political theology such a vibrant and disciplinarily diverse space to work in—you’ll have colleagues in philosophy, language, gender studies, and all manner of other disciplinary areas working on different parts of the problem.

The reason this is important is because of what it demands of us. It demands attention. For example, when I see that theology has legitimised centuries of patriarchy, my attention is drawn both into the voice that excludes and the way it preserves that exclusion, but also to that which is on the outside, that which is excluded, was deemed a threat to the functioning of things.

There is a famous text written by Walter Benjamin, a German-Jewish critic who was on the run from the Nazis, On the Concept of History. He argues that the “tradition of the oppressed” tells us that what we are told is the state of emergency in the present is “not the exception but the rule.” In other words, the tradition of the oppressed points to the fact that the normal functioning of life is the crisis, that history itself is piling up rubble as it maintains itself through exclusion.

It is crucial that for Benjamin it is the “tradition of the oppressed” that teaches us this. European theology, the kind of theology I specialise in, finds itself in a strange position here. It must attend to its own implication in and maintenance of the problem. But, in order to do so, it has to alienate itself from itself, and attend carefully to the oppressed. This is why research matters in my weird corner of the academy. Only as European theological traditions are honest with themselves in this way can we find new uses for them. First of all we have to abolish that which excludes.