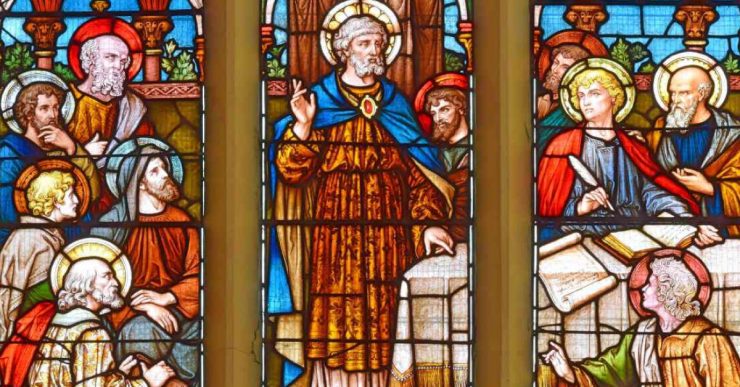 “I now realize how true it is that God does not show favouritism” Acts 10:34

In the book of Acts, Luke repeatedly recounts situations where social boundaries and barriers are broken down by the gospel that is rapidly spreading throughout the Levant. But within the narrative these boundaries are not so easily dissolved, and one particularly pernicious division repeatedly returns to the early church: the distinction between Jew and Gentile. Readers first encounter this distinction and subsequent dissolution of the barrier in Acts 10 and 11, as Peter entertains a visitation request from a Gentile God-fearer—Cornelius—and is subsequently challenged in Jerusalem.

Indeed, this first encounter provides a good paradigm for how social boundaries are broken down, and it occurs at two levels. First, at a human level, the degree of inter-group prejudice is confronted at a personal level and reduced from inter-group interaction to inter-personal interaction by face-to-face contact and conversation. Second, at a level out of human control, the dissolution of the previous inter-group boundary is confirmed by the presence of the Spirit. Subsequently the dissolution of the inter-group boundary is further settled by group consultation.

While one of these tiers is clearly out of human control, the other provides a helpful paradigm for reducing inter-group conflict and boundaries in our world, especially for Christians as we are called to be peace makers. This is particularly valuable in this time with the increase of social media silos and ongoing interpersonal isolation from pandemic lockdowns. Truly, it appears that our societies are going to emerge from this pandemic more fractured than united.

The paradigm for reducing social conflict that Acts sets forth is helpful here, and indeed it is strongly reinforced by a series of studies on inter-group conflict and prejudice reduction from Matthew Hornsey and Michael Hogg (1999, 2000a, 2000b, 2000c). But what does it look like in practice? One approachable example comes from the Boogie-woogie singer and pianist Daryl Davis, who found himself as a lone African-American in close relationship with many members of the Klu Klux Klan.

In Accidental Courtesy, a documentary on his life, one poignant moment comes when he talks about his motivation for cultivating friendships with Klansmen. There the overriding question he asks is “How can you hate me if you don’t even know me?” From sitting down in a bar with Klansmen, to being invited into their home, this question—and the associated interpersonal interaction—drives the conversation at hand. The results show how successful it is, as Davis displays a wardrobe full of Klan robes that were given to him after members had left the Klan.

Daryl Davis follows the pattern set out in Acts, of reducing inter-group prejudice to the level of personal interaction. As we emerge from lockdown, we too can follow the pattern of Acts in interacting with others as individuals, rather than as group representatives. We too should be peacemakers in our society fractured by social media silos and isolation.

Chris Porter is a New Testament scholar working on the Fourth Gospel with a particular emphasis in the intersection of theology and psychology. He is currently a Post-Doctoral Research Fellow at Trinity College Theological School.

The Trinity in the Age of Narcissus