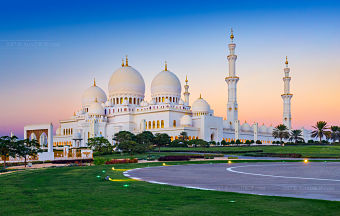 This article is reposted from Social Policy Connections. Read the original article.

Pope Francis has made dialogue with Islam a high priority, as he is acutely aware that the scourge of war and displacement of peoples will not stop until these great religious traditions can consolidate effective norms of peace, justice, toleration, and cooperation.

As the leader of the Catholic Church and a spokesman for much of the Christian world, Pope Francis sees his duty as defending all persecuted peoples, but especially Christians targeted by terrorists or oppressive regimes. Wars and jihadist violence have reduced the proportion of Christians in the Middle East from 20 percent before World War I to just four percent today.

Islam lacks a central authority structure like the Catholic Church, so it is more difficult for Muslim leaders to reach a definitive consensus than for Catholic leaders. Religious scholars win prestige for their understanding of the Quran and its implications today. Hence, Francis has tried to build bridges with Muslim scholars and civil leaders to help clarify relations on the basis of the universal wellbeing willed by God.

The spread of terrorism is causing alarm everywhere, and many countries are resorting to expanded arms spending, increasing the risks of regional and global conflicts. The threat is made particularly severe not just because increasing numbers of states have nuclear weapons, but also because it diverts global efforts to achieve the targets of the Sustainable Development Goals, including tackling rapidly advancing climate change, with Francis warning of ‘catastrophic’ consequences.

Francis’s two-day trip 3-5 February to Abu Dhabi, capital of the United Arab Emirates, was especially significant, as he signed a document Human Fraternity for World Peace & Living Together with the Grand Imam of the prestigious Al-Azhar mosque in Cairo, Dr Ahmad Al-Tayyib, a leading scholar in Sunni Islam. Together with the Emirati authorities, they also agreed to build a new church in Abu Dhabi named after Saint Francis, and a new Mosque of the Grand Imam.

The rulers of the UAE have strongly promoted tolerance and cooperation among their ten million people from 200 nationalities, with more than 40 churches. Sikh, Buddhist, and Hindu communities can worship, as well as Jewish people, though it would hardly be possible for a Muslim to become a Christian.

At a meeting organised by the international Muslim Council of Elders at the Sheikh Zayed Grand Mosque on 4 February to promote the UAE’s Year of Tolerance, Sheikh Al-Tayyib welcomed the Pope, noting how the Quran recognised special bonds between Christians and Muslims. He said “the name of God must not be used to justify violence. God did not create us to cause suffering”. The Grand Imam said those who used religious texts to justify violence should be denounced as “murderers”.

The Pope’s address at the Founder’s Memorial

At the Founder’s Memorial in Abu Dhabi later that day, Francis addressed civil leaders, diplomats, and representatives from Muslim, Christian, Jewish, and other religious traditions.

The Pope noted that he came to UAE on the eighth centenary of St Francis’s visit to Sultan al-Malik al Kamil of Egypt. He came “as a believer, thirsting for peace … to be instruments of peace”. In the name of God, he said, we “need to enter together as one family into an ark which can sail the stormy seas of the world: the ark of fraternity”.

He said, “Each belief system is called to overcome the divide between friends and enemies, in order to take up the perspective of heaven” … Each person is equally precious in the eyes of God, who does not look upon the human family with a preferential gaze that excludes, but with a benevolent gaze that includes”.

To recognise the same rights in everyone was “to glorify the name of God”, and consequently “every form of violence must be condemned without hesitation, because we gravely profane God’s name when we use it to justify hatred and violence against a brother or sister … No violence can be justified in the name of religion”.

“There is no alternative: we will either build the future together, or there will not be a future. Religions, in particular, cannot renounce the urgent task of building bridges between peoples and cultures.”

Francis added, “peace, in order to fly, needs the wings that uphold it: the wings of education and justice … Peace dies when it is divorced from justice, but justice is false if it is not universal”.

“Religions should be the voice of the least… and stand on the side of the poor. They should keep watch as sentinels of fraternity in the night of conflict.” He warned about “indifference” to the fate of so many. We must “not close our eyes in the face of injustice, and never resign ourselves to the many tragedies in the world”.

He asked that, in prayerful dialogue, we “commit ourselves against the logic of armed power, against the monetisation of relations, the arming of borders, the raising of walls, the gagging of the poor”. He declared that the arms race and aggression would never bring stability. “War cannot create anything but misery; weapons bring nothing but death.”

Francis said, “Human fraternity requires of us, as representatives of the world’s religions, the duty to reject every nuance of approval from the word ‘war’”. He referred specifically to the consequences of war in Yemen, Syria, Iraq, and Libya. This was a sensitive matter, since the UAE is involved in the coalition supporting Saudi Arabia in the savage conflict against Houthi forces in Yemen.

Knowing that citizenship is highly unlikely for about 80 percent of the UAE population – the eight million migrant workers, a million of whom are Catholics from the Philippines, India and elsewhere – Francis delicately appealed for people of different faiths to have “the same right of citizenship”.

Francis concluded his visit with an open-air Mass celebrated before 130,000 people in Abu Dhabi, possibly the first such public Mass for many centuries.

On his flight back to Rome, Francis said that the document on Human Fraternity was “highly thought-out” between Rome and Cairo. He affirmed it was in the spirit of Vatican II, but he recognised that implementing it would be difficult.

Indeed so. But as the great majority of Muslims know only too well, jihadist violence and intolerance have resulted in immense devastation in many countries, and inflicted terrible suffering on Muslim populations, as well as on other groups. Let everyone agree: it is blasphemous to kill innocent people in the name of God.

What are the major parties promising on health this election?