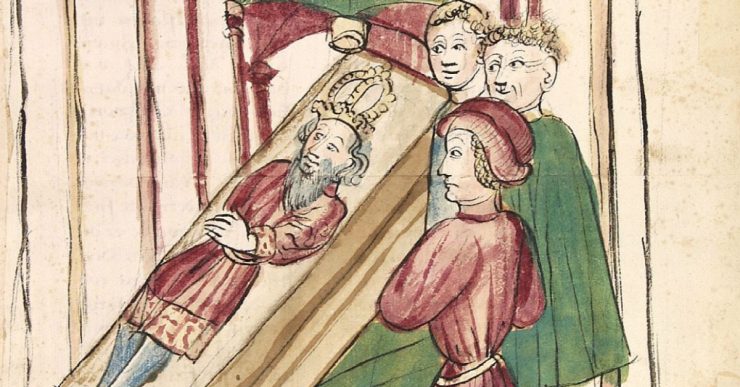 The last week in global politics has been strange, to say the least. Electoral politics generally can be strange, parties lining up with their policy agendas in winner-takes-all contests to determine the shape of a commons shared by just under half an electorate who wanted a different outcome. But, this is how most western democracies function.

We find ourselves now in the interregnum, the time between two regimes. The etymology of the term is literally to be between the reigns/kings. This is the period in which continuity of something in excess of any particular king is at stake, the continuity of the body politic itself. Before modern republics and democracies it was assumed that any particular king inhabited an office temporarily, and in doing so was obliged to exercise the office in a way fitting of the king. Bad kings are, in a way, kings who do things that are out of accord with the office. The office is supposed to “discipline” the behaviour of the king. In any event, this time between the death of the king and the consecration of the new monarch is often the most fragile moment of any kingdom or state: the time when revolutionaries might take advantage of the absence of a ruler, when unrest might emerge, or when a coup might be possible.

The “peaceful transition of power” is inscribed into western democratic culture in order to preserve continuity in the state itself in these moments. But, these moments also disclose something that is always the case, that is, that government only ever functions by virtue of the legitimacy it is offered by the people. In a hereditary monarchy the monarch represents God to the people, and so is a representation of divine sovereignty. In a modern democracy, the sovereign is the people themselves. The body of the king is dissolved into the people, and so we all vote to form a collective “will.” Inevitably in this process of voting a cut emerges, a cut between the majority and the minority. We have seen something like that in Australian parliament this week, with the refusal to allow the Aboriginal and Torres Strait Islander flags to fly. The refusal of the other by the majority cuts through the bodies of those others, it denies plurality.

In the absence of the body of the king, then, what are we to do if we are not to continue lacerating the body politic? Hannah Arendt, who spent her life reflecting on totalitarianism, writes that every human being is human precisely insofar as they are nonidentical with any other human. We are not particulars of a genus, but singular. That singularity, however, is held in common. To deny the singularity of another is to deny one’s own singularity; plurality is our condition.

Christians might be able to think about Christology on the back of this. We might be able to say that Jesus is human insofar as, using Arendt’s formation, he is “not the same as anyone else who lived, lives, or will live.” Jesus is not representative, then, because he is a particular kind of human, but because he is irreducible to any kind of human, he is always in excess of any representation. Just as we all are, in solidarity.

If we thought about democratic politics on this basis, I wonder where we would be able to go? If we were to say that the goal of government is not to preserve any particular party interest, but to preserve plurality itself. The preservation of plurality would genuinely, then, mean demos (people) kratia (rule), the rule of the people, self-government. It might even be a way of thinking about loving one’s neighbour as that which constitutes community.

Of course, the antagonisms we are facing right now are not going to vanish. But, the interregnum is a moment to think, a moment where something becomes legible.

Women preachers: What to wear?