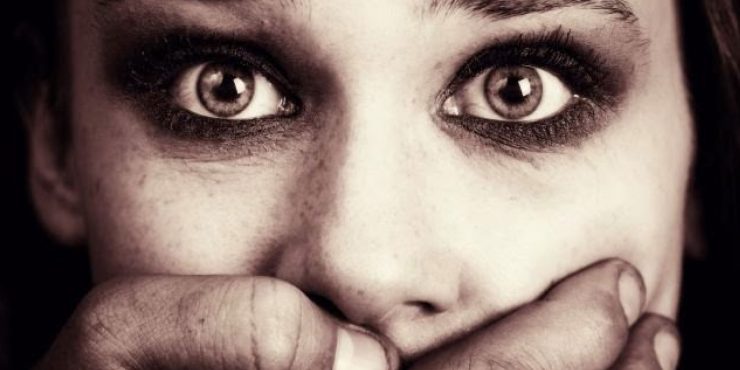 The following article comes from a speech given by the Revd Christy Capper at a breakfast on International Women’s Day 2018 hosted by the Uniting Church in South Australia.  Christy is a doctoral student at the University of Divinity. She teaches at Uniting College in Adelaide, part of the Adelaide College of Divinity and in association with Flinders University.

I heard this week that doctors have found that menstrual cramps can be just as painful as a heart attack. I must say, it made me laugh. It made me laugh because, as one of the many women who suffer from endometriosis and severe cramping, I have learned to simply sit in meetings and hold significant conversations, or preach, or teach completely masking the fact that I feel any pain at all – because that is what we do.

As women, we often mask pain, we cover things up and hide them rather than letting them show, we stay silent rather than screaming in pain. I don’t know about you, but I’m sick of staying silent, sometimes I just want to scream, I want to behave like a toddler in the supermarket who has just been told they won’t be getting chocolate, but apparently that’s inappropriate for an adult. I may not scream like a toddler, but I also can’t keep quiet anymore.

This year International Women’s Day seems to have two themes. We have the theme “press for progress” and the theme “leave no woman behind.” I want to talk about both. We need to do both. Don’t get me wrong, we have made a lot of ground. South Australia allowed women to both vote and to stand for parliament in 1895, that’s a good thing. We have made progress. We can vote, we can work, we can be part of the parliament, we can lead organisations, we can be ordained, we can be moderator or president of the Uniting Church in Australia. 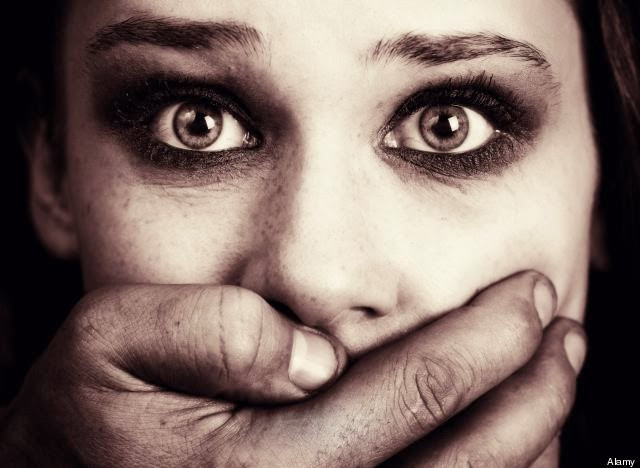 We most certainly are not there yet. We most certainly have a way to go. At the current rate it will take 200 years for the gender pay gap to close here in Australia. When Donald Trump was elected in the USA women all over the world started to rally. Last year on International Women’s Day we saw marches and rallies and strikes all over the world – in fact the women at my workplace joined in the strike and spent the day together theologically reflecting upon what was going on. In 2017 we saw the first season of The Handmaid’s Tale released for TV and it was chilling and terrifying – but it made us think. We saw the #metoo movement take off and women everywhere begin to share their stories and to realize that actually, we are not alone. We also saw men begin to realize just how widespread sexual harassment and abuse is. We saw powerful men, men who abused their power, finally begin to meet justice for their actions. It feels as though something might be happening – it feels as though maybe, just maybe, there can be some change, some progress.

But here’s the thing. None of us can do this alone. We all need to be in this together. As we press for progress we must make sure that we leave no woman behind. We all have different types of privilege. I am a young, white, educated, middle-class woman. Compared to many others my life is pretty easy, the experiences that I noted that I have experienced aren’t terribly horrific in their nature, they aren’t violent towards me, they are what we might think of as everyday sexism. As we press forward we must keep looking around, making sure that nobody is lost along the way – that nobody is left behind. I imagine it sort of like when we all hold hands in a long line to make sure that we don’t get separated. We need to make sure that as women who have a voice we are speaking with and for those who do not have one.

When I lived in Sydney the denomination of the church that I went to did lots of amazing things, but one less amazing thing is that they did not and still don’t believe that women should be preachers, teachers or leaders of mixed gender adult groups. Fortunately my minister saw me and believed in me. I was allowed and encouraged to preach at church, however there were catches. The Senior minister thought I should be able to preach, but he was aware of the conscience of other ministers. An assistant minister ran a short course for the three or so laypeople who were to begin preaching – I was invited to preach, but not to the course –for, I imagine, the conscience of the minister running it.

So while my male friends had a few nights of training and a practice run with feedback before they preached their first sermon I – the only woman preaching in the church at that time – just took to the lectern. As I got up to preach I knew that the question people would be asking themselves was not “is Christy a good preacher” it was “can women preach?” Not only that, while others preached at multiple services I could only preach at the evening service, and the youth minister, who ran that service didn’t agree with women preaching so not would be present when I preached. In many ways my senior minister went out on a limb for me, he actively went against policy, against the beliefs of the minsters who worked for him, in other ways I felt hung out to dry. But I did have two major allies in this. Two of the young men my age also started preaching that year – they did the course and shared information with me. When they realized that they were rostered on to preach more often than I was they came to me and said that they disagreed with this policy. The youth minister didn’t want to miss too many services so I wasn’t being included in the roster regularly. These men encouraged me in my own gift. More than once when a roster came out they would give me one or two of their preaching dates to make things more even between us. They would tell the youth minister that he must have made a mistake in the rostering and accidentally left me off it, but not to worry, they have sorted it out. He was never happy, but without those young men I think I might have given up. When I got up to preach and some people realized I was preaching and walked out for the duration of the sermon one of them or another friend would roll their eyes at me from the congregation and give me the thumbs up.

Today, with my education and my position I often find myself in a place of privilege in contrast to many other women, as I imagine many of you do too. In those situations I want to be like my two friends. I want to give voice and opportunity to those who are marginalized and left behind, I want to push them front and center – rather than taking up all the room myself.

We press for progress together while making sure that we leave no woman behind.

Sometimes as Christian women we have trouble pressing for progress, pressing for what we want. We are told that we need to serve, to be humble, to be loving. Certainly we do, but these words can also be a poison, a disguise to cover oppression, to cover sexism and to hold on to power in very ungodly ways. Last year information was released into the media about Australian churches and minsters and advice they gave to Christian women in abusive relationships. Some of the advice was along the vein of encouraging women to submit to their abusers, to pray for them, certainly to stay with them. Some were told that they must be being a Christian wife incorrectly if this was happening – to pray for their husbands and just love them. But that is not loving, that is not Christian and that is not in any way an expression of the freedom that we have in Christ.

In the mid-20th century feminist theologians wrote about pride and sin. As they did things that women did not often do they were told to be humble rather than proud. These writers said that often women do not so suffer from the sin of pride – certainly not in the same way as men – we suffer from the sin of not pushing ourselves forward enough. The sin of failing to embrace our God-given gifts, of not embracing who God has made us because we are so busy supporting those around us instead. When you are not the person that God made you to be, when your voice is not heard the world misses out. God made you unique. God made you you for a reason and we need your voice, we need your skills. But if we are not heard, if we are not listened to we, if we cannot develop our gifts, then we cannot give those gifts to others: to God’s world that so desperately needs them.

Sometimes we keep silent when we should be screaming in pain. When we should be screaming in frustration. We hear in the Gospels that Jesus becomes indignant and angry at injustice – well let’s join him in that. Let’s join him in stopping the silence. In standing with one another and saying that we will not be silent, that we will not stand by and allow our God-given gifts to be underdeveloped or sidelined or overridden and let us stand with one another, hand in hand and arm in arm so that as we press for progress we leave no woman behind.

Who was Mary Magdalene?