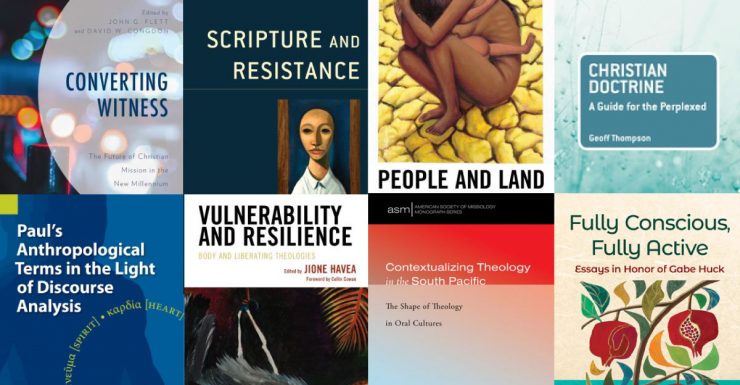 Academic Staff of the University of Divinity are regularly publishing books, chapters, journals, and articles. Here are some recent publications from academic staff and honorary researchers of Pilgrim Theological College. 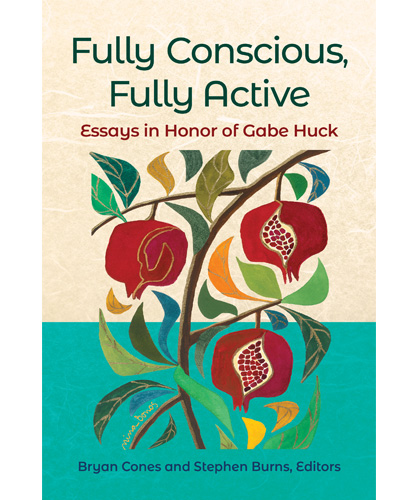 This collection of essays in honor of liturgist, writer, editor, and publisher Gabe Huck celebrates key aspects of the vision of liturgy he fostered and explores ways that vision may be more fully manifest in Christian assemblies.

Fully Conscious, Fully Active presents an ecumenical group of liturgical scholars, practitioners, pastors, and musicians reflecting on the vision of renewed liturgical celebration, especially touching word and song, culture and language, and leadership and ministry. It imagines what contemporary, ­progressive, and responsive worship can be and how it can contribute to the Christian mission by lifting up the best of the North American liturgical reform and highlighting elements of that reform that lead to the “full, conscious, and active participation” of the faithful called for by the Constitution on the Sacred Liturgy.

Gabe Huck was the director of LTP from 1977 to 2001. Under his leadership, it became an important source of liturgical education and formation. In his own writing, he linked the renewal of the liturgy with the work of justice, a link he continues to pursue in his life. 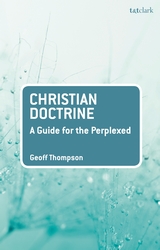 A Guide for the Perplexed
By Geoff Thompson

Geoff Thompson addresses multiple questions concerning Christian doctrine in an engaging narrative, beginning with an in-depth discussion of the origins of doctrine in the various catechetical, polemical and apologetic pressures that the church encountered as it sought to articulate and teach its confession of faith in Jesus Christ. In providing an overview of some of the classic and historically influential doctrinal projects, Thompson employs ten case studies that illustrate the overlapping influences of tradition and contexts-both ecclesial and cultural-on doctrinal discourse.

Thompson takes the reader from those historical and paradigmatic case studies into some of the great contemporary debates about doctrine, including those which have been shaped by the critique of doctrine associated with the European Enlightenment as well as the challenges and contributions of theologians of the majority world. He pays particular attention to the influence that these diverse cultural, ecclesial, and academic contexts have had upon the shape and content of particular doctrines. This leads into an engagement with George Lindbeck’s seminal The Nature of Doctrine, as well as the more recent proposals of Kevin Vanhoozer and Christine Helmer. This guide concludes by developing the idea of a Christian social imaginary as the framework for holding together doctrine, practice, truth, diversity, and context. 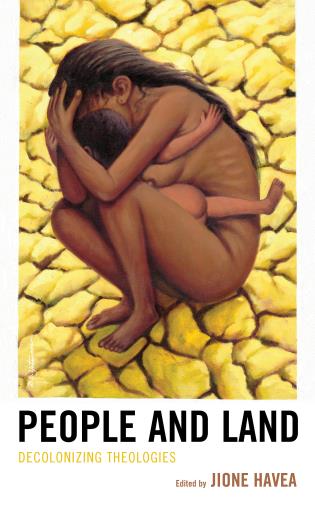 Empires rise and expand by taking lands and resources and by enslaving the bodies and minds of people. Even in this modern era, the territories, geographies, and peoples of a number of lands continue to be divided, occupied, harvested, and marketed. The legacy of slavery and the scapegoating of people persists in many lands, and religious institutions have been co-opted to own land, to gather people, to define proper behavior, to mete out salvation, and to be silent.

The contributors to People and Land, writing from under the shadows of various empires—from and in between Africa, Asia, the Americas, the Caribbean, and Oceania—refuse to be silent. They give voice to multiple causes: to assess and transform the usual business of theology and hermeneutics; to expose and challenge the logics and delusions of coloniality; to tally and demand restitution of stolen, commodified and capitalized lands; to account for the capitalizing (touristy) and forced movements of people; and to scripturalize the undeniable ecological crises and our responsibilities to the whole life system (watershed). This book is a protest against the claims of political and religious empires over land, people, earth, minds and the future. 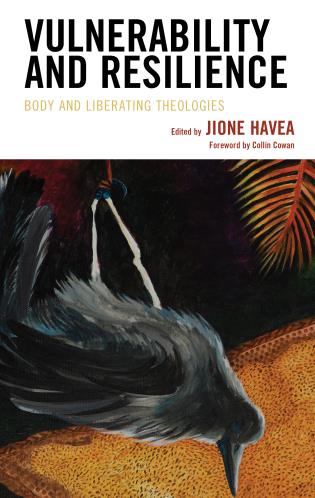 The contributors to Vulnerability and Resilience refuse to be trapped. At the intersection of body and liberation theologies, they tell their stories in the hope that they will expose cultures that make individuals and communities vulnerable, and that those stories will encourage vulnerable subjects to be resilient and bring change to theological institutions that conserve vulnerability. Because of the location of the contributors—the Americas, Africa, Asia, Europe, Caribbean, and Oceania—this book is a testimony that vulnerability is present all over the world, and that resilience is a liberating alternative. 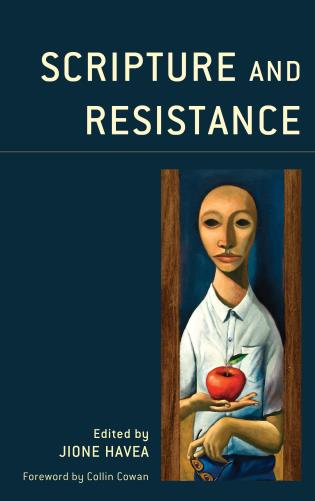 Resistance against unjust (wicked) cultures and imperial powers is at the heart of scripture. In many cases, the resistance is waged against external systems or the misappropriation of scriptural texts and traditions. In some cases, however, scripture resists oppressive cultures and powers that it also requires, certifies and protects. At other times, and in different settings, the minders of scripture speak against the abusive cultures and power systems that they inherited and whose benefits they milk.

Scripture and Resistance contains reflections by authors from East, West, South, and North — on resistance and the Christian scriptures regarding a rainbow of concerns: the colonial legacies of the Bible; the people (especially native and indigenous people) who were subjugated and minoritized for the sake of the Bible; the courage for resistance among ordinary and normal people, and the opportunities that arise from their realities and struggles; the imperializing tendencies that lurk behind so-called traditional biblical scholarship; the strategies of and energies in post- and de-colonial criticisms; the Bible as a profitable product, and a site of struggle; and the multiple views or perspectives in the Bible about empire and resistance. In other words, the contributors, as a collective, affirm that the Bible contains (pun intended) resistance. 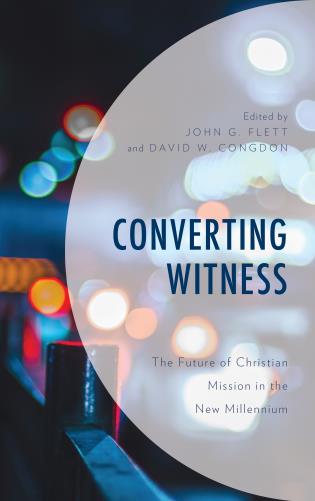 The Future of Christian Mission in the New Millennium
Edited by John G Flett and David W. Congdon

Building on the work and legacy of Darrell L. Guder, Converting Witness: The Future of Christian Mission in the New Millennium, explores key questions and new possibilities in missiology in light of the world Christian context. The conversation around missional theology and the missional church has examined the gap between theology and mission with the intent of fostering renewal within North American Christianity. But this can only fully occur in relation to the reality of world Christianities and the framing significance of global cultural diversity. Many of the classic categories and methods—such as church planting, catholicity, and even the term “world Christianity” itself—are in need of fresh examination and thoughtful analysis. The contributors to this volume address a range of important missiological topics, including globalization, interfaith dialogue, integral mission, intercultural hermeneutics, and church practices. 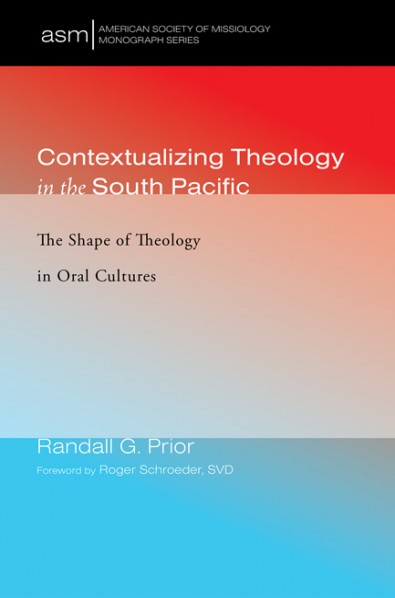 Contextualizing Theology in the South Pacific

The Shape of Theology in Oral Cultures
By Randall G. Prior

This book engages with a widespread contemporary dilemma—how do we do theology in a context where the cultures of the people are oral and not literate?

The nations of the South Pacific, from their missionary beginnings, inherited an approach to theology that was dominated by Western cultural categories. The global movement of contextualization began to impact upon Pacific churches in the 1960s, and challenged this inherited approach. Significant changes have resulted, but the dilemma has remained. The dominant approach is still one that is defined by and better suited to literate cultures. The consequence is that theology remains an alien enterprise, distant from the life of the local churches, and distant from the hearts and minds of the indigenous people.

In facing the dilemma, this book exposes the fundamental differences between primary oral cultures and primary literate cultures, and identifies the key factors that lie at the heart of the theological problem. By addressing each of these in turn, the author then paves the way ahead. He offers a methodology for theology that is rooted within the oral cultural context of the South Pacific . . . and potentially in any context where oral cultures are the norm.

The consequences for theology and for theological education are profound. 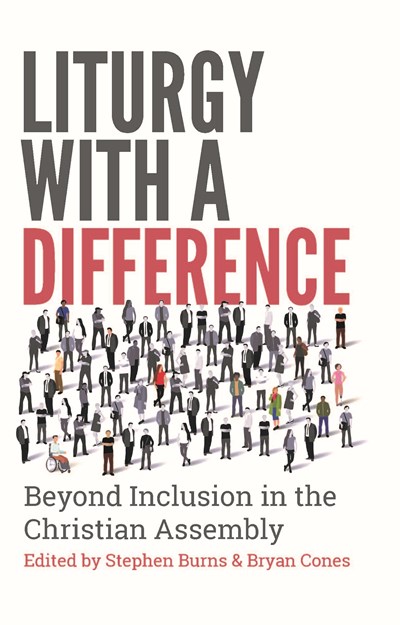 Liturgy with a Difference

Christian churches in recent decades have taken some steps in their practices of liturgy and worship toward acknowledging the graced dignity of human variety. But who is still excluded? What pernicious norms still govern below the surface, and how might they be revealed? How do texts, gestures, and space abet and enforce such norms? How might Christian assemblies gather multiple expressions of human difference to propose through Christian liturgy patterns of graced interaction in the world around them?

Liturgy with a Difference gathers a broad range of international theologians and scholars to interrogate current practices of liturgy and worship in order to unmask ways in which dehumanizing majoritarianisms and presumed norms of gender, culture, ethnicity, and body, among others, remain at work in congregations.

Together, the chapters in this collection call for a liturgical practice that recognizes and rehearses the vivid richness of God’s image found in the human community andglimpsed, if only for a moment, in liturgical celebration. They point to a way beyond mere inclusion toward a generous embrace of the many differences that make up the Christian community. 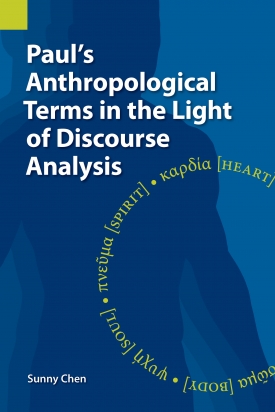 Paul’s Anthropological Terms in the Light of Discourse Analysis

Scholars generally apply the New Testament Greek terms sōma ‘body’, pneuma ‘spirit’, psychē ‘soul’, and kardia ‘heart’ to the individual. But what is Paul is referring to with these terms? Dr Chen explores the whole picture. He illustrates that these terms carry social and corporate dimensions, focusing on community or communal unity, thus emphasising the place of the human person within the ecclesial community. Chen’s helpful contribution to our understanding of Paul continues in the growing tradition of Moisés Silva, David Black, Stanley Porter, Joel Green, and others, using discourse linguistic principles to refine our understanding of biblical texts. His integrated investigation of the semantic, syntactic, and pragmatic features of Paul’s anthropological terms in the context of the entire epistles in which they are used rightly challenges us to rethink all that Paul is referring to with these terms—which in turn will challenge us to rethink Paul’s understanding of the Church and, indeed, of the entire Gospel message.

Pilgrim Theological College is an ecumenical college of the University of Divinity, operated by the Uniting Church Synod of Victoria and Tasmania. Pilgrim’s courses offer a community of learning, formation and discipleship, inspired by the richness and strength of theological education across the traditions of the Uniting Church and the commitment to ecumenical theology and formation from the United Faculty of Theology.