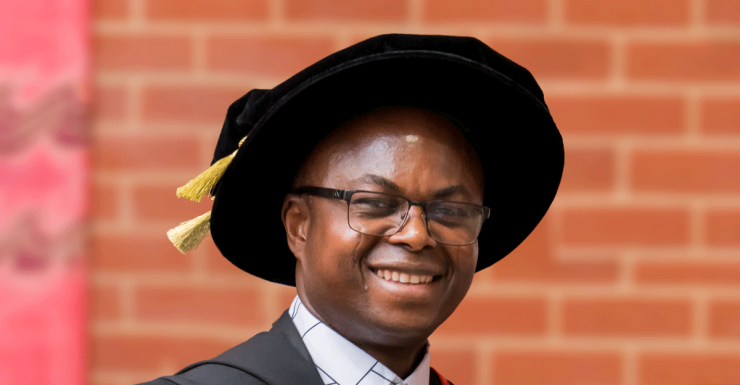 Meet some of our current students and recent research graduates and hear about their journey to complete their studies.

I first considered the University of Divinity on the advice of a former student who also studied at Yarra Theological Union. I first enrolled and completed a Graduate Diploma in Biblical Studies at the College.

Having had a good and positive experience within the GradDip program, I had a chat with the President of the College (Chris Monaghan), and the Research Coordinator (Michael Kelly) about my intentions to pursue a PhD program. Both encouraged me greatly with Chris Monaghan becoming one of my supervisors.

The mission of the followers of Jesus (which is a continuation of the mission of Jesus) begins from Jerusalem, though this mission is meant to expand to Samaria, and Judea and to the ends of the earth (Acts 1:8; cf. Luke 24:47). With the initial expansion within Jerusalem to include the Greek-speaking Jews (the Hellenists) in the community of the believers in Jesus, Luke gives the impression that some problems erupted—the widows of the Hellenists (as against the Hebrew widows) were neglected in the daily distribution (Acts 6:1–7). Luke gives indications of further resistance from some Jewish believers in the Christian communities when the mission further expanded to include Gentiles in the communities (Acts 11:1–3; 15:1–5).

My research focused on this role of the Holy Spirit for both Jewish Christians and Gentiles believers as Luke seeks to overcome the resistance in the communities and to legitimate the mission to the Gentiles.

One moment during my research journey I will never forget was the tension and anxiety I experienced initially during my confirmation panel. After making a presentation to the panel, I was sent out for a period of deliberation of the panel, and soon called back in for feedback which ultimately became a course-charting event for my research.

The panel boosted the confidence that my supervisors had built in me. They drew my attention to other areas related to my research that would strengthen my thesis; this added an extra chapter to my research.

At the end of the session, I knew that all was well and the journey became a bit more relaxed and tension-free.

Having now concluded my doctoral journey, I have taken up a casual teaching role in New Testament at Yarra Theological Union, while continuing in my role as Pastor of St Michael’s Church in Traralgon, in the Diocese of Sale. My goal is to keep exploring the academic world while I also continue my pastoral duties.