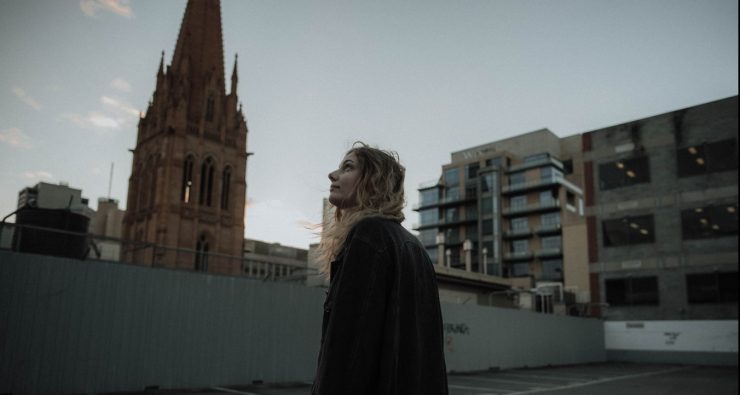 Women of the New Testament show us God’s inclusive plan

Originally published by The Melbourne Anglican (9 September 2019). Republished on Vox with permission.

The women of Jesus’ ministry, and those who worked alongside Paul, need to be re-discovered, argues Dorothy Lee. Through them, women today can see how they are set free in Christ to become their true selves as daughters of God and sisters of Christ.

Women’s ministry is an important feature of the New Testament writings. For more than 100 years, women have been rediscovering slowly but surely their place within the biblical text and attempting to live out its radical call to equality and mutuality, a calling that goes back to Jesus’ own ministry. Yet this has not been without fierce opposition from within the church. Christian feminism has been branded as indifferent to biblical authority and caving in to a secular, liberal agenda. But in fact women continue to discover, in the pages of the New Testament, a new place of freedom and a new authority within the community of faith. Christian women now read the Bible from their own context, challenging past interpretations that reflect the male-oriented prejudices of their day.

This relatively new way of reading goes back to Jesus himself who had an extraordinary way of connecting to women on equal terms, unusual in his day. His vision of the kingdom or reign of God resulted in a community of equals gathered around him, women as well as men, many of whom left their homes and possessions to follow him. The Gospels in different ways testify to the remarkable freedom Jesus had in relating to women as persons, as disciples, and as leaders.

The first three Gospels present women as models of discipleship and followers of Jesus, who stay with him on his journey to the cross, even when his male disciples desert him (Mk 15:40-41). Luke tells us that these women are among Jesus’ disciples from Galilee and that they minister to Jesus, making possible his work through their acts of service, including financing his ministry through their resources Lk 8:1-3). While these Gospels speak of an inner group of twelve disciples or apostles, they are also aware of women who have a special relationship to Jesus: an inner group of men and an inner group of women. Luke names these women as Mary Magdalene, Joanna (who is connected to the royal court), and Susanna. Mark also mentions another Mary and Salome, who may well be the mother of the apostles, James and John.

John’s Gospel is more concerned with individual encounters with Jesus than with groups and so his focus is on Jesus’ meeting with a number of individual women who come to faith in him, sometimes through doubt and struggle. At the beginning of the Gospel, the mother of Jesus plays a part in commencing Jesus’ ministry, declaring her faith in his word and, at the end, the dying Jesus gives her to the beloved disciple as his mother (2:5; 19:25-26), thus indicating the beginning of the Christian church, grounded in mutual and familial love. The Samaritan woman comes to find in Jesus the source of living water, quenching her deep thirst for life; she brings her fellow-villagers to faith, acting in an apostolic way (4:1-42). Martha and Mary discover that Jesus is the resurrection and the life, confessing their faith in him through word and deed (11:25-27; 12:3-8).

Mary Magdalene, whose surname is most likely a nickname given to her by Jesus (meaning “tower of strength”), is the first to meet the risen Christ in this Gospel. The later church gave her the title “apostle of the apostles”, emphasising her apostolic role and her significance in the spread of the good news. In John’s Gospel, she is the first to see and fully to believe, the first to be given the commission, the first to announce Jesus’ triumph over death. Her joyful announcement, “I have seen the Lord!” (20:18), is the formal Christian proclamation of the resurrection, as well as the deeply personal experience on which it is based.

The apostle Paul is often seen as a misogynist who had problems with women and their leadership, unlike Jesus. Yet this is far from being the case. Apart from anything else, Paul had a significant number of women colleagues who worked in ministry and mission alongside him. In one place, he mentions ten women who include the theologian, Prisca (Priscilla), along with her husband Aquila; the deacon, Phoebe, who worked in Corinth as deacon and a patron of the church, and was commissioned to take the Letter to the Romans to Rome on Paul’s behalf; and also the apostle, Junia, and her husband, Andronicus (Rom 16:3-16). For many years, it was questioned whether a woman could be an apostle, but there is no longer any doubt that the apostle’s name was “Junia”, a common female name. Even John Chrysostom in the fourth century recognised her as an apostle.

Even more important theologically is Paul’s core statement about baptism: “as many of you as were baptised into Christ have put on Christ. There is no longer Jew or Greek, there is no longer slave or free, there is no longer male and female; for you are all one in Christ Jesus” (Gal 3:27-28). Unlike circumcision, which is by definition only for males, there is a new identity in belonging to Christ in baptism, with far-reaching consequences for women, as for Gentiles and other outsiders. It is baptism into Christ that includes women in the covenant community of God’s people.

From this Christology flow radical implications for the believing community. Though being a Jew and a male, Christ through the resurrection embraces all human beings, gathering them into his identity. Elsewhere, Paul speaks of baptism as dying with Christ in order to rise with him. The pattern of Christian living is one where believers daily die to the old order of things and rise to the new (Rom 6:3-4). The death and resurrection of Christ make possible a new and transformed way of life, in opposition to the old order of sin, violence, oppression, domination, and death.

Paul is also aware of the first creation account in Genesis where women and men are created in the image of God (Gen 1:26-27; see 1 Cor 11:11-12). What this means is that the same original equality of men and women, before the fall, is now restored in Christ. Women need no longer be submissive and subservient to men but can take their rightful place within the community as those created in the divine image and re-made in the image of Christ.

The rest of the Pauline writings need to be set within the context of this key passage. From this perspective, not all the texts say what interpreters have assumed down through the ages. For example, though 1 Corinthians 11:2-16 is a difficult passage to understand in its details, it is clear that Paul sees women as able to participate fully and vocally in worship, including being given the highest gift of all, that of prophecy. They have their own authority to teach and preach in the gathered assembly (11:10).

In other places it is quietness that is called for, not silence, which means the kind of submission every Christian should cultivate in listening to the word of God (e.g. 1 Timothy 2:11-15). Women putting forward erroneous views in a contentious spirit are instructed to cultivate a receptive openness to apostolic teaching. These are desirable qualities in all Christians and need not exclude women from leadership or authority.

Other texts, such as 1 Cor 14:33b-34, which seems to contradict 1 Corinthians 11, may reflect a specific context now lost to us. Paul already knows that women are permitted, like men, to speak in the assembly. Why he should silence them here makes no sense. The passage may refer to a specific group of women, much less educated than their husbands, interrupting worship with their questions and objections; they are encouraged to take their questions home to ask their much better educated husbands. This is a context that is significantly different from our own. On the other hand, there are good arguments for considering these verses a later addition to the text.

The “household codes” also have their difficulties for us. These are instructions for Christian homes based on Greek philosophy addressed to a context where Christians are struggling to survive in the fierce world of Roman imperial power. They may seem less radical than other Pauline texts but they are attempting to tone down those aspects of the gospel which are perhaps too drastic for their immediate context. Thus they assume, for example, the institution of slavery as much as the submission of wives to husbands, attempting to soften these structures and give them a Christian motivation (e.g. Col 3:18-4:11; Eph 5:22-6:9).

In the Pauline letters we see both the radical calling of the gospel and the need, in specific contexts and for limited periods of time, to live in a reality that is far from ideal. Yet, in the end, what counts is the deep-seated invitation and summons of the gospel in its most inclusive forms — against racism, misogyny and any other barriers that human beings erect. We need great care in interpreting the New Testament so that its fundamental message is not lost in the detail, endeavouring to live out the far-reaching call to follow Jesus in his all-embracing, benevolent, and open-hearted ministry of love and grace.

The New Testament attests to the equality and mutuality of women and men within the home and in the life of the church, as well as in the secular arena. The women of Jesus’ ministry need to be re-discovered anew, as do the many other women of Paul’s mission. Mary Magdalene’s calling to proclaim the risen Christ is a vocation as much offered to women today as to men. We need no longer feel ourselves enslaved to patterns of male domination and authority. We are set free in Christ to become our true selves as daughters of God and sisters of Christ, remade in his image. This is the rediscovered lesson of the New Testament’s teaching on women.

Those who continue to oppose the gifts and calling of women sometimes speak of their position as “complementarian”, perhaps one of the most ironical and dishonest self-descriptions. Many women in lay and ordained ministry also believe that men and women have a degree of complementarity in the gifts they have been given, but without it denying their full equality and capacity to minister. A more honest designation of this position would be that of “subordinationism”, which has radical implications for women’s participation in all spheres of their lives. If women must be subordinate to their husbands in the home and to their pastors and priests in the church, they should not be seeking positions of leadership in their professions and trades in the secular world. They should refrain, on principle, from becoming heads of organisations, teachers, and politicians, and indeed taking on any task that accords them authority and leadership.

The real danger is that “complementarians” — without always realising it — are clinging to male power and influence, unable to relinquish it, even for the sake of the gospel. They read their own agenda into the biblical text, focusing on certain passages while ignoring others, especially those that proclaim the redemptive and liberating power of the gospel. The evangelical calling to such people is to relinquish power, as Jesus did, and to work with women and other marginalised groups in drawing all people into the inclusive and all-encompassing love of God revealed in Jesus Christ.