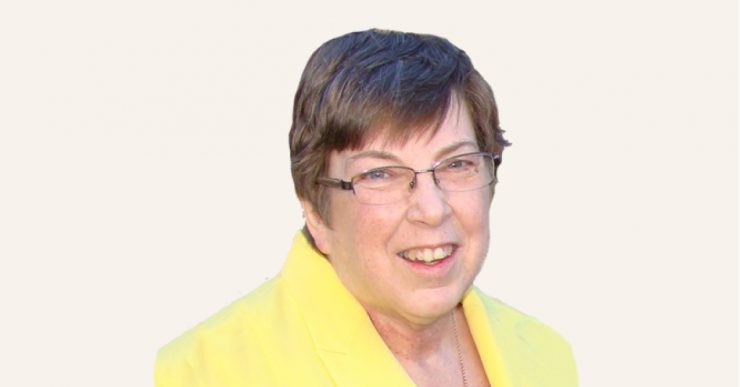 Sr Janette Gray, a Mercy Sister, in 2004 became a Faculty Member of Jesuit Theological College, Parkville. From 2012 until her death in December 2017 she was a Lecturer and post-graduate research Supervisor at the United Faculty of Theology, Pilgrim Theological College, and Yarra Theological Union. She died before she could publish her book based on her doctoral thesis, but the Mercy Sisters were kind enough to publish her doctoral thesis as it had been submitted and was approved for a PhD at Cambridge University (UK) in 2019.  Its title is: M-D Chenu’s Christian Anthropology: Nature and Grace in Society and Church.

Since I did not get a chance to celebrate the completion of your thesis with you at POPPIES ON CANTERBURY, where we always went for lunch whenever you returned from Cambridge, I wanted to write this letter to you even though you are no longer bodily with us and thank you for what you have given me. I always enjoyed our lunches because you could bring me up to date not only on your research but also on what was happening in Cambridge and especially could tell me how my friend Nicholas Lash (we had lived together at St Edmund’ College for two years) who was your supervisor was doing.

First of all I want to thank you for the wonderful thesis you have left with us. I cannot remember a thesis that I enjoyed reading more than yours.  I never wanted to put it down. I think it was because you were talking about events and ideas that were dear to my heart – ideas that I had picked up years ago when first reading Chenu: the Priest-Worker Movement and the Young Christian Workers (YCW), a positive outlook on the world as a creation that God saw as “good”, and a deeper meaning of incarnation.

I had become interested in the Priest-Worker Movement in France and the YCW in the late 1950s while still a seminarian. But it was only when I arrived in Rome in 1960 to study missiology that I became aware of the important connection Chenu had with both movements. The Priest-Worker Movement had been suppressed by that time, but I recognised that the theology behind it was at the “cutting edge” of mission theology, even though some traditionalists were not pleased with the idea that Mission de France was “authentic” mission. I devoured the talks and papers that were written in the journal Parole et Mission and was convinced by Chenu’s argument that to be Church it had to be in mission no matter where it was. The following summer I had the good fortune to meet some of the early worker-priests and got a personal account of the spirituality that Chenu had brought them. I made a pilgrimage to Lisieux where the worker-priests had held their annual conferences and spent the day thinking about Chenu and the priest-workers.  I was also thinking about his support for the YCW because he believed that the missionary task belonged to all Christians, not just to priests.

In the early 1960s “incuturation” had not yet become part of the missiological vocabulary. But Chenu talked about incarnation – God becoming one with humanity so that humanity could become divinised (a term he borrowed from the Eastern Churches) and it was this continuing incarnation within the world that was the evangelising task of mission. I didn’t fully understand what he was saying on this point but I knew it was not just a new missionary method or strategy that he was suggesting, but it was something much deeper, and I was excited about it. I was happy to read in your thesis that he himself had never fully developed the idea and so left us with a challenge to give full meaning to his insight. It gave me a whole new attitude to the various cultures and religious traditions in the world.

So thank you, Jan, for being such a marvellous tour guide as you walked me through some of the most formative understandings and attitudes I developed as time went on. Perhaps someday in heaven you can enlighten me further on these matters.

Yarra Theological Union is an inclusive and welcoming community, Catholic by tradition and ecumenical in spirit. We are committed to being a community of scholarship, prayer and pastoral care. We offer theological education and ministerial formation, open to those who seek educational and personal transformation in changing contexts. Our mission is to equip people for various ministries in the churches: parishes, schools, hospitals, church agencies and in the world at large.