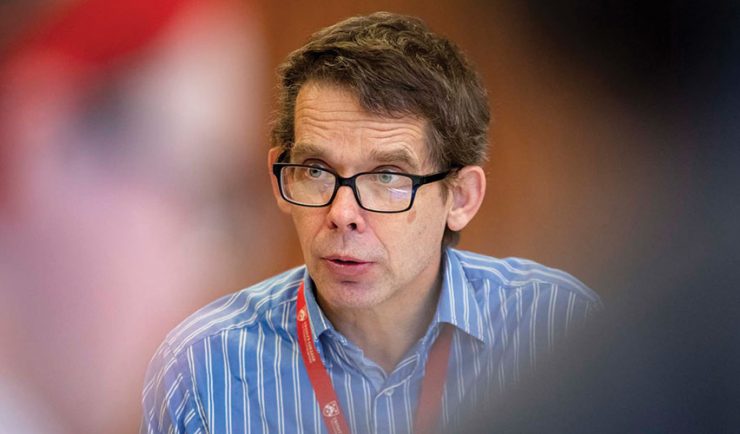 Was St Paul a chauvinist … or is there more to the story?

This article was first published by The Melbourne Anglican.

St Paul has, in some circles – both critical and popular, earned a reputation for misogyny, which seriously tarnishes his stature as a major figure in the emerging Christian movement. Even his apologists concede this, as the title of E. Randolph Richards and Brandon J. O’Brien’s Paul Behaving Badly: Was the Apostle a Racist, Chauvinist Jerk? (Downers Grove IL: 2016) suggests. When attention turns to the Pastoral Epistles, particularly 1 and 2 Timothy, the chorus of complaint becomes louder.

Sometimes, more critical eyes will introduce a distinction: that Paul was more enlightened than his reputation suggests, and that the strongly chauvinistic elements of his writing come from other hands. Thus, the vexed question of Pauline authorship provides a Marcionite salvage operation for the apostle’s legacy. But will this really wash? Simply excising portions of the New Testament on the basis of authorship does not resolve the question either from this perspective, or from that of canonical criticism – even for the more hotly contested Pastoral Epistles.

A different approach is needed: what if the problem is not so much with the texts, as with how they have been read and interpreted? Biblical scholars have long recognised the issues that dog attempts to identify the Jesus of history as opposed to the Jesus presented in the gospels. George Tyrrell famously compared many of the books which claimed to do this in the early modern period with people looking down a deep, dark well, seeing their reflection in the water and claiming that to be the Jesus of history. What, it might be asked, if the same problems have dogged the reading of the Pastoral Epistles? What if many of the misogynistic readings of Paul come not from the words attributed to the apostle, that is, the text itself, but from his interpreters looking down a different well? This would not be the first time such things have happened. We only need to think of the ways in which Paul’s words have been grossly misinterpreted, even by such redoubtable Christian thinkers as Martin Luther, to encourage anti-Semitism. Stringent efforts have been made, particularly since the Holocaust, to ensure that such unhistorical and distorted readings may be discredited. A similar effort is needed in regard to some of the contentious passages about women. Only a close reading of the texts themselves, irrespective of questions of authorship etc., will resolve the matter. So, let us look at two passages (1 Timothy 2:11-15; 2 Timothy 3:6-9) to make this case, aware that other passages such as 1 Timothy 5:4-16 bear similar scrutiny.

1 Timothy 2:11-15 is the first difficult passage to consider. It has sometimes been effectively taken as a gagging order for women in church. However, it does not need to be read in this way, and, I would suggest, should not. Let’s consider the circumstances first, noting that Paul was not alone among the religious and philosophical traditions of the time in allowing women to learn, but this was still a progressive attitude, and far from universal: both Epicureanism and Pythagoreanism, for example, had publicly recognised the participation of women within their discourse and schools. More problems arise from the English translation “in silence with full submission” (NRSV). This translation does not do justice to the Greek hÄēsuchia, which is better rendered as “quietness” or “tranquillity”. This suggests listening attentively and respectfully. Elsewhere, the New Testament writers demand that this same virtue be practised by men (Acts 22:2; 1 Thessalonians 4:11; 2 Thessalonians 3:12; 1 Peter 3:4), so it is not a special requirement demanded of women. While “submission” has been used to demand submission to men, the focus here on prayer and God, suggests that implies the wrong frame of reference. It is worth quoting Thomas C. Oden from his Interpretation commentary (First and Second Timothy and Titus [Interpretation. Louisville KY: WJKP, 1989]):

The text says nothing at all about to whom women are to be attentive. It is a large leap of logic to assume here that women are to be submissive to men. To learn tranquillity with all attentiveness is to learn that tranquillity from God through humility. The obedience is to God, not to patriarchy. (97)

2 Timothy 2:12 records Paul’s personal opinion (“I permit” – NRSV). 1 Corinthians 7:12,40 reveal that such remarks carry less weight than apostolic teaching, or what comes from the Lord. This has sometimes been turned into a general commandment with more authority than Paul himself has given it. Oden again:

The intent seems to be this: I personally do not allow a woman to teach or claim inordinate authority (domineer, dictate, issue command to, lord it over, usurp, rule) over ‘the man’. It is not that women in general cannot teach but that a woman cannot teach in such a way as to usurp authority over teachers already duly designated. (97)

Such a reading coheres at a number of points with the broader Pauline tradition:

So, if the principle that Scripture assists in the interpretation of Scripture bears any weight, such agreements in both argumentation and content make the readings given above part of a coherent and consistent pattern visible across the Pauline tradition.

This difficult section finishes with some remarks about Adam and Eve which include the puzzling words that women are saved “through childbearing” (1 Timothy 2:15- NRSV). This is obviously problematic if taken literally: what of those women who have never given birth? This is a verse which can be quoted literally and glibly, but sometimes Christian readers need to leave behind simplistic claims which effectively make their loving God into a capricious monster. This is one such case.

Oden finds a more satisfying alternative through a typological reading (99). Eve is, in Paul’s view, the completion of Adam, yet the first to sin. Earlier commentators resisted interpretations which made Eve subordinate to Adam. Neither “coming second” (what would the implications be for Jesus following the Baptist? asked Calvin), nor being like “a crown on the head” indicates inferiority. However, both Adam and Eve are complicit in humanity’s fall from grace into sin. Childbearing becomes a hallmark of that state for women, as the toil of the land does for men (Genesis 3:16-19). Now comes the shift. When Paul talks of being saved through childbirth, he does not stop with the Genesis story, but moves into the story of Jesus. Just as Jesus is the “second Adam” (Romans 5:12-21; 1 Corinthians 15:45-49), so “the Child-bearing” (as the Greek includes the definite article – tÄēs teknogonias) refers to the birth of the Saviour. Like “the Cross”, it is an example of a metonymy, which stands for the whole of Christ’s saving work. It roots salvation in Jesus’ life and work. To shift the onus of salvation to childbearing, not “the Child-bearing”, is to demand a works-righteousness, rather than salvation by gift or grace.

2 Timothy 3:6-9 shows how a translation may bring problems. The passage seems harsh and dismissive, presenting women as “silly” (NRSV). However, the diminutive Greek gunaikaria (little women) can be translated in a number of ways. The most famous diminutive in the NT occurs in Mark 7:27-28/Matthew 15:26-27, that difficult conversation between Jesus and the Syrophoenician, in which the Greek kunaria (little dogs, pups) makes the exchange less harsh. In 2 Timothy 3:6, the potential range of meaning also includes weak, vulnerable, or open to victimisation, with the further qualification that a religious sensibility and awareness of guilt (“overwhelmed by their sins” – NRSV) may make one even more liable to exploitation. It is still problematic for some, but not as dismissive as “silly”. Nor, incidentally, should the adjective be read as a universal: this statement concerns some, not all.

The real problem is that “silly women” tacitly encourages victim-shaming, and also avoids the critical issues of the passage. The emphasis of this section is on predatory behaviour, not women’s character. Indeed, such an interpretation fits naturally with the list of harmful behaviours in the preceding verses and is confirmed by the focus of 2 Timothy 3:8; Jannes and Jambres, the court magicians of Pharaoh who stood against Moses. The passage cries out against perpetrators, not their victims. The tragic history of abuse of the vulnerable by church workers which has been so widely documented and recognised in recent years should make today’s reader more aware of a reading that recognises the dangers of predators and abusers, rather than shames victims.

This reading presents a different picture of Paul from the one that has often appeared in recent years. It asks simply that texts like the Pastorals be read on their own terms. That cuts both ways. Reading these texts through either a knee-jerk dislike of Paul or an unreflective patriarchy denies both progressive and conservative readers alike the opportunity to hear the Word of God on its own terms, and be transformed. They simply see their own faces in the well.