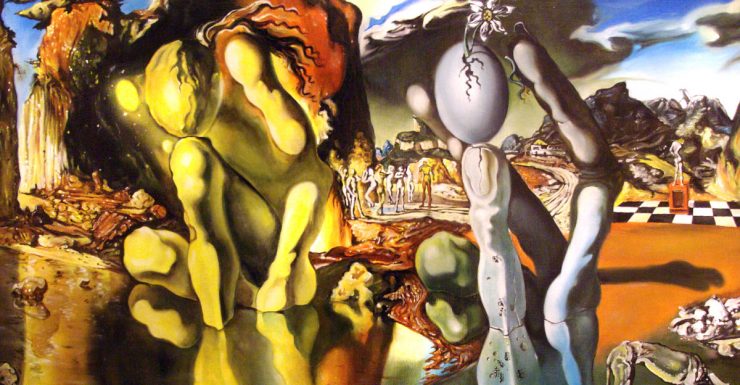 The Trinity in the Age of Narcissus

The American academic and social commentator Camille Paglia has a great knack for getting people’s backs up – both on the right and the left. I long ago encountered her brash take in a long piece, published in the classics journal Arion in 1991.[1] In it, she let fly at a number of targets. No French theorist escaped her blowtorch. Whilst some of the piece might now appear outdated, one remark grabbed my attention, and seemed eerily prescient for the present moment:

Current academic liberalism cannot understand the fragility of institutions, or the ease with which order, due process and civil liberties can be destroyed by assertions of anarchic selfhood (p. 192).

Except that, in 2020, we are, I reckon, very much aware of that said, and sad, fragility. And that fragility has been revealed by a wave of populism, and “alternative facts”. Pontius Pilate’s “What is truth?” resonates all too well with the current realpolitik, in which those who most often purport to be bastions of law and order embody the bankruptcy of a moral relativism or vacuum which they claim to resist.

Much of that seems linked to an inherent selfishness and narcissism which appears to have become a prerequisite for political life rather than a desire for public service. Self comes before service in the order of the day. Two pictures illustrate the difference.

The first is Salvador Dali’s Metamorphosis of Narcissus (above).

Narcissus, besotted with himself, is transformed into a flower. For Dali, it is a chronicle of delusion and hallucination. The scorched background serves only to highlight the descent into madness. This is not a desirable place to be. Narcissus, besotted by his own image, destroys himself, and takes the world with him. Ovid’s ancient Narcissus was trapped by his reflection in the water, the modern ones by social media. The hologram, the hologram! (with apologies to Joseph Conrad).

This desolation may be contrasted with a scene of consolation; Rublev’s iconic representation of the strangers who visit Abraham, Sarah, and Lot in the book of Genesis. Although depicted as being served, they themselves are there to serve and help, and will find themselves at risk in the cities on the plain. Christian tradition has identified these three visitors with the Trinity. 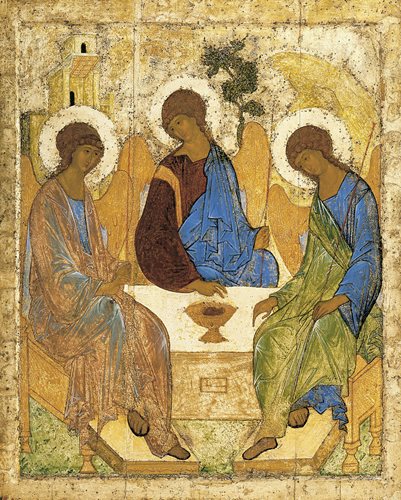 The desolation wrought by Narcissus’ self-love is replaced by the consolation of communion, and we find ourselves drawn into this landscape, wishing to be part of the fellowship which binds these three.

Look at the two again: which picture is more desirable? Where would you rather be? Which draws you to itself? It won’t be Narcissus. Simply not interested…

Narcissus’ self-love leads to loss and desolation; the service of the three to life and consolation.

It is no accident that those who serve are depicted as being served. Peter thought service without being served was possible (“You will never wash my feet” – John 13:8). Jesus disabuses him of the notion (“Unless I wash you, you have no share with me” – John 13:8).

That exemplifies a fundamental truth about our dealings with each other: that without knowing how to receive, we can never give well. That we cannot serve well without knowing what it is to be served. And that, if we think life is only about being served, therein lies Narcissus’ path to desolation.

Conversations in religion and the healing arts