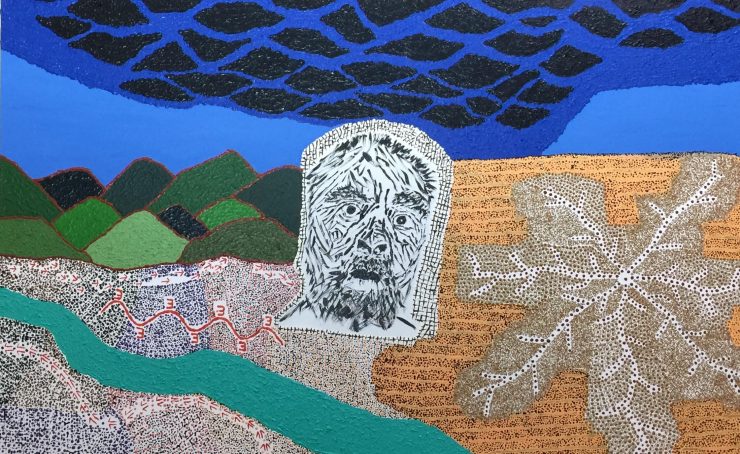 The Queen: Symbol of Imperialism and Colonialism for First Nations Peoples of Australia

Guest Author
Share
Tweet
Share
Email
0 Shares
This article was published by Ethos on 23 September 2022 and is shared on Vox with permission. Read the original article here.

Over the last ten days, Australian media have been totally consumed by the death of Queen Elizabeth II and all media channels have been obsessed in their focus on this and all that goes with it. It is no doubt a sad time for family when they face the loss of their mother, grandmother and great-grandmother – no matter the age, the loss of one’s mother is the most significant heartache a child can experience.

Many Australians, too, have been in mourning, though people’s views about the monarch are determined how they responded to her loss. The younger generations didn’t feel especially impacted by her loss while the older generations were left bereft by the death of the Queen.

First Nations people of Australia hold a deep respect for funerals, which we call ‘Sorry Business’, as this is one of the most important ceremonies held in an Aboriginal person’s life. The status of the deceased in terms of leadership, authority and being a knowledge holder determines the length of time given to ‘Sorry Business’; this can last from a week to months, as it is important to show respect to the deceased person. It is important to ensure the deceased person’s spirit/soul is sent on to the spirit world. So, any comments made about the Queen at this time would be not out of disrespect but rather lamenting the lost opportunity to repair broken relationships and correcting the wrongs of the past.

The media commented often on the Queen’s sense of duty and service. However, nothing was stated about the life of wealth, privilege and power she enjoyed – it’s easy to perform duty when you live a life of riches and luxury. Having people wait on you around the clock and every want and need being catered to is something the majority of average Australians would never experience in their lifetime. Yet I find it fascinating to see working class Australians caught up in the pomp and ceremony of the Queen’s funeral. This is especially so when most of these people would never have met her nor even know her in the true sese of the word. All we really know is the public persona the media have constructed, which they tried to convince us was the same as the private persona – but we know this isn’t true. We know very little about the Queen and what she really thought.

For most First Nations peoples in Australia, the Queen is a symbol of British imperialism under which we were colonised, our land stolen, our people massacred, cultural genocide committed, children stolen and the high incarceration rates of our children, women and men has been allowed. British colonisation has left our First Nations peoples with intergenerational trauma. But colonisation has never stopped in Australia and is still reflected in the racism that continues to permeate every aspect of our society. And so, I am not surprised by the response of Aboriginal leaders, including Christian leaders, to the Queen’s passing. As prominent First Nations theologian, The Rev. Dr Garry Worete Deverell, wrote:

…I have no objection to Christian people praying for the royal family and the British people in their grief. I’m just astonished that a [Australian Anglican] church which makes no mention of the British Crown in its constitution would want to celebrate that Crown in ways that so unfeelingly rub British coloniality in the faces of those of us who have suffered most at its hand. (Uncommon Prayers, BlogSpot, Thursday 15th September 2022).

On various occasions, the Queen had met with Aboriginal leaders who spoke with her about the failure of the Commonwealth to negotiate a treaty with the First Nations people. She had ample opportunity (70 years) to address this and many other injustices and to rectify the wrongs of her forebears, but sadly she didn’t do so. Australian historian Henry Reynolds, in his recent book titled Truth Telling, unravels our many assumptions and historical fictions, enabling us to speak with greater authority in the current political discourse regarding the missed opportunities and future possibilities around ‘Truth Telling and Treaty’.

While several First Nations people criticised the monarch and all that comes with royalty, we can’t allow the Australian government, church and society off the hook for its failure to address the injustice, racism and lack of recognition of Aboriginal rights and their complicity in the dehumanisation of the Aboriginal people. The future actions of the Australian government, church and society will determine how they value the oldest living culture embodied in the First Nations people of Australia, what level of recognition is given to us and whether our leadership is embraced.

The Uluru Statement and its two concepts of sovereignty