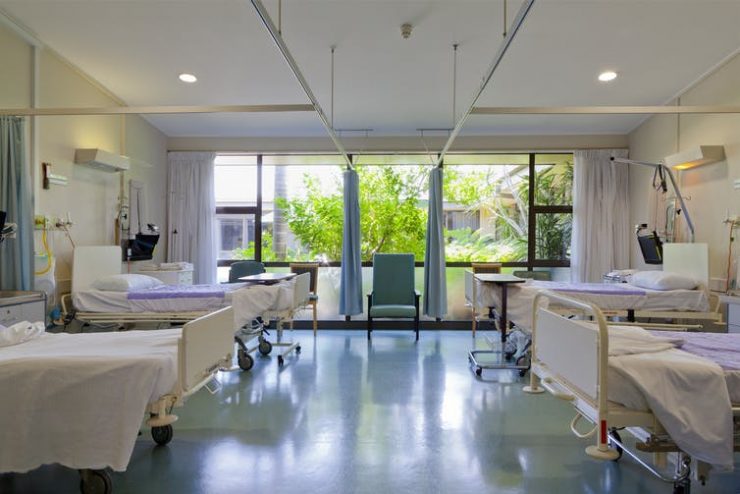 This article is part of a series examining the Coalition government’s record on key issues while in power and what Labor is promising if it wins the 2019 federal election.

The Turnbull/Morrison government has a mixed record, at best, on health.

The 2019 budget cash splash includes more promises on health but these will not come into effect until after the election. So they are just promises, not actions that have changed the health system.

Here’s the report card on the Coalition’s performance since the 2016 election.

1. Grants to the states for public hospitals

Public hospital funding has been a failure for this government.

The Coalition’s 2013 election promise to keep the Labor policy on hospital funding growth was not repeated at the 2016 election. The Commonwealth now funds only 45% of the costs of growth, not 50% as previously promised.

This funding gap – Labor calls it a cut – left the government exposed during last year’s by-elections to charges that it was short-changing local hospitals.

The claim appeared to gain traction with voters, so we should expect to see a re-run of this tactic in this election. This started with Bill Shorten highlighting the issue in his budget reply speech, promising to “put back every single dollar that the Liberals have cut from public schools and public hospitals”.

Despite bribes and threats, the federal government has failed to negotiate hospital funding agreements with Victoria and Queensland, together covering 46% of the population. As a result, those states are at risk of being left in a funding limbo when the current arrangements expire on June 30, 2020.

The government response has been a committee, a report, and a promise of transparency or, more accurately, a promise to encourage voluntary fee transparency.

Increased transparency is all well and good, but it puts the burden of reducing out-of-pocket costs on consumers, who generally do not have enough information to make informed choices. The complication rates of different specialists, and other measures of quality, are not yet routinely available to patients, or even GPs.

This area should be marked as a policy fail.

Promises about diagnostic testing before the 2016 election were of two kinds: more reviews and more machines that go ping, the latter dropped into marginal electorates as part of the cargo cult which appears endemic during election campaigns.

Left unaddressed is the need to reform the pathology market to recognise that pathology provision (such as blood and tissue tests) is a big business and needs to be treated as such, by procuring via tenders rather than fee-for-service.

The government has also failed to end the over-use of diagnostic tests. This could have been done by reducing payments for tests which have been shown to add little value and encouraging more evidence-based diagnosis. Another fail.

A third key area of specialist provision, mental health, is a mess. Before the 2016 election, the Coalition promised to “strengthen mental health services”.

The latest Panglossian national status report on mental health gives no hint of the underlying problems of poor access, misdirected funding, lack of teamwork, and appalling rates of suicide in Indigenous communities. Yet another fail.

The much-vaunted Turnbull-era Primary Health Care Homes Trial – once the vanguard of a primary care revolution and core to the government’s policy announcement’s before the 2016 election – has disappeared from the radar.

In its place, announced in this year’s budget, is a new capitation-type payment for general practitioners.

Although the details are still to be fleshed out, this will probably allow general practitioners to introduce remote consultations – such as advice by email for those who want it – and have practice staff reach out to people with chronic illness to track how they are going to reduce future problems.

This is a good move, and reflects recommendations from a review of general practice items as part of the broader Medicare Benefits Schedule Review.

Other important recommendations from the general practice review seem to be languishing, and there is no sense that overdue primary care reforms are being tackled in a serious and systematic way.

Overall, however, the government has been moving in the right direction in this area, albeit slowly and with false starts. A solid pass.

Before the 2016 election, federal health minister Greg Hunt signed agreements promising to talk to and work with all components of the pharmaceutical supply chain.

This has been a success story. New drugs are now listed in line with recommendations from the Pharmaceutical Benefits Advisory Committee, ending the delays and political interference of yesteryear.

Labor has promised to do the same.

Pharmaceutical prices have come down, so the prices paid by Pharmaceutical Benefits Scheme (PBS) for drugs are now closer to international best practice. But anti-competitive restrictions on pharmacy location remain, to the benefit of pharmacy owners.

These changes are unlikely to have much impact on private health insurance coverage, which has been declining in recent years.

Overall, no harm has been done, but unfortunately most of the fundamental problems of the private markets have not been confronted. Borderline achievement.

Barely a week goes by when Hunt is not announcing yet another funding initiative. He has two big slush funds from which to dispense goodies: the Medical Research Future Fund and the Community Health and Hospitals Fund.

The criteria for distributing money from these funds is opaque; it is difficult to discern any strategic vision informing the way the largesse is being spread.

There was a veritable cornucopia of policies announced before the last election, from glucose monitoring to treatment of rare teen cancers.

All were worthy, and most were designed to placate vocal sectoral interests. Most have been implemented, but few will change the fundamentals of the health system or improve integration of the system’s many disparate elements.

Scattered like programmatic confetti, each of these funding dollops will yield a minor benefit, but together they will lead to more funding silos, less policy integration, and more confusion about the roles of the Commonwealth government and the states.

What’s more, they will give more heart to vested interests, and undermine rational national health policy.

What Labor has promised so far?

Health is an area of comparative advantage for Labor – voters tend to trust Labor more than the Coalition on Medicare.

Not surprisingly, Labor capitalises on that, and opposition leader Bill Shorten made health policy a key element of his budget reply speech.

Last month Labor promised to lift the freeze on Medicare rebates for general practice consultations, a promise matched by the Coalition in the Budget.

Labor has also set out a longer-term vision for reform of the health system, including a proposal for an ongoing “reform commission”.

The centrepiece and most expensive was a massive “cancer plan” commitment to address out-of-pocket costs for people with cancer. This includes expanded Medicare rebates for MRI scans for cancer patients, a new rebate for bulk-billed visits to oncologists, and a guarantee that all new drugs recommended for listing on the PBS will be listed.

Stephen Duckett, Director, Health Program, Grattan Institute and member of the University of Divinity’s Centre for Research in Religion and Social Policy.

A Post-Christendom Sort-of Commentary on the Basis of Union: Post 1/4