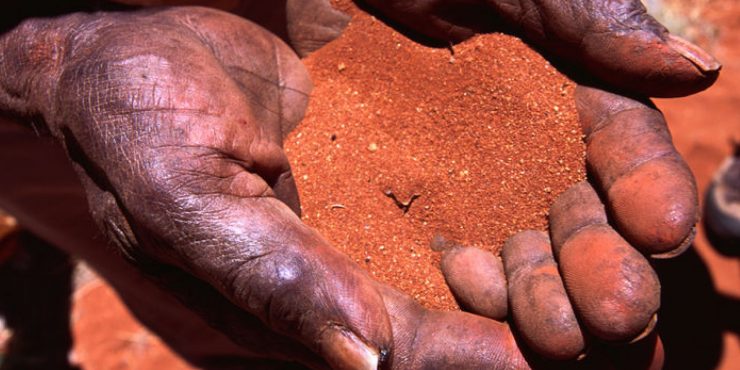 Sovereignty is a Spiritual Notion: Treaty and Freedom of Religion

The current debate about freedom of religion in Australia has been overly narrow in its scope.

Various anxieties are circulating about the ways in which the state may soon extend its jurisdiction over religious institutions, or deny the participation of religious agencies in public spaces.

But there are more fundamental questions at stake, and these go to the very foundations of political authority.

In his recent Lowitja O’Donoghue Oration in Adelaide, Noel Pearson returned once again to the idea that:

“sovereignty is a spiritual notion: the ancestral tie between the land, or ‘mother nature’ and the Aboriginal and Torres Strait Islander peoples who were born therefrom, remain attached thereto, and must one day return thither to be united with our ancestors. This link is the basis of the ownership of the soil, or better, of sovereignty. It has never been ceded or extinguished, and co-exists with the sovereignty of the Crown.”

The quotation comes from the Uluru Statement from the Heart, but most of the wording was originally framed by an African lawyer, Nicolas Bayona-ba-Meya, in the Western Sahara case (1975). Bayona-ba-Meya flatly rejected the idea that state sovereignty rests on nothing other than a popular vote, or perhaps on a murky ancestral link to a European Crown. A spiritual sovereignty in Indigenous law could be asserted in the face of any imperial imposition.

The language of spirituality might seem to muddy the waters, but it is hard to find the right words when “religion” has been so alienated in modern legislation from most of its primordial connections. Under Aboriginal tradition, there are no meaningful separations between land ownership, natural resource management, cultural heritage and religious practice. So the recent talk about freedom of religion re-opens some old wounds.

The Uluru Statement from the Heart was controversial in many quarters, and not just in Canberra. One notable response came from the Aboriginal lawyer Michael Anderson, who articulated some clear distinctions between various notions of sovereignty. Anderson recalls the political situation in 1983, when he and Ossie Cruse, the elected diplomat from the National Aboriginal Conference, visited several African countries in the exercise of their international relations.

Anderson also refers to the reservations expressed at Santa Theresa in the Northern Territory about the language of Makaratta. Some were worried that Makaratta might be diminished within domestic treaties, but there was an additional complication: the Elders insisted that “most of their community was operating under two religious themes, their own and the Bible.” This complexity was well known to Pastor Ossie Cruse, to Rev. Djiniyini Gondarra (from the Uniting Church and the Yolngu Nations Assembly), and to many of the Aboriginal leaders who have maintained a Christian identity – including the legendary Baptist figure, Lowitja O’Donoghue. And in the most exquisite of ironies, one of plaintiffs in the 1992 Mabo case in was an Anglican priest, Father Dave Passi.

Christian doctrines of discovery were notoriously racist, and one might also wonder whether the Christian imagination has a fatal flaw when it comes to freedom of religion.

Thankfully, there have been some notable minority reports, even among European theologians. Famously, Bartolome de las Casas (1474-1564) inveighed against all coercion in religion while preserving Catholic rights to travel and trade – a humanitarian face of empire. Another version of humanitarianism also came to expression in the Colonial Office in London in 1830s, around the time that South Australia and Victoria were being invented. The Colonial Office asked for evidence of treaties with the natives, on the assumption that the Crown had a self-evident right to make such treaties.

Perhaps the most significant minority report in the Christian imagination, however, was lived out on Rhode Island, where a more Baptist separation of church and state led to a direct hit on the doctrine of discovery. Roger Williams (circa 1603-1683) condemned this doctrine as a “solemne publick lye” by means of which “Christian kings (so calld) are invested with Right by virtue of their Christianity to take and give away the Lands and Countries of other men.” The settlement on Rhode Island was therefore underpinned by a hybrid blend of Narragansett customary law and English contractual practice.

Williams went beyond even the achievement of the Treaty of Westphalia in 1648, which, after the Thirty Years war, had established the principle of cuius regio eius religio – “the religion of a territory shall be that of its ruler.” Like the Baptists at the time, Williams did not endorse this principle of religious uniformity within particular jurisdictions.

Instead, he advanced the liberty of conscience with relentless consistency. The consequence was that Rhode Island was founded as a multi-religious society, and Williams based his political theology on lengthy discussions of the Bible in The Bloudy Tenent of Persecution, for Cause of Conscience (1644). The biblical narratives consistently opposed the tides of empire, whether Egyptian, Assyrian, Babylonian, Greek or Roman – although Williams reserved some praise for Persian rule when it acknowledged the enduring value of ancestral law in Israel.

One might need to conclude, then, that Aboriginal and Torres Strait Islander Christians have more in common with Roger Williams than with the Crown’s ancestral Anglicanism. Regretfully, however, most Baptists seem to have lost touch with the implications of their historic dissent, not just for the exercise of religion in multi-religious democracies but also for the lived experience of multiple sovereignties.

The colonial charters in North America allowed for a measure of legal hybridity, so both Rhode Island and Pennsylvania could provide legal protections for treaties with their Indigenous peoples for reasons that were clearly connected with Baptist and Quaker political theology. But, in the long run, American republicanism would mutate into a utilitarian democracy within which majorities could simply overwhelm Indian minorities, and dishonour all of the earlier treaties.

A similar story has unfolded in Australia, so far without the potential benefit of treaties. There have been a number of minority reports, not least from a long line of Aboriginal and Torres Strait Islander Christians who have led the land rights struggles in Australia. All of them identified these struggles as spiritual matters. Already in the 1930s, when the Barmen Declaration affirmed a divine sovereignty higher than the Nazi state, William Cooper’s resistance to an unjust political order was confirmed by the same Christian faith. (His memory has now been enshrined in the federal seat of Cooper, following a recent name change announced by the Australian Electoral Commission.)

An Aboriginal member of the Victorian parliament, Lidia Thorpe, has consistently expressed reservations about Victoria’s Treaty Process Bill (2018) on the grounds that it does not acknowledge Aboriginal sovereignty. Her point should be obvious to all persons of good conscience.

We might need to conclude that a treaty process in Australia is, indeed, the first challenge for the free exercise of religion. As Mark McKenna recently suggested in his Quarterly Essay: “James Cook’s eight days at Botany Bay have been made to appear more significant than millennia of Indigenous occupation.” Repenting of this mis-reading of history will require some religious and spiritual energy, not just legal ingenuity.

This article was originally published on ABC Religion and Ethics, 7 July 2018.

Professor Mark Brett teaches Hebrew Bible and ethics at Whitley College and is in regular demand as a Higher Degree by Research supervisor and examiner. His work is concerned with the intersection between religion and politics in contemporary Australia and the South Pacific, and the lifting up of indigenous theological voices.

The Bible and Borders: Does Scripture Belong in the U.S. Immigration Debate?