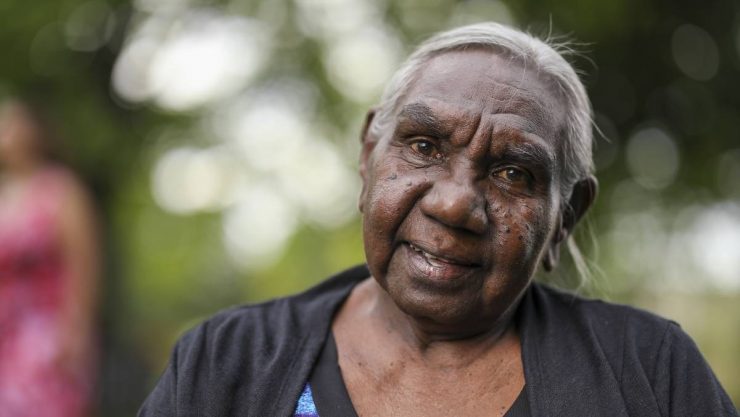 Colonisation is not only about the annexation of land and the removal of those who live on it. It is also about the annexation and repurposing of imagination and thought. The ‘white possessive’ (a term from Aileen Moreton-Robinson) wants to own the brains and hearts of Indigenous peoples, as well as our territories and bodies. That is why the ‘welcome’ offered to Indigenous people into white institutions, especially institutions of learning, is deeply conditional. ‘You are welcome’ means ‘You are welcome so long as you submit to our (white) knowledges, our (white) epistemologies and our (white) ontologies’. Resisting the terms of that conditional welcome is fraught with difficulty because it is offered by the dominant, controlling, culture. It is a welcome backed not only institutional power, but also by the dominating imagination that animates that power. In this context, when a white teacher says ‘listen to me’, the invitation comes with a number of unspoken corollaries: ‘ . . . because I know the objective truth . . . because your truth is inadequate to the real (white) world you must face . . . because your survival as a worthwhile contributor to (white) society depends upon your listening . . .’ and so on.

Miriam-Rose Ungunmerr-Baumann’s invitation to come listen (‘dadirri’) to Aboriginal and Torres Strait Islander peoples is therefore deeply radical. She is not inviting (white) people into a lovely, wafty, spiritual experience with ‘nature’, for example, the kind of experience that you can also get from a (white) Buddhism that is deeply compatible with, and supportive of, (white) middle-class suburban life. She is inviting (white) people to question and relativise the very foundations of the white possessive, including its imaginative power, its epistemologies and ontologies. What Miriam-Rose means by ‘dadirri’ is a deep and sustained process of conversion, of learning and unlearning: a learning about Indigenous practices of ethical relationality with the ancestor-creators who formed the earth, with country and waterway, with animals and plants, and finally with other people; and, with that, a subsequent unlearning of (white) practises that ignore and even abuse these deeply beloved kin.

Conversion like this will certainly never happen if Indigenous knowledges and practises continue to be seen as interesting but marginal, pretty and decorative, like a dot painting on the wall of a suburban home that is otherwise entirely european in style. Conversion only comes, I believe, when the stability and apparent ‘success’ of a particular paradigm starts to come undone. I suppose I hope that the ecological emergency that is slowly starting to penetrate (white) Western consciousness, along with the collapse and imminent implosion of (white) churchly structures and their supporting theologies, may eventually create the kind of crisis in which Christian people will eventually turn to what the world’s oldest living cultures might have to say.

Insofar as the Christian faith can be an ally in that learning and unlearning, Miriam-Rose, myself, and many others are happy to be Christian. But the Christian faith we embrace will be necessarily different from the dominant (white) ways of being Christian. Our faith remembers that Christianity arose in a colonial setting as a protest against the excesses of the Roman empire and against the Jewish leaders who collaborated with empire in their oppression of ordinary people. Our faith remembers that Jesus was a keen observer of the processes and cycles of local ecosystems, and that he counselled his hearers to attend to the lessons he observed there in the parables. Our faith remembers that Jesus blurred the difference between bread and his body, wine and his blood, all these things being, for him, a dying and a mourning by which life and joy is given anew, as much in country and ecosystem as in human community. Our faith remembers that Jesus was concerned, most of all, with the last and the least, the forgotten victims of oppressive structures and regimes. In him we see ourselves, and we hear in his message the voice of our ancestor-creators who say that life is not yet spent, that there is hope yet for a better tomorrow.

With thanks to Prof Dorothy Lee who prompted me to write something about this.
Garry Deverell

The Reverend Dr Garry Deverell is a trawloolway man, an Anglican cleric, and the Vice-Chancellor’s Fellow in Indigenous Theologies at the University of Divinity.

Figuring the Enemy: Call for proposals