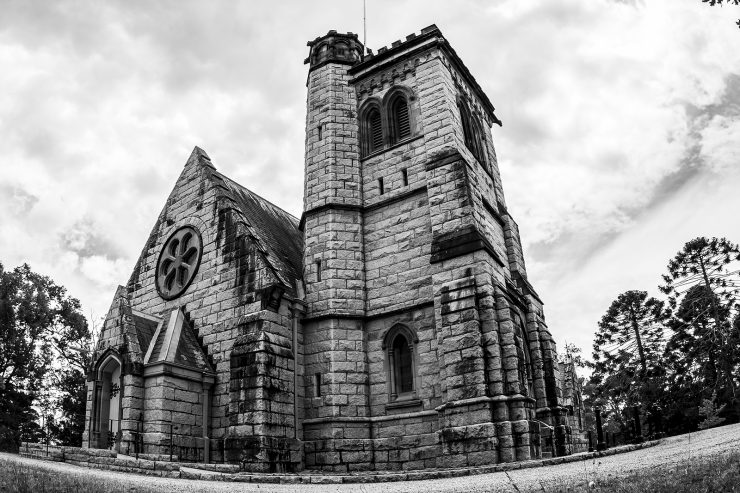 How are the churches to reckon with their colonial heritage?

Garry Worete Deverell
Share
Tweet
Share
Email
0 Shares
The following was an address given by Dr Garry Deverell at the Inaugural First Peoples’ Theological Conference on Sat 22 October 2022, which convened at the Wesley Conference Centre on Gadigal country. The conference theme was, “Walking Together: How can the Church Embrace First Peoples’ Theology in a Post-Colonial Australia?” The conference was hosted by The Synod of NSW and the ACT, in collaboration with the United Theological College, Uniting Mission and Education, and Newtown Mission.

I want to remind the churches that you have a colonial legacy, and in five senses:

This account gives rise to a fundamental question: how are the churches to reckon with this colonial heritage. Well, to answer this (at least in part), I will appeal to the Pauline tradition as we have it in the New Testament.

Consider the second chapter of Paul’s letter to the Philippians, which says:

If then there is any encouragement in Christ, any consolation from love, any sharing in the Spirit, any compassion and sympathy, make my joy complete: be of the same mind, having the same love, being in full accord and of one mind. Do nothing from selfish ambition or conceit, but in humility regard others as better than yourselves. Let each of you look not to your own interests, but to the interests of others. Let the same mind be in you that was in Christ Jesus,

who, though he was in the form of God,
did not regard equality with God
as something to be exploited,
but emptied himself,
taking the form of a slave,
being born in human likeness.

And being found in human form,
he humbled himself
and became obedient to the point of death —
even death on a cross.

Therefore God also highly exalted him
and gave him the name
that is above every name,
so that at the name of Jesus
every knee should bend,
in heaven and on earth and under the earth,
and every tongue should confess
that Jesus Christ is Lord
to the glory of God the Father.

Notice a number of features about this passage. It is addressed to a group of Christians who are divided, one against another, who are selfish — who look out for their own survival and wellbeing at the expense of others. Does that sound familiar?

The Apostle then contrasts this behaviour to that of Jesus — who, though enjoying a certain ascendency in the cosmic order of things, empties himself (kenosis) of all such power and privilege in order to come among human beings as a slave who has no power at all (doulos).

The passage then creates a model, a pathway, which Christian communities are encouraged to imitate and follow in order to be truly alive and vital. It is the path of “kenosis”: a dying in order to rise to a rather more elevated — more other-centred — mode of being; a dying to all that is power-over, power-acquisitive, power-for self-alone; and a rising to power-with, power-giving, power for the wellbeing of others.

The questions then arise: How are you settler Christians, you immigrant Christian communities — you who have empowered and enriched yourselves at the expense of Indigenous people — going to let that power go? How are you going to redress the balance? How will you take the power you acquired by genocide and ecocide and return it to those you wronged, and continue to wrong? If you are Christians, then it can never be a question of whether you return such power; it can only be a question of how. For if you do not imitate Christ in this manner, can you really be called Christians at all?

Let us interrogate further the question of “how”, beginning with a couple paragraphs from the eighth chapter of Paul’s second letter to the Corinthians:

For you know the generous act of our Lord Jesus Christ, that though he was rich, yet for your sakes he became poor, so that by his poverty you might become rich. And in this matter I am giving my advice: it is appropriate for you who began last year not only to do something but even to desire to do something — now finish doing it, so that your eagerness may be matched by completing it according to your means. For if the eagerness is there, the gift is acceptable according to what one has — not according to what one does not have. I do not mean that there should be relief for others and pressure on you, but it is a question of a fair balance between your present abundance and their need, so that their abundance may be for your need, in order that there may be a fair balance. As it is written,

The context here is that there are two church communities: one that is very poor and another that is quite rich. We’re referring to actual, economic, resources here, not so-called “spiritual” resources — intangible things like wisdom or humility. We’re talking about money and property. The Apostle appeals to the rich church to share its abundant resources with the poor church by invoking, again, a kenotic Christology. His argument, in summary, goes something like this:

Now, obviously, there is no hint in this text that the rich church gained its riches by stealing its wealth from the poor church. But, this being so, how much more ought the colonial church consider the ways in which it might return its stolen resources to the people from whom they were stolen?

It is at this point that the question usually arises: “Fine, but what would that actually look like for our own local church community, our own denominational organisation?” The answer to that might become the substance of treaty proposals, the ways in which the deeply uneven balance of power between colonial and Indigenous communities might be rendered more equal. So, I invite you, the members of the colonial church, to consider the following.

At the denominational level:

At the local congregational level:

A more just sharing of the land you have stolen from us, including its commercial value, would obviously make a huge difference to the kinds of programmes Aboriginal Controlled Community Organisations could run to assist our people to escape from poverty and reclaim our rightful heritage as the sovereign peoples of this country. It would also make a huge difference to our capacity to reclaim and pass on our practical wisdom and spirituality to the next generation, whether Indigenous or settler.

In the church, the sharing of these resources would provide a sure and reliable economic base for the work of our Aboriginal and Torres Strait Islander ministries, and for our theological research and teaching. The fruit of these ministries would make for stronger Aboriginal and Torres Strait Islander communities and higher profile for our spiritualities and theologies in the knowledge repositories of our nation. Knowledges that are desperately needed if we are to heal, and form a more mutually supportive relationship with Country.

But land and resource justice is really just a beginning, a foundation.

At the same time, the churches would do well to allow us (for the first time) to set up camp in the centre of your corporate life: to allow us to migrate from the periphery — where we are out of sight, out of earshot, out of mind and heart — into the places where theology is formulated, and decisions made about ministry and mission. Because you need us. Your churches are in decline because they are seen as either too irrelevant or too corrupt to make a meaningful contribution to solving the many problems that plague us. Aboriginal knowledges, on the other hand, are on the up. Universities are including our wisdom about the earth, the stars, flora, and fauna, as well as the human body and mind, in their curriculums. Climatologists, botanists, and environmental scientists are consulting with us about how to better manage country. Fire authorities are seeking to learn about our fire-farming techniques.

The churches need to get with the programme. You need us, and our perspectives, to help you deploy your theological and ministry resources in ways that help and do not harm, in ways that produce patterns of healing and care rather than wounding and indifference. You need us. So why are we not on your councils, your boards, and your ministry teams? Why are we not among your bishops, your general secretaries, your moderators? Why are we not among your theological teachers and researchers?

After all, our theology is rather different to yours. It is centred in:

Our theology is much older than yours — up to 120,000 years older. It is also deeply connected to how we live with the earth in general, and to this Country in particular. If your theology is to ever leave the shores of the European enlightenment and come to live in this place, some radical transformations need to take place. And you need us to help you make those transformation. Because, to be frank, you don’t know what you don’t know. And what you think you know is proving quite inadequate in the face of the damage you’ve done since you arrived.

So, let me be so bold as to suggest that the churches are at a kairos, a threshold of decision: a critical or opportune moment. In other words, you are at a crossroads. You can either continue on the path you have taken since you arrived here — the colonising path, which is to make yourselves the centre of all things and therefore leading exploiters of both this land and its Indigenous people. Or you can take a different path — a path which would mean decentring yourselves, giving up a lot of that power and status to which you have become accustomed, and listening, instead, to the wisdom of Country and its children; listening to those whom you have habitually harmed and ignored, to Aboriginal and Torres Strait Islander peoples, the people of this land.

Permit me to conclude by citing the prophet Jeremiah:

Thus says the Lord:
Stand at the crossroads, and look,
ask for the ancient paths,
ask where the good way lies;
and walk in it.
Then you will find rest for your souls.

Perhaps the churches might now answer the divine voice differently than did the ancient Israelites? I quote Jeremiah again:

But they said, “We will not walk in it.”

Garry Deverell is Lecturer and Research Fellow in the new School of Indigenous Studies at the University of Divinity.

Reverend Dr Garry Deverell is a trawloolway man and a Lecturer and Research Fellow at the School of Indigenous Studies in the University of Divinity. From 2019, Garry chaired the working group that conceived the model for the School and brought it into being. Garry is a theologian of liturgy and sacraments, of Christian community, and of Indigenous experience in the colonised world. He is the author of Gondwana Theology (2018) and The Bonds of Freedom (2008) as well as multiple journal articles and book chapters.

Women’s Ordination in the Anglican Church of Australia