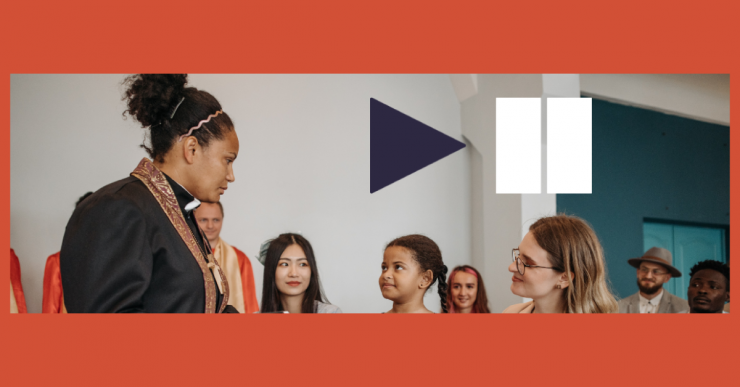 Women’s Ordination in the Anglican Church of Australia

Trinity College Theological School
Share
Tweet
Share
Email
0 Shares
This article was published by Australian Academy of the Humanities in October 2022 and is shared on Vox with permission. Read the original article here.

The Anglican Church in Australia has made great strides in its approach to women and women’s leadership over the past thirty years. In 1992, women were first ordained as priests in Perth, with Adelaide and Melbourne quickly following. Soon, many other dioceses (geographical regions) joined them. In 2008, the first women were consecrated as bishops, and in 2017, Kay Goldsworthy was appointed Archbishop and head of the Anglican Church in the Diocese of Perth. Currently, nearly a quarter of ordained priests are female, but men dominate the upper echelons of the church hierarchy.

Despite three decades of progress, a number of dioceses refuse to ordain women and will not recognise the status of women ordained in other dioceses. In particular, the powerful, conservative and wealthy Diocese of Sydney refuses to allow women to become priests or bishops. They believe that the bible does not permit women’s leadership in Christian churches–a view that has been vigorously contested by other Anglican biblical scholars.1 Most significantly, the Diocese of Sydney clings to the notion of male headship in marriage and the requirement that wives be submissive to their husbands. Their stance on this and other issues is in considerable tension with the majority of Anglicans across the country.2

The newly-formed ‘Diocese of the Southern Cross’ (DSC), which is, in effect, a breakaway denomination from the Australian Anglican Church, has been somewhat coy on the issue of women’s ordination. Created under the influence of the ultra-conservative Global Anglican Futures Conference (GAFCON) movement, the DSC will most likely refuse to ordain women as priests, even though it may make an initial show of accepting already-ordained women. The Bishop of the new denomination, Dr Glenn Davies, is certainly opposed to women’s priestly ordination, and he is also opposed to the blessing of same-sex marriages. In 2018, when he was Archbishop of Sydney, he asked the supporters of same-sex marriage to leave the Anglican church. Ironically, it seems it is he who has left, not they.

At first glance, one might assume that the opponents of women’s ordination would be senior males who feel their power and prestige are threatened by an influx of female clerics. But, in fact, there are also a number of much younger men promoting ‘wifely obedience’.

Regardless of the age of their adherents, these views are influenced by the religious right in the USA with its politically entrenched conservatism. Their notions of biblical womanhood conceive women as mothers and homemakers and biblical manhood as manifest in male leadership.

Another form of conservatism exists alongside those espoused by the Diocese of Sydney and the DSC. Called ‘complementarianism’, this view holds that women are equal to men and can be ordained priests, but not vicars of parishes. Moreover, they cannot hold authority over men and are to render obedience to their husbands. ‘Complementarianism’ is potentially more insidious than the rigid conservativism that confines women’s roles entirely to the domestic sphere.

Nonetheless, whether in softer or harder forms, such patriarchal attitudes among clergy are of great concern to women across the church spectrum, ranging across those with evangelical or progressive perspectives. Women’s ordination has clearly caused tensions within the Anglican Church, as the emergence of the GAFCON movement reveals.

Women’s leadership has enhanced deeper cultural shifts in the Anglican church that had been building over decades. Generally, women support a more inclusive and comprehensive vision of church, with a commitment to diversity at every level. In dioceses with women leaders, mutuality and respect in a context of dialogue is valued rather than dogmatism and authoritarianism. The hope of many Anglican women is that this vision will prevail over more judgmental and narrow understandings that exclude many diverse people from full participation in the church.

Gender quotas are in place in some dioceses for women’s leadership, lay and ordained. There is also an increasing awareness of the need to combat racism and encourage multicultural leadership beyond the predominance of white males. There is a growing recognition of the foundational place of First Nations Christians, women as well as men, and the need to transform structures and attitudes to ensure their full participation in leadership roles. In his recent visit to Australia, the Archbishop of Canterbury, head of the worldwide Anglican Communion, ordained three Indigenous women in Far North Queensland.

Women’s ordination still has some way to go to make its impact felt across the Anglican Church, and there are formidable opposing forces. In combating persistent patriarchal values, Anglican women have learned that they need to unite across differences, whether theological or political, to establish a more comprehensive and welcoming vision of the church. This hope was vividly demonstrated at a recent conference of the Movement for the Ordination of Women held in Sydney in September 2022 to celebrate thirty years of women priests, entitled significantly, ‘Unfinished Business’.

The Queen: Symbol of Imperialism and Colonialism for First Nations Peoples of Australia