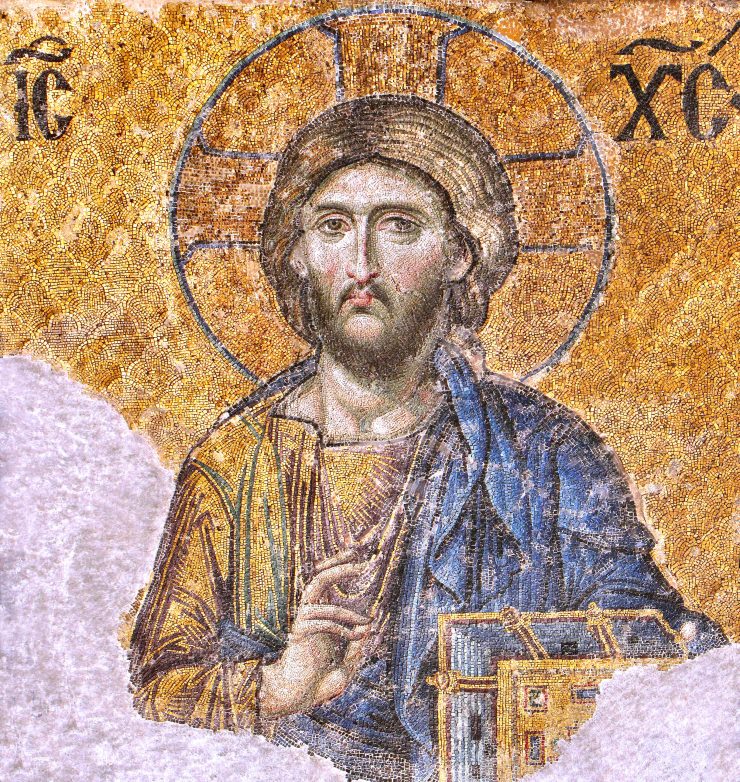 Contemplating the reign of Christ in a season of uncertainty

This coming Sunday (21 November 2021), most Western Christians will commemorate the Feast of Christ the King, also known as the Reign of Christ. Marking the last Sunday of the church year, this festival celebrates Christ’s sustaining reign over all creation as Messiah and Lord.

In Christian iconography, the icon most associated with the Reign of Christ is “Christ Pantocrator,” which can be translated as “Christ Almighty” or “Christ all-powerful.” The earliest-known Christ Pantocrator icon is found at St Catherine’s Monastery at the base of Mount Sinai in Egypt, which dates from the sixth century; perhaps the best-known example of Christ Pantocrator is from the mosaic at Hagia Sofia in Istanbul. This icon is always found as the central icon Eastern Orthodox churches (typically in a central dome above the nave of the church), one that depicts Jesus holding a Gospel book in his left hand and offering a gesture of blessing with his right. Instead of crown, Jesus’ head is adorned with a cruciform halo. Often, too, the icon writer will paint Jesus’ face asymmetrically, which could be a symbolic depiction of Jesus’ divinity and humanity, among other theological possibilities.

When used in personal or public prayer, the Christ Pantocrator icon communicates much of what St Paul describes about Christ in Colossians 1:15-20 (NRSV): “He is the image of the invisible God, the firstborn of all creation; for in him all things in heaven and on earth were created, things visible and invisible, whether thrones or dominions or rulers or powers—all things have been created through him and for him. He himself is before all things, and in him all things hold together. He is the head of the body, the church; he is the beginning, the firstborn from the dead, so that he might come to have first place in everything. For in him all the fullness of God was pleased to dwell, and through him God was pleased to reconcile to himself all things, whether on earth or in heaven, by making peace through the blood of his cross.”

As both the Church and academic years draw to a close, it seems to be an appropriate time for us to gaze upon the Christ Pantocrator icon and contemplate Christ the King or “Christ all-powerful,” especially around the notion that “in him all things hold together.” We do so at a time when so much in the world, it seems, is out of control, or at least out of our control. As we gaze and meditate upon Christ Pantocrator, the icon reminds us of the story of Jesus found in the Gospels, of how he was enthroned as King on the cross, and how he conquered sin and death through his death and resurrection; it reminds us that he reigns as the image of the invisible God; it reminds us of his love for all humanity, as the firstborn of all creation, in his offering of a sign of blessing; and the icon reminds us that in him, as Christ Pantocrator, all things hold together.

As the Theological School concludes its Meditations for 2021, my prayer for all of you is that image of the invisible God in Christ Pantocrator will give you hope for 2022 and the assurance that in him, indeed, all things hold together.