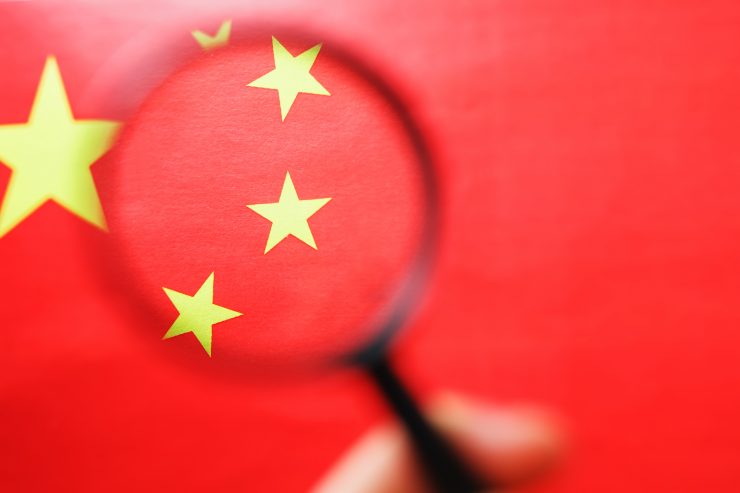 This article is reposted from John Menadue – Pearls and Irritations.

China is in the news and rightly so. If it’s not events in Hong Kong, it’s the China-US trade dispute, or tensions in the South China Sea, Beijing’s expanding influence in the South Pacific, the prospect of a Chinese military base in Cambodia, China’s treatment of the Uighur minority, or China’s massive Belt and Road Initiative (BRI). For Australia, this is a time for uncomfortable soul searching.

Sadly, much public commentary to date has been less than helpful. Some are bent on treating each development in isolation, others use evidence selectively to paint a crude picture of the Chinese threat. Andrew Hastie’s alarmist and incoherent outburst is but the tip of the iceberg.

The confusion inevitably filters through to any discussions of policy options. Some stress the need for an even closer military alliance with the United States. Others float the idea of acquiring a nuclear arsenal. Others still think we can have our cake and eat it – maintain our lucrative trade with China, while actively seeking to contain China’s rise, whether in the South Pacific, the South China Sea, or Southeast Asia.

Much of this rests on the obsession with the ‘Chinese threat’, even though China’s capacity to project military muscle pales in comparison with America’s global military reach.

China, it is true, now has the world’s second-largest military budget, as part of an extensive modernisation program. Its current defence spending has risen steady year in year out over the last two decades, and is estimated by SIPRI to have reached US$240 billion in 2018. It remains nevertheless well below the Pentagon’s 2018 US$640 billion budget. Over the last decade, the US military budget as a percentage of total government spending has hovered between 12 and 9 percent. China’s has fallen sharply from 12 percent in 2001 to 5.5 percent in 2018.

As for claims that China is about to gain a string of military bases from Southeast Asia to the Middle East, little has yet come to pass. As of now China has just one military base on foreign soil, in Djibouti which also hosts US, French and Japanese bases.

The more likely outcome is that China will secure access to port facilities in various host countries that benefit from large infrastructure investments associated with China’s ambitious Belt and Road Initiative.

None of this approaches America’s overwhelming military presence in the Asia-Pacific region. Its alliances with Japan, South Korea, the Philippines, Thailand, and Australia are complemented by extensive security arrangements with Taiwan, Singapore, New Zealand, Afghanistan and Pakistan. The forces of these countries are now closely enmeshed with the US military, having adopted common weapons, strategic doctrines, and training programs.

The Pentagon currently has some 25,000 troops stationed in South Kore and close to 54,000 military personnel and some 8,000 Department of Defense civilian employees in Japan, for which the Japanese Government provides some $2 billion per year to offset the cost of these deployments. Some 5,000 US troops are permanently stationed in Guam, with the Andersen base home to B-1 bombers and a squadron of F-16 fighters.

One other indicator of power projection deserves mention. In the course of the 20th century, the United States participated in 38 wars, or one every three years, and since 2000 in 10 wars, the equivalent of one every 1.7 years. The Iraq War alone resulted in half a million deaths (probably a conservative estimate). Hostilities in Afghanistan and Pakistan since 2001 now account for over 150,000 deaths.

By contrast, China’s last military intervention was in 1979 when it made a massive incursion into Vietnam. The expedition, justified as punishment for Vietnam’s invasion of Cambodia, proved an inconclusive affair, which China had the good sense to terminate once the month-long war resulted in tens of thousands of casualties on both sides.

In recent years China has built artificial islands around several reefs in the disputed Spratlys over which it claims territorial sovereignty. The United States has responded with Freedom of Navigation Operations in the South China Sea, which Chinese authorities regard as violating Chinese territory. The US in turn insists that its navy and air force are transiting through international waters, a stance foolishly supported by Australia.

Though there is a clear need for tension reduction measures in the South China Sea, no evidence exists of a direct or even indirect military threat to Australia. Even with regard to Taiwan, where China considers the reunification objective to be non-negotiable, Xi Jinping’s strategy is to rely primarily on economic and diplomatic rather than military levers.

This is not to say that the Chinese Communist Party’s management of China’s rise offers no cause for concern. This is precisely where careful analysis and sound judgment are crucial. What is most troubling about China’s current trajectory are its internal, not its external policies.

What we are witnessing, especially under Xi Jinping, is a ruthless determination to maintain the absolute dominance of the Chinese Communist Party, and ensure that no voice or minority group within the country can question that dominance.

In Xinjiang and Tibet we see the brutal treatment of China’s minorities, and in Hong Kong the steady erosion of democratic processes and the increasing use of force against the protest movement. Within China the heavy-handed silencing of artists, intellectuals and other critical voices continues unabated.

Especially disturbing is China’s introduction of a social credit system based on behavioural data gathered through an elaborate system of surveillance. Such behaviour violates individual and collective human rights enshrined in international covenants, and should not go unchallenged.

And yet, Australian policy-makers and advisers, who are often critical of China’s international role, have been conspicuously guarded and remarkably unimaginative in responding to these violations.

China, a country soon to become the world’s largest economic power and with one of its oldest and richest civilisations, is closing in on itself. This is a matter of deep concern, but not an occasion for mindless China bashing.

We need to demonstrate, in words and actions, to the people of China and to their leaders that we do not support efforts to contain China’s rise on the world stage. On the contrary, the message and the practice should be one of close consultation with China to address the pressing regional challenges we currently face.

At the same time, we need to convey firmly and clearly that we oppose the trend towards deepening authoritarianism. We object to the use of the iron fist in Hong Kong and elsewhere not just because it is contrary to our values, but importantly because a China that is not at peace with itself cannot play the necessary leadership role on the world stage.

To be able to communicate this message effectively, Australia has to act in concert with interested Asian and South Pacific neighbours and other like-minded governments. Collectively, we can use the many diplomatic and cultural levers available to us to impress on China the need for dialogue and acceptance of the principle that human rights advocacy can no longer be dismissed as mere interference in a country’s internal affairs. We are well past the point when national sovereignty can trump international responsibility.

In the Hong Kong case, we need to call for a full and independent inquiry into the way the authorities have handled the response to the protest movement. The actions of the few that foolishly resort to violent acts cannot be an excuse for repression of legitimate dissent, or failure to listen and constructively respond to the aspirations of what is now one of the largest social movements to have emerged in Asia in recent decades.

In the absence of such an inquiry we should be prepared to refer the matter to the Human Rights Council, and in the event of escalation to the UN Security Council.

To be credible, such a stance requires that we ourselves be open to international scrutiny of our own conduct on such contentious issues as Indigenous rights, the treatment of refugees and asylum seekers, and the steady erosion of civil liberties. Equally, we must be critical of human rights abuses elsewhere, including the United States, where the police and judicial systems regularly violate the rights of African Americans, and where crying children and broken families are now victims of indiscriminate raids on immigrant communities.

Here the wider community has an important role to play. Universities, the business sector, churches and other faith groups, trade unions, professional associations, community organisations, and the media can exert subtle but effective influence by more extensive people to people contacts, and better use of the channels of communication made possible by the digital age.

Should the situation in Hong Kong, Xinjiang or elsewhere dangerously escalate, there will be no point lamenting at China’s misdeeds when it is all too late. And the outcome will be especially bleak if the United States and its ever faithful ally Australia were to use China’s repressive policies at home as justification to expand the US and Australian military presence in the South China Sea and the Asia Pacific region more generally.

If our concern is defence of human rights, then the key is to discern the early signs of instability, and develop a comprehensive and proactive set of policies.

Similarly, if we are to create a more peaceful and secure environment, we can in concert with others fashion policies for the demilitarisation of our region, including reduced military budgets, zones of peace and nuclear weapons free zones, and gradual removal of foreign military bases. Public discussion of these possibilities is dangerously overdue.

Joseph A. Camilleri OAM is Emeritus Professor, La Trobe University, Fellow of the Academy of Social Sciences in Australia and a member of the University of Divinity’s Centre for Research in Religion and Social Policy. Visit his personal website here.