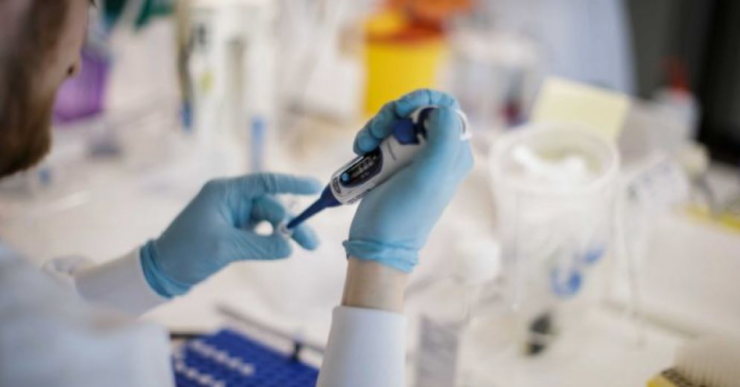 This article was published by ABC Religion and Ethics

If a COVID-19 vaccine is developed using a cell line derived from an aborted foetus, the Catholic Church would surely permit the use of this vaccine, and Catholics should not hesitate to use it.

I write this article in part as a response to a briefing paper written by Dr Helen Watt, a senior research fellow with the Anscombe Bioethics Centre in Oxford. This paper was cited by an article from the US Catholic News Service, which has subsequently appeared in a number of publications — including the UK-based Catholic weekly The Tablet, The Boston Pilot, and the Catholic Archdiocese of Philadelphia’s CatholicPhilly. The paper admits that there is “no absolute duty” to boycott a COVID-19 vaccine developed using a cell line derived from an aborted foetus. However, Dr Watt argues that “some will feel, whether rightly or wrongly, called to a boycott [of such a vaccine] even if no alternative vaccine is available to them.” This latter comment merits scrutiny.

The Vatican has issued a number of documents to guide Catholics in their response to ethically compromised vaccines. In 2005, the Pontifical Academy for Life issued “Moral reflections on vaccines prepared from cells derived from aborted human foetuses.” The issue is also considered in the Congregation for the Doctrine of the Faith’s 2008 “Instruction Dignitas Personae on certain bioethical questions.” The Pontifical Academy for Life dealt with this issue again in its 2017 “Note on Italian Vaccine Issue.” All these documents apply a Catholic principle called the principle of cooperation to this particular issue.

The Catholic Church does not dismiss the problem of ethically compromised vaccines. To the contrary, its clear and consistent position includes three important points:

The Pontifical Academy for Life stated this third point very clearly in 2017. It said that: “we believe all clinically recommended vaccinations can be used with a clear conscience … the moral responsibility to vaccinate is reiterated in order to avoid serious health risks for children and the general population.”

The 2005 document contained a remarkable footnote. It noted that rubella can cause:

grave congenital malformations in the foetus when a pregnant woman enters into contact, even if it is brief, with children who have not been immunised and are carriers of the virus. In this case, the parents who did not accept the vaccination of their children become responsible for the malformations in question, and for the subsequent abortion of foetuses, when they are discovered to be malformed.

Parents in this situation are, of course, only indirectly responsible for these abortions. However, someone who refused an ethically compromised COVID-19 vaccine could catch the virus, infect others, and perhaps be much more directly responsible for their deaths. If only an ethically compromised vaccine is available, the truly pro-life decision is to receive the vaccine so as to save lives.

Why did Dr Watt write that “some will feel, whether rightly or wrongly, called to a boycott [of an ethically compromised vaccine] even if no alternative vaccine is available to them”? I suspect that her phrase “whether rightly or wrongly” betrays an awareness that Catholic moral theology would assess vaccine refusal in these circumstances as an objectively wrong choice from an overly rigorous conscience. I wonder whether Dr Watt raised this possibility in order to pressure for the development of ethically uncompromised cell lines and vaccines. Develop ethically uncompromised vaccines, I think she is saying, or you will have all these problems.

I am not sure that I agree with this strategy. The development of ethically uncompromised cell lines and vaccines is surely important. However, I am not convinced that we should pressure for this by in effect encouraging what would be a seriously wrong and harmful choice.

In this pandemic, could Catholic researchers or a Catholic research institution use ethically compromised cell lines for development of a COVID-19 vaccine? There may indeed be proportional reasons for doing so. Some “compromised” vaccines are well-characterised, and some researchers know them well. In this crisis, they may reasonably decide that they do not have either the time or the financial resources to develop and adequately characterise ethically uncompromised cell lines. They may also belong to an international consortium in which they have little influence on the cell line used for vaccine development. They should not forget about the need to develop uncompromised cell lines, but they may reasonably not seek to do so during this time of crisis.

If they do use ethically compromised cell lines, they should recognise the ethical problems with them, and also state their proportional reason for using them during the pandemic. As the Code of Ethical Standards for Catholic Health and Aged Care Services in Australia states, we minimise the risk of scandal by “explaining clearly … the reasons for one’s cooperation” — in this case, the remote connection to an historical abortion — “and why the … cooperation is permissible according to Catholic principles.”

Developing ethically uncompromised cell lines and vaccines is important. In the crisis of this pandemic, developing and using an effective vaccine so as to save lives is even more important.

Since this article was published, Australia’s attention has focussed on a potential COVID-19 vaccine being developed by AstraZeneca in partnership with a team at Oxford University. Called ChAdOx1, this non-replicating viral vector vaccine is currently undergoing a 30,000-person Phase III trial in the United States. What is more, the Australian federal government has signed a letter of intent with AstraZeneca. If this vaccine is proved to be safe and effective, this letter of intent could lead to 25 million doses of this vaccine being produced in Australia.

ChAdOx1 may be an ethically compromised vaccine. It is grown in a cell line called HEK293, which is widely believed to have been developed from cells from a human foetus which was electively aborted in 1973. However, even this is not certain. Professor Frank Graham who developed this cell line has said that, to the best of his knowledge, the origin of these cells is unclear, for they could have come either from an elective abortion or a spontaneous miscarriage.

If ChAdOx1 is ethically compromised, what should be done by religious leaders and other people like myself who are concerned about this?

First of all, we should make known our moral objection to ethically compromised vaccines, and lobby governments, researchers, and healthcare systems to prepare and make available vaccines which are not ethically compromised. At the time of writing, the World Health Organisation has identified 169 candidate vaccines, 30 of which are already undergoing clinical trials. Could the Australian government sign a letter of intent with another research team, so an ethically uncompromised vaccine could also be produced in Australia?

Second, religious leaders and people like myself also have an educative role to play — that is, a role in forming consciences about this issue. Part of this role is educating about the existence of, and problems with, ethically compromised vaccines.

Finally, there is one thing which religious leaders and people like myself must not do. If only an ethically compromised COVID-19 vaccine exists, we must not in any way encourage or support people to refuse to be vaccinated. On this matter, I note that on social media, Archbishop Anthony Fisher, the Catholic Archbishop of Sydney, recently stated, “I have not, nor would I, call for Catholics to boycott the vaccine if it became available.”

Rev. Kevin McGovern is a Catholic priest. He is a former Director of the Caroline Chisholm Centre for Health Ethics in Melbourne, Australia. He is an adjunct lecturer at both Catholic Theological College within the University of Divinity and Australian Catholic University.