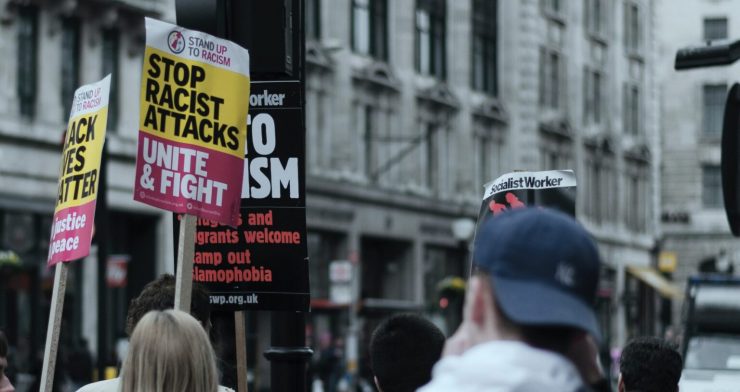 This article is republished from Crosslight.

Yet another black man has died this week as a result of police brutality in the USA. His name was George Floyd and his story ignited both rage and grief across Minneapolis. Witnesses yelled at the policeman kneeling on George’s neck to get off as they could see he wasn’t moving. One asked, “Did you kill him?” George died later of injuries.

Back in Australia, Four Corners told the story of “Soldier C,” an Australian SAS solider in Afghanistan who has murdered a local youth. Soldier C was captured on video killing an unarmed Afghan man who was tending his crops. In the video the young man cowers on the ground, hands raised and holding prayer beads. He is unarmed, scared. Soldier C asks his colleague “Should I drop this *expletive*?” and then shoots him three times. It is murder, execution style, of a man we now know was Dad Mohammad.

Much like the murder of Ahmaud Arbery, an African American man shot while jogging in the streets of Georgia, these crimes and their perpetrators have come to light thanks to the testimony of witnesses and the power of an iPhone video. Bystanders recording crimes are doing what journalists have traditionally done – drawing our attention to important stories and making us pay attention to crimes that we might otherwise ignore as a society. Stories like the destruction of a historically significant site in the Pilbara by Rio Tinto mining can no longer be ignored.

In the Book of Revelation, to be a witness is to be Christ-like. Jesus is called “the faithful witness” and the “true witness”. The heavenly temple where the saints gather and sing God’s praise is called the “tent of witness” and out of it pours the wrath and judgment of God: wrath at those who have cursed God’s people; wrath towards those who have abused their power and committed injustice; wrath at the violence of the Roman Empire.

The importance of witness in Revelation prompted New Testament scholar Brian Blount to title his commentary “Can I Get a Witness?” In it he highlights the similarities between that ancient text and the struggle and suffering experienced by African American communities as they face oppression. Witnessing in Revelation is testifying to what God has and is doing, as well as exposing evil in the world.

Witnessing, in this biblical sense, is a twofold activity. The readings at the start of Pentecost season speak of testifying, witnessing, and mission (Acts 2, Matthew 28:16-20). Witnessing in these texts is mostly about testifying to what God has done. This kind of “talking about Jesus” might be what most comes to mind when we think about Christian witness. It is classic evangelism and wonderfully powerful when done with grace. Of course, we witness with our actions as much as words, but the goal in either case is pointing to the joyful and Good News of what God has done for us.

But alongside that tradition is the tradition of witness as prophetic protest. This is a kind of witnessing “to” something, a testifying or naming of injustice that exposes it for what it is. This kind of witness gives voice to those who are deemed voiceless by society. It invites us into solidarity with the suffering and struggling, which in turn might place us at odds with those in power and who hold positions of privilege.  As Dietrich Bonhoeffer said: “We are not to simply bandage the wounds of victims beneath the wheels of injustice, we are to drive the spoke into the wheel itself.”

Deep seated fear and racism lie beneath each of the examples that began this article. We may be inclined to judge, but as Christians we are no more exempt from the sin of racial prejudice than anyone else. We might make the same decisions they did in the same circumstances. This is not about vilifying individuals, but rather testifying to a system and society in which we have for too long tolerated the unfair treatment of those who are non-white (yes, even within our church walls).

As I think about preaching at Pentecost I’m reminded that our witness is to a God who speaks in everyone’s language and who has come for all nations and ethnicities. How do we witness to that “good news” in a violent, racist, and divided world?