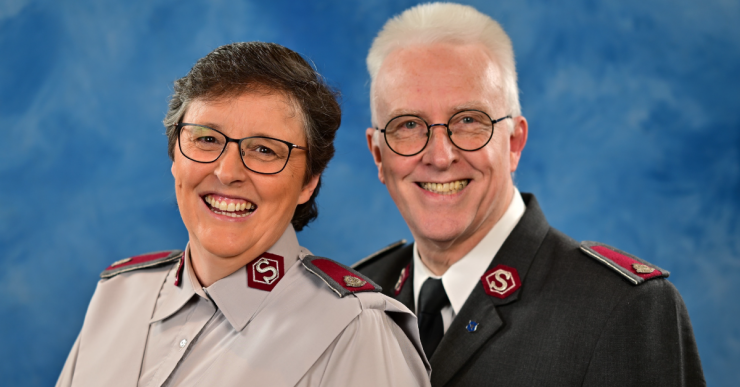 Two University graduates, Kalie Webb and Geoff Webb, were recently appointed to significant roles on the international scene of the Salvation Army.

From next year, Kalie (BTheol, 2004; GradDipSysTheol, 2012; MTheol, 2016) will be Under Secretary for South Asia at International Headquarters, with additional responsibility as the inaugural Director of the South Asia SALT Learning Centre based in Colombo Sri Lanka.

Geoff (BD, 1996; DTheol, 2004) will become the Executive Secretary to the General (international leader of The Salvation Army).

Previously, they served as leaders of The Salvation Army’s Residential Seminary in Lahore Pakistan (2007-2009), then Geoff was Principal and Kalie was Dean of Studies at what is now Eva Burrows College (2010-2013). Three years as leaders of Western Victoria division (diocese) was followed by appointments to The Salvation Army’s International Headquarters, coordinating training and leader development across the world (2017-2019). Currently, they are the denominational leaders in Pakistan, providing spiritual care to over 53,000 as a Christian minority in a Muslim-majority country (2020-2022).

On the appointments, Kalie and Geoff said: “Our studies with the university deeply enriched us – both in our ministry and as individuals. We are grateful to the many lecturers and research professionals who had an impact on our studies, our ministry, and on who we are. ”

Congratulations to Kalie and Geoff on their new roles!

Scholarships of excellence with focus on Christian thought and spiritual practice