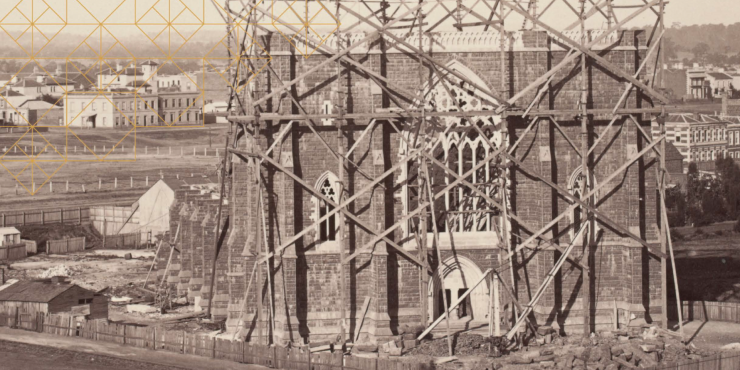 The Invention of Melbourne: A Baroque Archbishop and a Gothic Architect

The Invention of Melbourne presents a rare opportunity to see some little-known treasures of gold rush Melbourne and to reflect on the careers of two remarkable men – James Alipius Goold, first Catholic bishop of Melbourne, and William Wilkinson Wardell, architect of St Patrick’s Cathedral.

Bishop (later Archibishop) James Goold arrived in Melbourne in 1848. He soon developed an ambitious vision for Catholic Melbourne, which included building a fine cathedral. It would be the largest ecclesiastical building in Melbourne. Less well-known is Goold’s interest in collecting both pictures and books. Some of those works feature in this exhibition.

William Wardell arrived in Melbourne in 1858 and began working on the cathedral soon afterward. His cathedral is considered one of the finest Gothic Revival buildings constructed anywhere in the world. Included in the exhibition are his original plans and sketches, along with fine books and prints from the cathedral library.

Between them, these two men made a notable contribution to the built environment of the emerging city of Melbourne.

The research for ‘The Invention of Melbourne: A Baroque Archbishop and a Gothic Architect’ was funded by the Australian Government through the Australian Research Council. 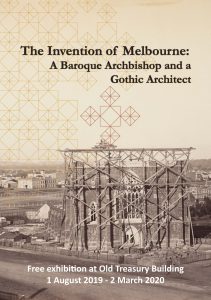