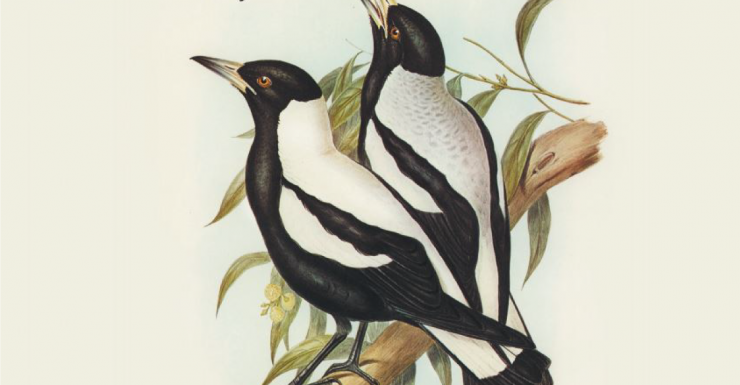 Reading the Magnificat in Australia

Dr Anne Elvey is an Honorary Research Associate of the University of Divinity. 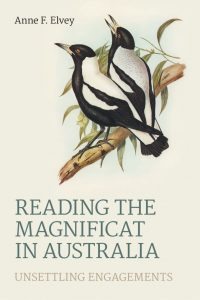 Biblical songs have multiple afterlives. In a history of invasion, their reverberations are poignant. What is now called Australia is a continent of many First Nations where Country has been sung for tens of thousands of years before the Bible arrived as part of the cultural cargo of the colonisers. Reading the Magnificat in Australia focuses on one text, Mary’s Magnificat, around two thousand years old in its Lukan form, and carrying Hebraic traditions some thousand or more years older. First Nations traditions are older still.

In this colonial context, the Magnificat inspired settler-migrant writing, composition and art. Reading the Magnificat in Australia is a settler reading, but not a conventional one. It offers a performative, conversational reading trajectory that places instances of cultural reception of the Magnificat in the context of colonial occupation of Country, the problematics of whiteness, and the ensuing hiatuses for settler biblical scholars in Australia.

Reading the Magnificat as a song of protest, placed in the mouth of a young Jewish woman of the first century ce, Anne Elvey sketches a counter-colonial reading practice that in compassionate grief and hope is attentive to the ecological trauma of our time. The readings engage with creative responses to the Magnificat, from pious verse to abstract expressionist art, and include a number of the author’s creative engagements in response. Grounded in feminist and ecological approaches, Reading the Magnificat in Australia employs hermeneutics of restraint, intertextual engagement and creative witness, rereading the biblical text in relation to contexts of conflict, intersections of race, gender, species and sexuality, constructive and deconstructive materialities in colonised space, and finally the song of birds (of which the Australian magpies on the front cover are an emblem). This listening again to an ancient text reimagines an aesthetics of reading-as-writing that opens to a situated and unsettled praxis, where the Magnificat points inward to its material contingency as a colonial artefact and outward toward contemporary songs of protest.

Holding up half the sky | Seminar series