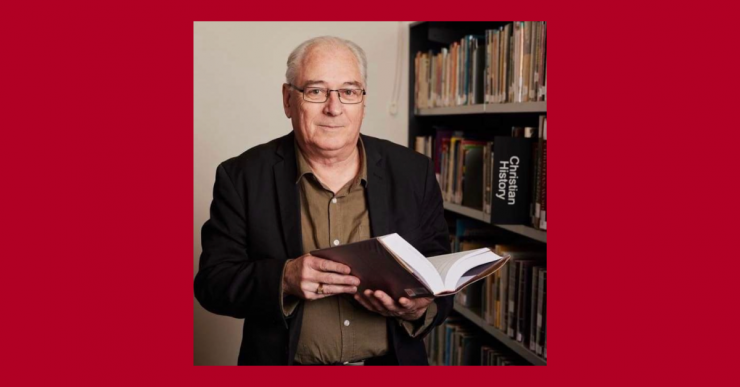 Congratulations to Professor Glen O’Brien, appointed Professor of the University by the University Council on 9 November 2022. Professor O’Brien is Research Coordinator and Lecturer at Eva Burrows College. He is noted for his outstanding contributions to Research and Leadership in the Academy.

Professor O’Brien is an outstanding historian who plays a vital role by ensuring Christian communities understand their past, and how the many strands of Christian tradition can inform our service of God and neighbour into the future. His creative intellect is evident in his exploration not only of Wesleyan holiness traditions but also of emerging directions in futurism. The University looks forward to Professor O’Brien’s continued leadership as a teacher, researcher and Chair of Examiners with a passion for collaboration.

About the appointment, Professor O’Brien said:

I am deeply honoured by this appointment and grateful for the opportunity to work in the rich ecumenical context the university provides.

The citation for the appointment reads:

Professor Glen O’Brien is an outstanding historian of Methodism, in its historical origins and its distinctive expression and contribution in Australasia and Oceania. He is known both nationally and internationally as the ‘go-to person’ in Australian Wesleyan and Methodist studies and has published widely on many of the leading figures in these movements. He has served as a Research Fellow with the Australian Centre for Wesleyan Studies and edited the journal Aldersgate Papers over a sustained period.

His most recent book, John Wesley’s Political World, his third contribution to the ‘Routledge Methodist Studies Series’, has been acclaimed internationally as a resource which will be used by students and researchers for decades to come.

His contribution in the broader field of Church History was recognised in his election and recent re-appointment as President of the Uniting Church National History Society, within which role he has led forums on significant social issues, such as ‘History, Truth Telling and the Uluru Statement from the Heart’.

In his current position within Eva Burrows College, he has contributed to creative revision of the curriculum, whilst contributing to the University of Divinity through leadership of the Research Committee and as a member of the Academic Board.

Professor O’Brien offers a fine example of ecumenical engagement, in scholarship and collegial support, whilst contributing widely to social and ecclesial forums.