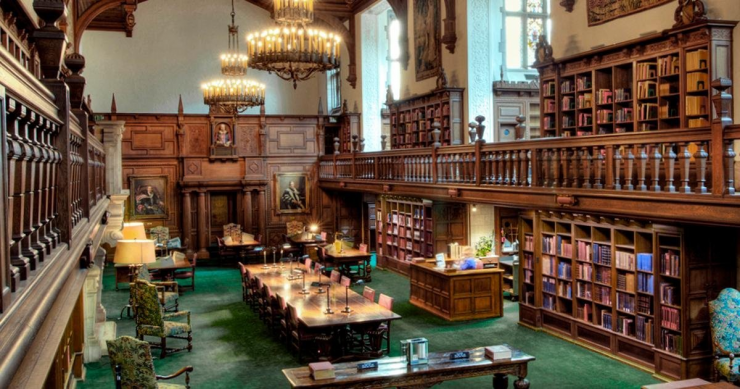 The Community of Scholars

For the last six months I have enjoyed an extended period of leave, incorporating an opportunity for personal refreshment as well as a sustained time engaged in academic research. This included three wonderful months as a Short Term Fellow in residence at the Folger Shakespeare Library in Washington DC, USA. The Folger is one of the world’s top research institutions, founded by Henry and Emily Folger in 1932. Devoted to the life and times of William Shakespeare, the Library possesses the world’s largest Shakespeare collection, including first editions, manuscripts, account books, recordings and more.

During my three months at the Folger I was able to complete the first draft of a long-planned book, provisionally entitled Empire of Memory: The Monuments of Westminster Abbey 1500-1750. The book will tell the story of how one remarkable building was transformed from a royal sacred site to a mausoleum of memory, from a place of pilgrimage to a tourist destination. But this was not the highlight of the Fellowship. Two aspects stood out.

First was the value of a consistent daily routine focussed on a single task. This is a precious rarity in the age of disruption, when the benefits of information and communication technology can be overwhelmed by constant interruption and distraction. It was an exceptional privilege to spend eight hours a day, five days a week for three months on the challenge of research and writing in an institution with every conceivable resource to support that task. And it was a lot of fun to sit every day in the same seat (thank you Mrs Folger), even if this meant I was gazed upon by the fascinated tourists who were permitted to peer into the curious world of the neo-Renaissance library for a few moments each day. Perhaps the most memorable of these glimpses was the day I was caught kneeling to photograph a floor plan of Westminster Abbey in seventeenth-century book with a raptured look on my face as if it was an object of devotion as well as study.

The second and biggest highlight was the community of scholars. Through its Fellowship program, the Folger Institute brings upwards of forty researchers annually from around the world to use its collections and to participate in its program of seminars and colloquia. I met scholars and practitioners from four continents, introducing me to a wealth of ideas and possibilities and creating the opportunity to form several new friendships.

There is no question that the community of scholars comes at a cost in time, money and resources. Yet the surprise was that the community was fundamentally generated by two simple experiences. The Library’s reading room was, to all intents and purposes, an open-plan office (though one without phones in which the only noise was the occasional whisper or the muffled sounds of a rehearsal in the theatre next door). There is an intense camaraderie in studying – no, thinking – alongside a dozen other people working on related projects. Then there was the phenomenon of afternoon tea at 3pm, virtually compulsory, which through the simple medium of a table, a hot drink and a biscuit engendered lively discussion … What are you working on? How are you doing your project? Have you thought of this? Do you know that? It was at tea that friendships and research partnerships were forged through that most basic human activity, conversation.

And so, as I return to the University of Divinity with a sense of joy and renewal, I invite you to ponder with me: How can we build up the community of scholars in this land?

Three simple tasks suggest themselves. Build a daily routine and focus on one task at a time. Drink tea regularly with others, especially people you don’t know, and be prepared to listen, learn and engage. And perhaps above all, make the most of the incredible resources of our libraries, public and institutional, as sources of knowledge and places of gathering, as we seek to stimulate the collective imagination and to build up the store of wisdom which is the foundation of a flourishing society.

Watch sessions from the Health and Integrity Conference from home