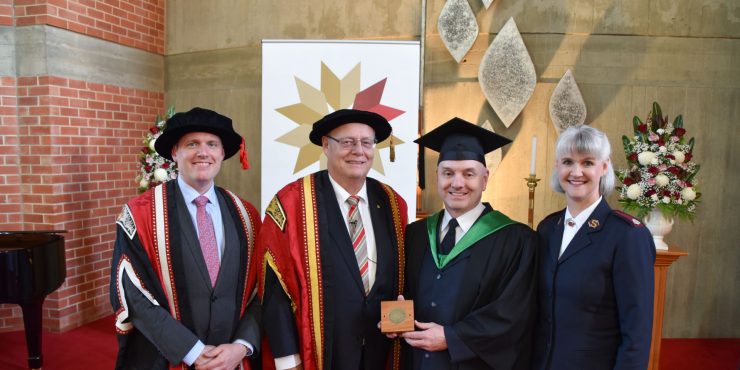 In presenting the award, the Vice-Chancellor, Professor Peter Sherlock, praised Major Morgan’s service to the University represented in the creation of Eva Burrows College as the National College for the Salvation Army in Australia within the University of Divinity.

The citation for his award reads: 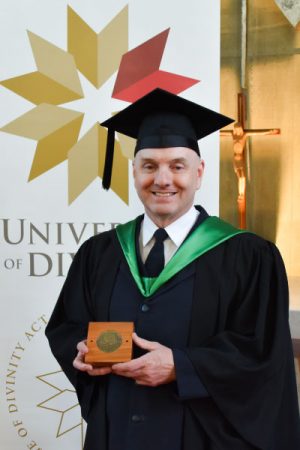 At the ceremony, Major Morgan addressed the new graduates, encouraging them to be “ambassadors for Christ”.