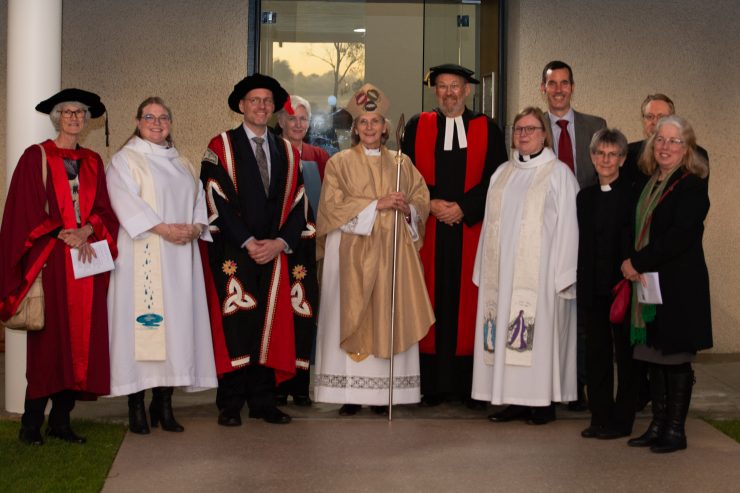 The commissioning took place in a wonderful service at the Wollaston College Chapel, and was attended by The Most Reverend Kay Goldsworthy AO, Archbishop of Perth, the Wollaston Theological College Board, College Faculty, College Staff, students, and guests including Professor Peter Sherlock, the Vice Chancellor of the University of Divinity.

Wollaston Theological College is responsible for the theological education and ministry formation of both lay and ordained Anglicans in the Diocese of Perth. The Warden and Deputy Warden are appointed to lead the College and care for its people under the direction of the Board and according to the Archbishop’s vision for the Diocese. 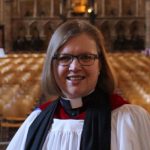 The Reverend Dr Raewynne Whiteley grew up on the east coast of Australia and was ordained in Melbourne after completing degrees in Psychology, Women’s Studies, and Theology. Following curacies in Sydney and Newcastle, she moved to Princeton in the United States to do a PhD in Practical Theology, focussed on Homiletics, and then served as Vicar of Trinity “Old Swedes” Church in Swedesboro, NJ, and Rector of St James Episcopal Church in St James NY. During this time, she also taught Homiletics, Church History and Theology as an adjunct, provided chaplaincy support to the Australian Consulate in the aftermath of 9/11, and became a qualified ski instructor. She then moved to the Diocese of Southwark in the UK to focus on encouraging vocations to lay and ordained ministry and led the strategic redevelopment of lay ministry in Southwark Diocese 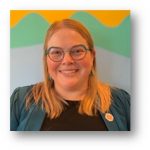 The Reverend Dr Christy Capper, an alumni of the University of Divinity, was born in Melbourne and spent much of her childhood in Sydney. After school she attended Macquarie University and completed a Bachelor of Arts. Christy worked in campus ministry for the next five years, and then began working as a youth and young adults minister at St Matthew’s, Endeavour Hills while studying a Master of Arts in Church Practice and a Graduate Diploma in Arts (Theology) at Tabor Victoria. During her work at St Matt’s Christy began discerning a call to theological education and ordained ministry and enrolled in a Master of Theological Studies through Trinity College Theological School where she completed her formation prior to ordination in 2015. In mid-2016 Christy became the Director of Missiology at Uniting College for Ministry and Theology, the Adelaide College of Divinity and Flinders University.  She completed her doctoral work in 2019 and became Vice-Principal of Uniting College.

The University congratulates both Raewynne and Christy on their appointments, and wishes them very well in their roles.