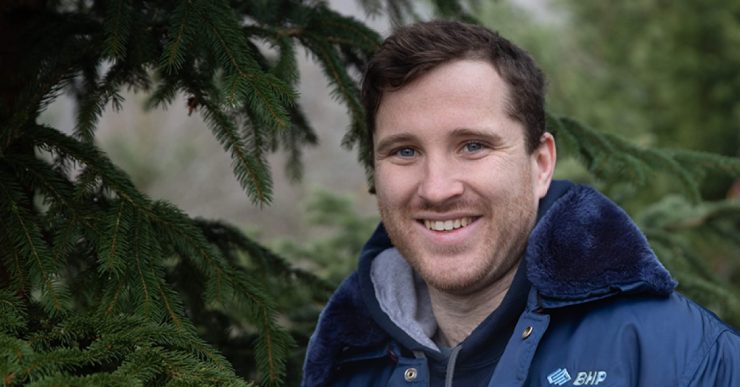 A scholarship allowed this Wollongong local to pursue his passion for biblical Hebrew.

Though Lachlan Davis has dabbled in many fields since beginning his career, he’s discovered that his real talent lies in theology and Hebrew, which he’s studying as part of a PhD at Trinity College’s Theological School.

Lachlan grew up in the suburb of Dapto in Wollongong, known for its greyhound racing, where he attended school, began his career and got married. His parents were always religious and, growing up, Lachlan attended church with his family, yet it wasn’t until the middle of his high school days that Lachlan realised religion was something he wanted to live his life by.

I saw how influential the Bible is in people’s lives and I wanted to better understand why that is. That’s why I decided to pursue it academically,’ he says.

Since graduating from school in 2007, Lachlan has completed a number of degrees, beginning with a Bachelor of Computer Science in his hometown. He then moved on to do a Diploma in Youth Ministry at Youthworks College, before embarking on a four-year honours degree in theological studies at St Mark’s National Theological Centre in Canberra, by distance learning.

‘I found out I had a bit of a knack for Hebrew,’ he says, and this informed Lachlan’s decision to apply for a scholarship at Trinity’s Theological School. Meanwhile, he was also working in marketing and communications at a software company, as well as practicing as an assistant pastor at Dapto Anglican Church.

When offered a scholarship at Trinity, Lachlan realised it was ‘a once in a lifetime opportunity,’ so launched into the four-year research PhD amidst the global COVID-19 pandemic.

As part of his PhD, Lachlan will research the book of Genesis in biblical Hebrew, with a particular focus on the concept of reconciliation. He wants to explore how the political context of Israel might have informed narratives of reconciliation in the Bible, such as in the story of Joseph.

Lachlan recognised biblical Hebrew and Old Testament material as a niche area, which catalysed his interest in exploring it further. He is fascinated by seeing what studying this topic academically looks like, and what contributions we can make to further our understanding of what the Bible means to people.

You’ve really got to pick something that interests you because you’ve got to get out of bed every morning to do it,’ Lachlan admits, as he reflects on choosing his research topic.

With the help of his Trinity coordinator and supervisor, Lachlan has been researching and nutting out the 100,000 words he will eventually write. ‘The supervisors have been great at pointing me in the right direction,’ Lachlan says. Lachlan’s post-PhD plans are to be involved in theological education, drawing on his experience as an assistant pastor.

On weekends, Lachlan and his wife Kiryn run Bailey and Finch productions in Wollongong, producing video and photographic content for weddings, events and businesses. ‘The staff recommend that when you do a full-time research degree to do something different on the side.’