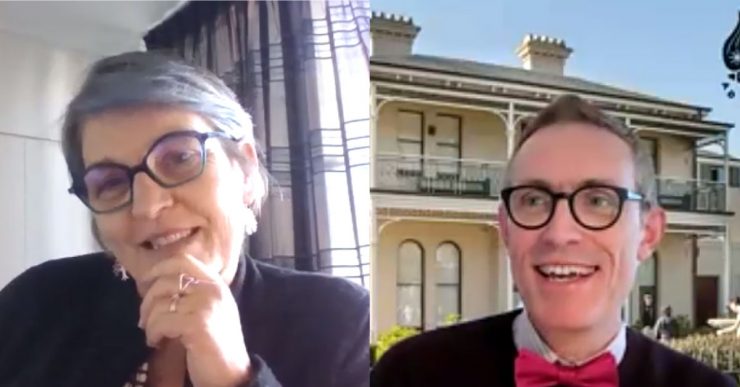 The University of Divinity has a vibrant research culture with activities and seminars hosted throughout the year. One such activity is the annual Research Conference, during which HDR students, honorary researchers and academic staff of the University come together to share papers and engage in discussion and research workshops. This year’s conference was held on 2-3 June 2021, hosted online (due to COVID restrictions on gatherings). 19 papers were presented during the conference, including 17 papers pre-recorded by contributors, and 2 plenary papers presented live (on Zoom).

You are invited to watch the two plenary papers presented live on Zoom at the conference.

There are a variety of theoretical frameworks currently utilised within biblical trauma readings, some of which are proving to be at odds with each other. This paper discusses the emerging rift in biblical trauma hermeneutics, utilising Jeremiah’s visit to the potter’s house (Jer 18:1-2) as a case study.

The diakonia Dei: service of the world and forms of diaconal ministry among Baptists

The earliest assumptions of a two-fold ministry among Baptists, the pastoral and diaconal offices, remain broadly normative, albeit with a wide variety of understandings, historically and geographically. Commonly, these diverse definitions appear in local Church constitutions, denominational Statements of Faith, and supra-local Baptist Confessions. This diversity, ironically, has not been constrained by the frequent appeal to New Testament texts in the attempt to outline parameters for diaconal ministry.

The failure to define the role of deacon in a theologically systematic or consistent manner among Baptists has resulted in a diverse range of problematic tendencies where diaconal ministry has been reduced to a function of ecclesial governance; has assumed functions of oversight; has been construed as anti-missional; has been described as adrift from its biblical origins; and consequently, is highly susceptible to contemporary discourses of leadership.

A theological programme to rehabilitate the ministry of the deacon, framed with reference to an account of the diakonia Dei, is unlikely to secure wide consensus among Baptists, but it will at least point to a more coherent understanding and practice of the diaconal ministry with, among, and for Baptists. Moreover, it will suggest that all forms of ministry, exercised by and among Baptists, are best understood as expressions of the diakonia Dei.