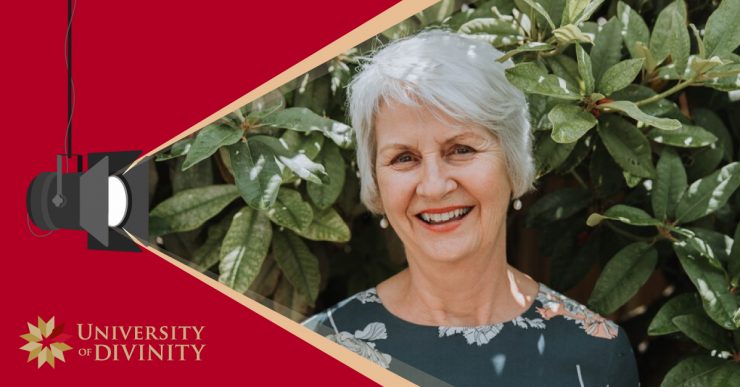 Dr Barbara Deutschmann is an Honorary Postdoctoral Associate at the University of Divinity. She is an alumnus of the University, graduating with a Doctor of Philosophy in 2019. Her PhD thesis has recently been published by Bloomsbury T&T Clark, entitled “Creating Gender in the Garden: The Inconstant Partnership of Eve and Adam”. 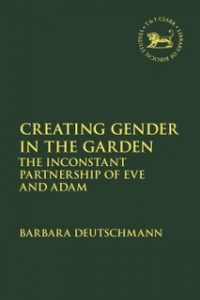 Barbara, congratulations on your new book, Creating Gender in the Garden: The Inconstant Partnership of Eve and Adam. Tell us about what you’re exploring here.

Thank you!  I started with the question of why Eve and Adam were treated separately in many later interpretations of the Garden of Eden story, with Eve seeming to develop into a dangerous seductress and Adam remaining a simple sinner. I wondered whether there was any sense of a partnership in the original story so set myself the task of looking at the story from that angle. Although “equality” was probably not in the mind of the author in the way we think of it, there is much to suggest that the story counters the idea of the autonomous male.

What originally drew you to research how gender is portrayed in the Garden of Eden story?

My life history drew me to the topic. I have lived and worked in North India and worked with Tearfund Australia for many years and saw many women in great need. In International Development we work consciously with women knowing that they are the levers that determine community well-being, yet they continue to be most impacted by poverty.  Pondering this set me thinking about the big narratives that sustain such gender inequality across such a wide variety of settings. In the western world, the Bible is one important cultural influence, and the Garden of Eden story is foundational to the way many of us conceive gender relations. It seemed important therefore to try and understand what it tells about gendered humanity.

Who has been an important part of this research journey?

To be honest, my partner, Peter, has been my muse and my mainstay through the research and writing. He has always believed the project was worth the effort and was willing to step up to give me space and time. I also had an eye to my children and their families, the next generation of young people affected by gender expectations. Some wonderful women friends cheered me on and encouraged my efforts. Most of all, my supervisors, Mark Brett and Merryl Blair asked penetrating questions, suggested new directions, and kept me honest.

“Traditional” interpretations about Eve (and thus womankind) as instigators of disobedience were dominant for many centuries in the West. How common do you think these interpretations and ideas are today? Does the traditional interpretation still have an impact on modern believers?

Such views are still way too common!  Interestingly, Eve was not regarded as instigator of evil within the OT itself. Those interpretations developed later. We still read and hear very sexist readings of the story that owe more to the worst stages of the interpretative period than to the text itself. The real challenge here is understanding how the NT epistles read the story and why they did. Recent research has uncovered a whole stream of female interpreters of the Eden story who took very affirming understandings from it. Their efforts did not influence mainstream views because they wrote outside of academia, using letters, poetry, novels, and children’s stories to make their point. I hope that my book will give women plenty of material to fight that fight today.

Why is studying gender and the Bible important?

The Bible is a very gendered book. Written by men on subjects that engaged them, women were often elided from consideration. For many women today, it is so sexist it is a stumbling block to faith, yet it is also the church’s “scripture”, the book that tells us about God’s dealings with humanity, a book that has inspired faith for millennia. When we are alert to the gendered nature of what we are reading, we can see things we have not seen before. While we are overhearing “an ancient conversation”, we can hear the spaces in the conversation, the things unsaid, and re-imagine them through the eyes of women. I am thankful that God entrusts us with this task. As a Christian I think interpreting these things for a disillusioned new generation is an important task.

What have you learned from this recent research?

I have learned so much! I have been struck by how one’s reading of a text is always done within a given social and philosophical framework and thus differs from those in other times and places. Philo could only see Eve through his Hellenistic framework and Elizabeth Cady-Stanton through her early feminist one. We can chart the history of views of Eve according to the spirit of the time. That makes me cautious about my own view, wondering how much is due to my thought-world. On the other hand, there is the reality of the text and not every opinion is equally valuable. It’s great to be part of the rigorous debates that scholars and practitioners have about the Bible.

Do you have a favourite female character in the Bible? Who and why?

It is always hard to find the ‘woman behind the story’, but I have been amazed by how real Eve has become to me. She is curious, a woman who deliberates and acts, a woman aware of the significance of her childbearing. She is also a mother mourning her two lost sons. And she does not deserve the bad press that she usually attracts!

I have been enjoying researching early Australian feminists such as Bessie Harrison Lee and the way they used the Eden narrative for their own thinking. The Woman’s Christian Temperance Union was very vigorous in the colonies that became Australia and they advocated for alcohol control, suffrage and women’s rights in many areas. They always used the Bible in their work.

I am also thinking about the “mourning mothers” in the OT. It seems to me that the pain and cost of childbearing in the ancient world is but rarely acknowledged. I hope to write about that.

My most important project for the next few years is to write a book for a popular audience bringing Eve to light and challenging gender essentialist ideas based on her character.

Barbara’s latest publication, “Creating Gender in the Garden: The Inconstant Partnership of Eve and Adam” is available now.