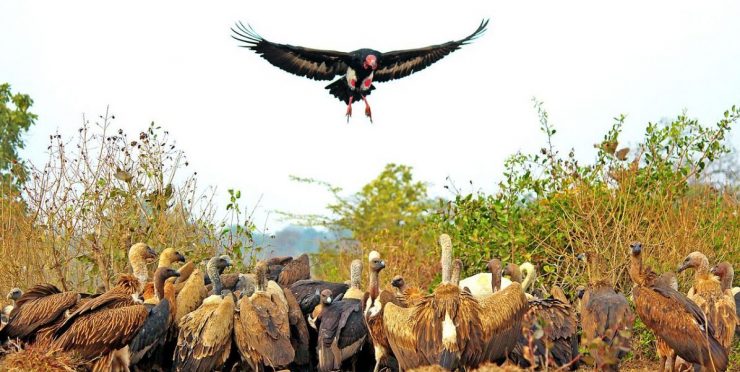 Vultures around the Carcass? Judgment, Blame and Scapegoats

When I worked in Kenya in the 1980s, news circulated from Uganda of a disease which caused healthy young adults to lose weight rapidly and die. At first known as “slim”, it would become more formally recognised as HIV/AIDS. At first, there was a temptation, because it affected those whose morality was seen as unacceptable, to describe it as a judgment or punishment, most likely from God. This is problematic. The idea of a loving God whose Son died for humanity sit uneasily with this kind of judgment. So, even does 1 Corinthians 5:5 in which Paul says a malefactor be “handed over to Satan”. This is not meant to be a death sentence or excommunication, but expulsion from the community to provoke repentance, not a death-sentence. And that, as 2 Corinthians 2:5-11 then shows, is how it worked. The sinner was forgiven and reconciled.

In the African context, as elsewhere, the transmission to innocents would bring a change of mind. Subsequently, HIV/AIDS would be dealt with as a pastoral crisis, in which care and love replaced judgment.

Why the history lesson? Well, there are currents ebbing and flowing in today’s world which would appear to challenge the wisdom of dealing with illness as a matter of care. Some, and they are not all without influence, seem to be more concerned with issues of blame and judgment. African students are ostracised in China. This spawns a tit for tat reaction. Chinese and Asian folk are ostracised in Australia. Governments (some, at least) seem to be more concerned with blaming each other for the causes, transmission, and thus, blame outsiders for the social and health problems with which they are grappling. The, it can be other insiders who are blamed: millennials are risking others by not being careful about social distancing: a whole swathe of society, many who have done as asked, disparaged for the actions of a few. There is no end to the human propensity to play blame games and scapegoat. It has affected our species in a depressingly large number of histories and geographies.

So, if we see the shoots of this pernicious weed appearing in the letters page and the op-ed pieces of  those who would just claim to be “telling it as it is”, let us not be ashamed to call it what it really is: wrong. It is most often those who “tell it as it is” who cannot produce evidence for their views, found and fuel conspiracy theories, and encourage the poisonous behaviour which follows in its wake. We might describe their behaviour as like that of vultures around a carcass were it not for the fact that vultures are highly misunderstood and perform vital functions in what the Lion King memorably described as the “circle of life”.

As Christians we have seen these phenomena within living memory. We have seen the folly of lumping supposedly moral verdicts with a pandemic (for that is what HIV/AIDS was and is). Are we so blind to history as to repeat its mistakes so quickly?