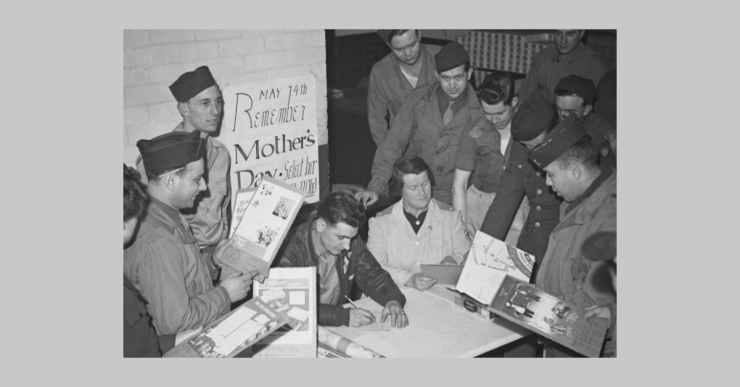 ‘True womanhood was motherly’: The social role of Mother’s Day

In the piece, entitled “‘True womanhood was motherly’: The social role of Mother’s Day”, Kerrie traces how the day began as a religious event but was co-opted for all kinds of secular purposes. This uneasiness is something that she has sensed as a mother and that she’s researched as a historian of women in Christianity, especially in her work on women’s vocations. Kerrie writes;

“Mother’s Day began in gratitude and conflict. Thankful for her late mother’s devotion, Anna Jarvis initiated a service of remembrance and gratitude for all mothers on 10 May, 1908, at her Methodist Church in West Virginia. Mother’s Day was a religious event, as was the older English tradition of Mothering Sunday in which worshippers returned home to their ‘mother church’. But as this new celebration of Mother’s Day spread around the English-speaking world, it preserved in public and private ritual a particular idea of womanhood. It asserted that true womanhood was motherly”.

The full article can be accessed here.

Pilgrim Theological College is an ecumenical college of the University of Divinity, operated by the Uniting Church Synod of Victoria and Tasmania. Pilgrim’s courses offer a community of learning, formation and discipleship, inspired by the richness and strength of theological education across the traditions of the Uniting Church and the commitment to ecumenical theology and formation from the United Faculty of Theology.