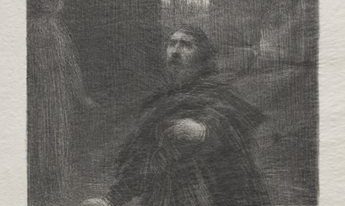 In times of crisis, danger, and fear, the Church has frequently sought solace in Hebrew resources of lament and supplication. The psalter is one such evident resource – but it is not the only one. Rabbinic tradition contains a poignant, and beautiful, prayer for precisely such times – the prayer of Kiddush haShem (sanctification of the Name).

While most frequently associated with prayer and action in times and in the face of martyrdom – not least in the death camps of the Sho’ah – the prayer itself can be, and has been, used in many other types of dire circumstance. As R. Joseph Soleveitchik once put it:

‘Through the Kaddish [the prayer by which the Name is sanctified] we hurl defiance at death and its fiendish conspiracy against humanity. The one who prays declares the following: no matter how powerful death is, no matter how black one’s despair is…we declare and profess publicly and solemnly that we are not giving up, that we are not surrendering, that we will carry on the work of our ancestors as if nothing had happened, that we will be satisfied with nothing less than the full realisation of our ultimate goal – the establishment of God’s kingdom.’

Of course, that final establishment of God’s kingdom does not come about by human effort, but by God’s actions. Nevertheless, this prayer reminds us that we are not called to be passive, either. The Kaddish entreats God that

‘there be abundant peace from heaven,
and good life,
satisfaction, help, comfort, refuge,
healing, redemption, forgiveness, atonement,
relief and salvation,
for us and for all God’s people…’

But the Kaddish equally expects God’s people to be actively engaged in offering those comforts, helps, and succour. We are called, that is, to remind ourselves – and to remind those amongst whom we live – by our acts of faith and tenacity, that there is a fuller reality beyond the bleakness of current circumstances.

Christians, of course, are not Jews – and so it would not do to colonise this holiest of Jewish devotions as though it were naturally our own. And yet, there is within the Kaddish – as well as within all other defiantly faithful acts by which we seek to sanctify God’s Name – a profound truth that we share with our Jewish kinfolk.

And that is this: that together, we hold fast to our belief that, despite and transcending all fear and danger, stands always God’s great and merciful Nevertheless… That his word of abundant love, and not our own circumstances, is always the last word; and that his word is eternally for us, and not against us.

Holding fast to this great truth, whatever our situation may be, is to engage in our own Kiddush haShem – the most sacred of all devotions.