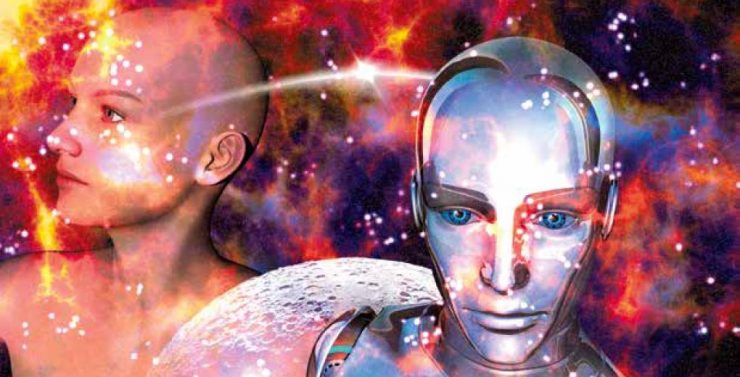 By Stephen Cauchi. This article is reposted with permission from The Melbourne Anglican.

The resurrected Christian body will be far superior to the transhuman ideal of bodies or minds that live on forever, theology lecturer Sandra Godde told the ISCAST COSAC conference.

Her presentation, ‘Will the transhumanist agenda usher in a new, improved humanity or will it destroy it?’ addressed transhumanism, which advocates enhancing human intellect and physiology through advanced technology. “Some of the goals of the present transhumanists are uncontroversial, such as cures for diseases, prosthetics, transplants, prolonging life or alleviation of suffering for one’s mortal life,” said Ms Godde, a lecturer in theology for 10 years at Christian Heritage College and Harvest Bible College.

However, she said, “I argue that the goal to replace the natural body with a fabricated one that will be immune to death is problematic on a number of grounds: theological, philosophical, social, and ethical”.

Ms Godde, who is writing a thesis on transhumanism at the University of Divinity, said there are two types of transhuman immortality.

The first was Radical Life Extension, where the existing body attains immortality through the use of technology. The second was cybernetic immortality, where the mind is uploaded onto a computer.

Much of today’s modern technology, such as genetic augmentation, cell regeneration, implantable devices that interact directly with the brain, artificial intelligence, robotics, cybernetics, nanotechnology, cloning, uploading the mind and other technologies, point towards a transhuman future,” she said.

“Transhumanists … predict within 15 years that the human species will develop superhuman machine intelligence that will change the fabric of what it means to be human.”

An example of Transhuman technology was Neuralink, a brainmachine interface being developed by technology entrepreneur Elon Musk, that “promises to change everything”.

Inserted into the brain by a robot, the device promises to fix anything wrong with the brain – including hearing, eyesight, physical defects, lymph function, and memory – and allows computer data, including music, to be streamed directly to the brain. It allows “a full symbiosis between man and machine, increasing your brain capacity and allowing both input and output directly between brain and device”.

A lesser version of Neuralink is already being used for Parkinson’s patients.”

Transhumanists claim that, eventually, a person’s entire personality, memory, skills and history could be extricated from our brains and placed in a computer, Ms Godde said.

Ray Kurzweil, a major leader in the transhuman movement, a futurist, author and Director of Engineering at Google, claims that because human intelligence is not dependent upon our biological substrate, and is an information pattern, it can be transferred from our brain to a computer,” she said.

“Thus he sees cybernetic immortality being achieved by this process, called whole brain emulation. Kurzweil, along with others in the Humanity+ movement, plan to modify Homo Sapiens into Homo Cyberneticus.” At the same time, transhumanists are critical of religion, said Ms Godde.

“Transhumanists accuse religion as being an impediment in the advance towards cybernetic immortality, saying that religion seeks to provide a palliative comfort for people facing death and an acceptance of it. Kurzweil … seeks to overcome this ‘deathist’ rationalisation and wants to sweep traditional religion out of the road.”

Ms Godde said that while the Bible did not oppose medical technology, it did oppose cybernetic immortality.

The Biblical vision of resurrection from the dead is at odds with the transhumanist’s vision,” she said.

Those living in cybernetic immortality “would only be pale imitations of us, artificial substitutes never really alive but linked to their animators in order to function, much like a puppet”.

What would remain is merely an intelligence, artificial in nature, and programmed to repeat endlessly what was set by its programmers, who have vanished, merely imitating the thoughts and behaviours of irreplaceable humans who have become extinct.”

Christianity, by contrast, “proclaims a future where the entire human person, body and soul, is preserved for eternity in a renewed and resurrected body, following the design of its Creator to live in communion with Almighty God.

Regardless if [cybernetic immortality] could reside in a virtual or robotic body, such a posthuman entity’s body would be qualitatively different from the resurrection hope that the Bible holds out for the human being.

Neither [virtual nor robotic] aspirations come near to the fundamental transformation of the human person that is promised by the New Testament in the new creation.”

A transhumanist’s worldview underestimates the impact of evil and does not account for any moral transformation or accountability to a Sovereign God or judgment at the end of the age.

Thus, the ethical issues they raise are quite different to those of a believer in Christ.

It is feasible, if not probable, that these technologies could fall into the wrong hands at some stage and be wielded over humanity in oppressive ways with disastrous consequences.”

In summary, Ms Godde stated that “the immortality promised by Kurzweil and company is limited in scope, and falls short of the Biblical promise of redemption and a new created order, and is utterly powerless to produce moral, inner transformation of character”.

Visit https://ISCASTCOSAC.org, where you can access talks from COSAC 2020.