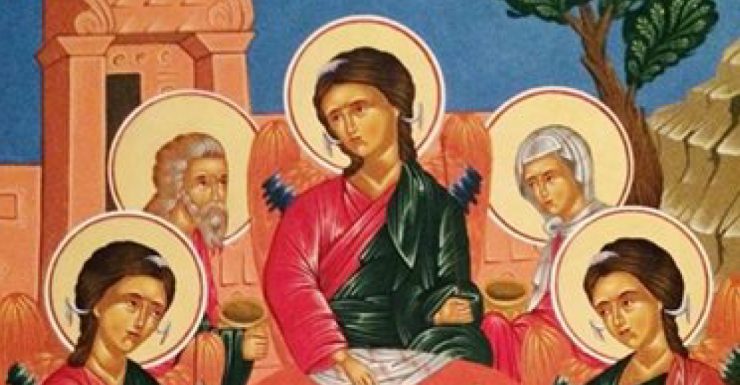 Reflection on the Trinity

Over the weeks of lockdown through the coronavirus, we celebrated major festivals of the church’s year: in particular, the death, resurrection and ascension of Jesus, along with his sending of the Spirit.

Trinity Sunday brought to a climax this narrative cycle and reminded us that Christ himself is not the end result of God’s revelation but rather points to the Trinity as the fullness of the life of God which Jesus reveals.

The Australian theologian, Ben Myers, in a series of tweets on the doctrine of the Trinity, begins with the suggestion that we abolish Trinity Sunday which he describes as ‘that fateful day on which preachers think they have to explain the Trinity.’ His point is that the Trinity cannot be explained; but that there is also danger in thinking we have ‘done’ the Trinity in one day and can now forget about it.

It is remarkable that some Christians seem to have an exclusive relationship with Jesus, with the Trinity as a kind of shadowy background. Ditto for charismatics with the Spirit. Others regard the Trinity as a Johnny-come-lately: something that arose out of the later church under the influence of Greek philosophy and is only vaguely present, if at all, in the New Testament.

Yet the doctrine of the Trinity, more than anything else, is reflection on Scripture. Ben Myers again: it is ‘a formula that refers in shorthand to the knowledge of God revealed in OT and NT’. Not just a reflection on the New Testament but encompassing the whole Bible. The Trinity is the only way to gather in all the diversity of Scripture on how God is revealed. It is very hard to imagine the church going any other way!

So is there an understanding of the Trinity in the New Testament? The answer is yes and no. No, in that the New Testament writers make no effort to understand the exact relations between God, Jesus and the Spirit. No words like ‘Person’ or ‘of the same substance’ are found there, as we encounter them in the Nicene Creed. The later church was given the task of finding the right words and it succeeded in language that is careful, lucid, symbolic (in the true sense) and deeply spiritual.

But yes, in the sense that the Trinity underlies many if not most of the New Testament writings which are themselves grounded in the Old Testament. It is equally true of the earliest writings — the letters of the apostle Paul — and  also of the later writings, such as the Gospel of John. They are implicitly, and sometimes explicitly, trinitarian. How else do we understand the baptism of Jesus and the transfiguration in the Synoptic Gospels? How else the message of the Matthean Jesus on the mountain in Galilee where he gives the church its core language and mission? How else do we understand Paul’s talk about spiritual gifts in 1 Corinthians 12?

Our understanding of the Trinity is not for Trinity Sunday but for the whole year. It is not a ‘mathematical puzzle’ (Myers), nor the justification for a social program of equality nor a patriarchal plot to make maleness divine. ‘It just helps you not to be an idolator’ (Myers). Even as its most sublime, and even as the language of revelation, it is still but a ‘stammering at infinity’ (Karl Rahner).

Our calling is not to explain the mystery of the Trinity or use the doctrine for our practical ends. Our role is to worship God as holy Trinity—Father, Son and Holy Spirit—and to draw others into that sublime communion of love at the heart of all reality.