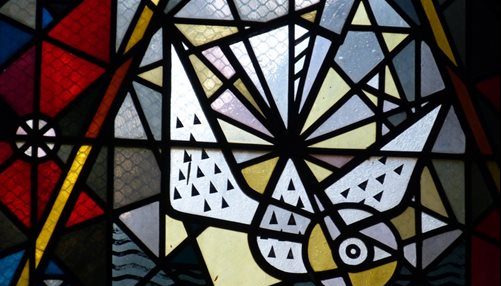 ‘But Lord, we don’t know where you are going, so how can we know the way?’ (John 14:5) is Thomas’ anguished cry as Jesus announced his imminent departure from the disciples in that upper room the night before his crucifixion. This sense of confusion and grief at the distance that Thomas is anticipating is just as palpable for us reading the text as it was for the disciples in the first century. Perhaps even more so in our current time of social distancing and self-isolation that highlights John Donne’s 400-year old reflection on social isolation which begins: ‘No man is an island entire of itself…’ This anguish is even more dissonant on this side of Easter, where we normally reflect on the weeks of intermittent presence between the glorious resurrection and the eventual ascension forty days later. In the church calendar this season is normally a time of gathering and ‘are celebrated in joyful exultation as one feast day, or better as one “great Sunday”’ (Athanasius, Epis.t fest.; General Norms).

However, perhaps this year we may get a closer understanding of the liminal period that the disciples were in. While the resurrection provided a salve for the disciples’ angst that the crucifixion generated, Jesus’ eventual departure was still imminently approaching. The feasting would turn into fasting. Indeed, in John’s Gospel, Jesus responds to Thomas’ cry by reassuring them that through his actions—as the Way, the Truth, and the Life—he provides guidance on the path laid before them to the Father’s house. But Jesus is not deterred from his departure. His departure is required to enable the sending of the Paraclete—the Advocate, the Helper—and unless He departs the Paraclete cannot come (16:7). The Paraclete will come alongside, to dwell within, to ‘help you and be with you forever’ (14:16).

This liminal space between presence and absence has been amplified this year, as we gather virtually and often crave physical presence and relationship. But even here we can be reassured that even as we are physically separate from one another we are still spiritually present through the Paraclete that has been sent amongst us. We may not be able to see the end of this period of social isolation, but we can be reassured that we have one who has gone before us to the end. We know the Way, the Truth, and the Life. Perhaps in this strange Eastertide we can gain a new—stronger—perspective on the need for Jesus’ departure that enables His presence with us.

Chris Porter is a New Testament scholar working on the Fourth Gospel with a particular emphasis in the intersection of theology and psychology. He is currently a Post-Doctoral Research Fellow at Trinity College Theological School.

The Time of Singing Will Come