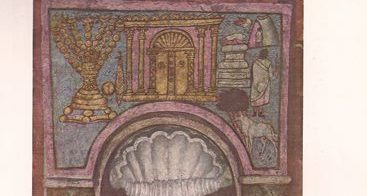 Long-Distance Worship – An Idea From The Rabbis

Over the centuries,  the logistical issues of participating in worship exercised the Jewish ancestors of our faith. Their understanding that accessible Scriptures were needed led to the translation of the Jewish Scriptures into Greek, so that those unfamiliar with Hebrew might hear the sacred texts. This habit would enter and remain within Christian missional  practice.

Worship centred on the Temple was more problematic. It was difficult for Jews who lived far from Jerusalem to attend the feasts of the Calendar. How might they retain faithful observance? Some thought  building other Temples was  an alternative. This was seen in the division of Judah and Israel which  led to the separation of Jewish and Samaritan practice. Others attempted to build Jewish Temples in Egypt at places like Elephantine and Leontopolis. Compared to the Jerusalem Temple, such  places had relatively short lives. The extant Jewish writings tend also to portray them as irregularities.

More acceptable was the pattern which emerged within Judaism, and permitted the survival of the Jewish faith without a Temple, after its destruction by the Romans in 70CE. This pattern goes by two names: “spiritualisation” or “sacrificialisation”. It is basically this. Recognising that it was impossible to get to Jerusalem for every festival, and rejecting the possibility of alternative temples, Jews in the Diaspora were of a mind that  gathering together to  read the rituals for any given festival was as good as  getting to the Temple  itself. So, they would meet, read the relevant passages from the Torah, and  so fulfil their  obligations. This practice enabled Judaism to survive and evolve beyond the tragic events of history, and the continuation of devotion to God.

Whilst not facing the destruction of a Temple which will be permanent,  we today face a situation when, like the Diaspora Jews of old, we may simply not be able to gather in our accustomed spaces and worship  in our traditional ways. When this is our predicament, we might learn from their example. We might read the texts from our Scriptures which relate to the Eucharist which we are, for the moment, unable to celebrate, and  in so doing have at least some “spiritualised” or “sacrificialised” time for God.

We might do worse than read one or more from the following:

As we do so, we might usefully reflect on what we are missing, so that, when we gather again to break the bread, we will do so with a new appreciation and fresh sense of gratitude for what we have loved and missed.

Worship in exile as an ‘essential service’