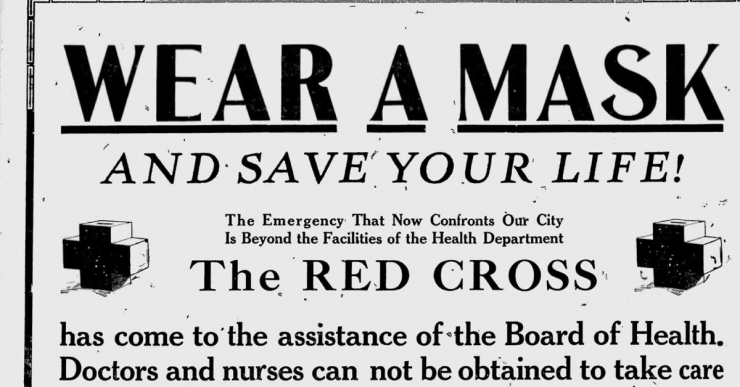 ‘Do unto others’ (even in a pandemic)

In the face of increasing turmoil, let’s continue to follow the ‘Golden Rule’, and ‘do unto others’, even in a pandemic.

Scholars of world religions tell us that the notion of treating others as you want to be treated is a common principle shared by many religious traditions, including the Abrahamic faiths of Judaism, Christianity and Islam. In the Jewish (and Christian) traditions, it is seen most readily in the command to love one’s neighbour as oneself (cf. Leviticus 19:18). As well, in his teachings, Jesus reaffirms this principle in the so-called ‘Great Commandment’ (see Mark 12:28-34), in addition to the so-called ‘Golden Rule’ – ‘In everything do unto others as you would have them do unto you’ (Matthew 7:12). This widely-held principle of the ‘Golden Rule’ is seen in the human capacity for compassion and empathy and in a society’s commitment to a belief in the common good.

Even in the best of times, we – especially those of us from the developed, Western world – have a hard time, it would seem, living up to the standard of ‘doing unto others’ and loving our neighbours as ourselves. Perhaps this difficulty is due in large measure to our society’s acute commitment to individualism and competition and its resulting quality of selfishness. This global pandemic has even now further tested our ability to live out the ‘Golden Rule’, despite the fact that this principle seems to be so universally affirmed. During this season of COVID-19, each of us has witnessed acts of selfishness and individualism run amok; think only of the hoarding that took place early on during this pandemic or people in some parts of the world protesting government requirements to social distance or to wear a face mask while in public.

Yet this pandemic season has also provided glimpses of our capacity to ‘do unto others’, in spontaneous food distribution programs for people locked down on public housing, in special government assistance programs, in wearing masks in public, in respectful social distancing, in refraining from public worship, and in working from home. These are all acts of sacrifice designed to limit the suffering and death of others, with each rooted in the ‘Golden Rule’ and in a commitment to fostering the common good in our society.

But we are discouraged by second waves, further lockdowns and travel restrictions with no foreseeable end in sight. Let’s not let this discouragement (and despair in many cases) cause us as a society to lose sight of the principle of ‘doing unto others’ that is so universally affirmed by our diverse faith traditions. Let’s not allow the phrase ‘We’re all in this together’ to sound empty and meaningless, particularly as our post-pandemic world is likely somewhere off in the distant future. Let us strive to ‘Do unto others’, even in a pandemic.