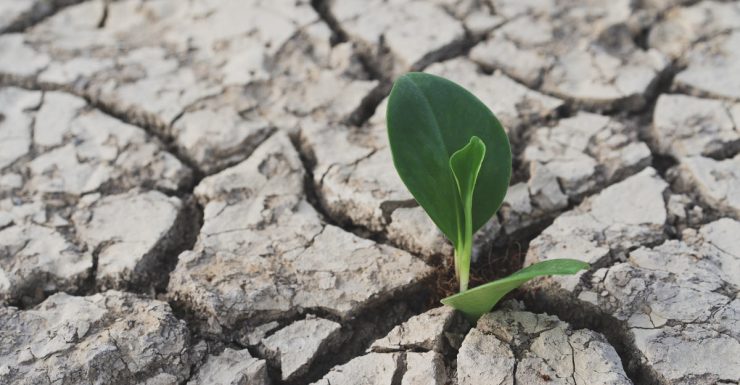 Cultivating patience, and working for justice, in the face of hardship

This article is republished from ABC Religion and Ethics

This current season of pandemic, isolation, and disruption has caused many of us to begin naming the things we have lost — if only for a season. Conversations, tweets, and news pieces spell out for us in some detail a litany of real and perceived deprivation: from the hobbies that cannot be pursued, to the cafés that cannot be frequented, to the routines that have been disrupted. For some, the loss is momentary and irritating. For others, it is permanent and life-changing (loss of work, relationships, loved ones). COVID-19 has created circumstances that run the gamut between mild inconvenience and searing grief.

Making lists of “hardships” is nothing new. The world of antiquity — the inhabited by the apostle Paul and the earliest Christians — was a world in which pandemics where not unknown. Hardships, struggles, and difficulties were the daily experience of vast numbers of people, as well as the focus of attention for philosophers and teachers. What do we learn through hardships and deprivation? What kind of person do we become through such experiences? How do we cope in face of these realities?

Lists were made of the hardships that raised such questions, and of the kinds of response to hardship that might constitute a virtuous or a good life. Paul himself provides a number of examples in his second letter to the Corinthians (see 2 Corinthians 4:8–9; 6:4–10; 11:23–27; 12:10; and also see similar lists in Romans 8:35–39; 1 Corinthians 4:9–13; Philippians 4:11–12). The list of hardships in 2 Corinthians 6 is especially sophisticated in style and, to me at least, moving in its sentiments. I have translated that list below in ways that direct Paul’s language towards our current situation:

We show that we are God’s servants in every circumstance, in great patience:

in times of hunger,

with the Holy Spirit,

[we also show it] through the weapons of justice in our right hand and our left:

through honour and dishonour,

through defamation and affirmation,

[when we are treated]

as liars, when in fact we are truthful,

as ignorant, when in fact we know,

disciplined, but not killed,

poor ourselves, but enriching others,

having nothing, but possessing all things.

As I have translated things here, the various elements in this Pauline list cluster under two main headings — two key terms that together suggest a form or a shape for Christian virtue in times of hardship.

The good of patience

The first is patience. This is the idea that little is to be gained by allowing the arrival of adverse circumstances to distract us from doing what we have always know to be good, and right, and of enduring value. Paul names what endures in terms that lie at the heart of a Christian vision of human flourishing: sincerity, kindness, love, truth, and the assurance of God’s presence and power.

It is notable, however, that these virtues are not named in isolation, as abstract ethical or theological principles that are somehow to be imbibed, or believed. The list begins with a hard gaze on the reality of deprivation and distress, the all-too-human locations and manifestations of external circumstances placing a life under significant stress. The preposition used throughout is the Greek word “in” (en). In the initial list of circumstances it refers to these various locations of adversity, but in the second list of virtues the meaning shifts to connote the commitments that we make in the face of such distress and difficulty. It is in plagues that we discover what it means to live with genuine love. It is in protests that we can find out test our capacity to speak with truthful words.

The cultivation of patience became something of a theme in the life of the church in the early centuries. Tertullian, Cyprian, Lactantius, and Augustine all wrote explicitly about patience in the tumultuous context of North Africa in the third and fourth centuries of the Common Era. The Mennonite historian Alan Kreider has argued that the church’s commitment to this (non-violent) “lost bequest” of patience undergirded the church’s self-understanding and mission in the early centuries, before giving way to forms of violent impatience in the form of Christendom.

This ability to respond to deprivation, persecution, and adversity through the patient cultivation of core Christian virtues proved to be a “fermenting” presence within the wider world of antiquity. It bore witness to a way of life that was characterised by hope in a God who relates to creation with continual forbearance. Crucially, it was deeds and not creeds that really mattered. As Cyprian put it in his treatise on De Bono Patientia (“On the Good of Patience”): “we do not speak great things, but we live them.” Only this kind of embodied patience provides strength in “the varied ills of the flesh and frequent and severe torments of the body with which the human race is daily harassed and wearied.”

While it is true, for Cyprian and the rest, that this commitment to patience only makes sense in the light of certain convictions about God’s loving patience towards humanity — revealed, above all, in the life, teaching, and death of Jesus of Nazareth — it can only be experienced in the living. As Paul puts it, patience is what we commit ourselves to living with, in every circumstance.

The work of justice

Yet, there is a danger that this emphasis on patience, based on trust in God, might be interpreted as something rather passive — albeit a lived-out passivity. Which brings me to the second half of Paul’s hardship list, headed by the martial image of “weapons of justice” (2 Corinthians is remarkable for its use of the imagery of war in service of Paul’s attack-and-defend rhetoric in the letter; see 10: 4–6 for another example). Most translations will render the second word in this metaphor with the term “righteousness” (dikaiosunē). But the theological connotations that often accrue to such language tend to obscure the fact that dikaiosunē, for Paul, is something not just to be received in salvation, but to be pursued in vocation. We are to “become” the righteousness of God, as he puts it in 2 Corinthians 5:21.

Interpretations of this and other passages in 2 Corinthians where we find the first-person plural (“we”) often narrow this vocation down to Paul and his co-workers. But the Corinthian Christians are implicated by this “we.” The vocation is not narrowly apostolic, but ecclesial. In every circumstance the church reveals its allegiance to God, not only through the virtue of patient endurance, but also through the determined pursuit of justice. Or, put another way, the church’s work for justice is also a virtue that needs cultivation, the flip-side of its commitment to faithful endurance.

Paul knows that pursuing this vocation for justice entails the likelihood of misunderstanding and accusation from those who are most threatened by that pursuit. Truth will be named as falsehood, and knowledge marked down as ignorance. No doubt the reverse is also the case. Paul names the likely cost of trying to work out what justice looks like in the midst of adversity and affliction. But, in the final and hyperbolic reference to “possessing everything,” Paul offers a glimpse of the kind of vision that sustains Christian hope, patience, and action — now as then.

In so far as our lives are embedded, perhaps even locked down, in circumstances that test our patience, that drain our reserves of strength or place question marks against our self-confidence with reminders of the inherent fragility of human life, we are also locked into another story. In the previous chapter of this letter, Paul summarised that other story, this time eschewing the complexity of a list in favour of the stark brevity of the claim of the gospel. “The love of Christ leaves us no choice,” he writes: “we are convinced that one died for all, and so all have died … so that as those who live they might live no longer for themselves” (2 Corinthians 5:14–15). Or, even more briefly, “if anyone is in Christ, there is a new creation” (5:17). 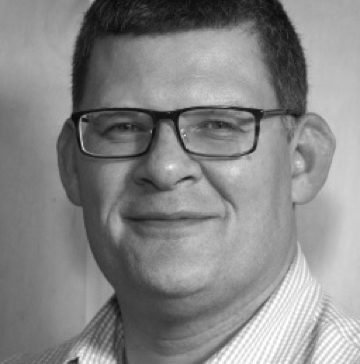 Sean’s research interests focus on the letters and theology of Paul, with a particular interest in Philippians and 2 Corinthians. He also teaches and writes about issues relating to the historical Jesus and has an ongoing interest in issues of hermeneutics, especially theological hermeneutics with a focus on the writings of Dietrich Bonhoeffer.

How technology is changing the way we grieve