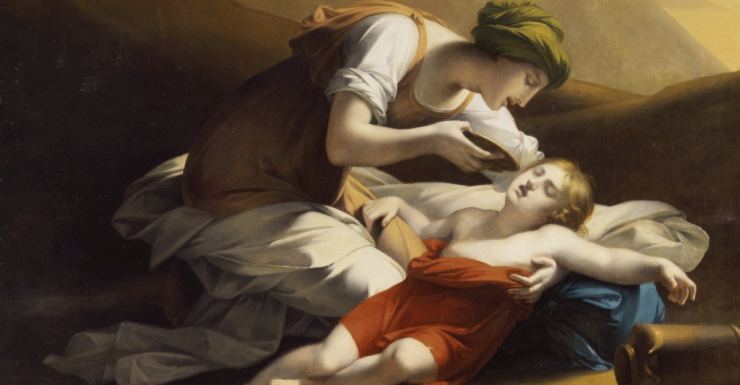 The story in which Ishmael and Hagar are driven out into the wilderness by Sarah, with Abraham’s  complicity, has often been read as setting up the animosity which has persisted between different nations and faith across history. Myths like this may come to justify vendettas which will run for centuries.

Last week’s brutal murder of Solomone Taufeulungaki in Brimbank threatens to become the catalyst for a cycle of gang violence in Western Melbourne. Like the Ishmael story, any cycle of events which spirals out will have its origins in an act of gross injustice. But this event does not demand a narrative of violence follow on inexorably.

Rabbi Jonathan Sacks, using careful traditions of Jewish interpretation of Scripture, which Christians often ignore or trample underfoot in attempts to make the Judaic writings overtly Christian, points out that the story of Ishmael does not end in an irrevocable divorce (Genesis 21:21), but in a reconciliation between the two estranged brothers at their father’s graveside (Genesis 25:9). It does not have to continue and end in violence. Isaac, Ishmael and their descendants may live together in peace.

Solomone’s parents, devout members of the Church of Jesus Christ and the Latter Day Saints, have openly spoke of forgiveness and love, in marked contrast to the narratives which so often seek retribution and provoke more violence.

Like Genesis’ glimpse of two estranged brothers, burying their father in a field at Mamre, they offer a vision of the future which will not be driven by hate and violence. The critical question, as always, is: who will listen?