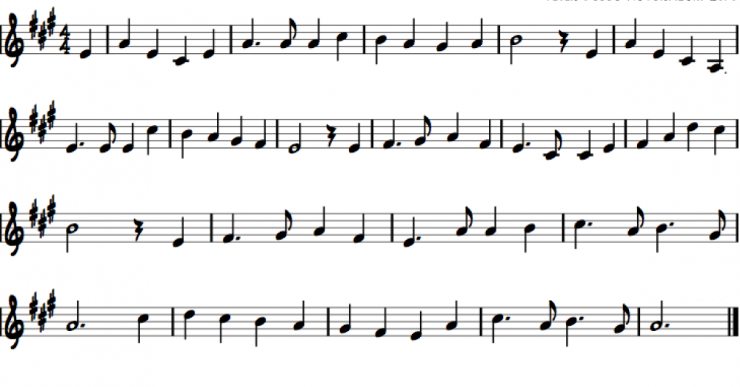 This article is republished with permission.

Beneath our radiant Southern Cross
We’ll toil with hearts and hands;
To make this Commonwealth of ours
Renowned of all the lands;
For those who’ve come across the seas
We’ve boundless plains to share;
With courage let us all combine
To Advance Australia Fair.
In joyful strains then let us sing,
Advance Australia Fair.

These are the lyrics for the national anthem of Australia as officially adopted by the Parliament of Australia in April 1984. It is a song that I have never personally sung. On those occasions when, as part of a school or civic assembly, I was invited to sing the anthem, I declined. I still decline. Why? Because, as a trawloolway man whose family has lived in northern lutrawita/Tasmania for at least 35 thousand years, I will not sing the victory songs of the invader.

For make no mistake, this is a victory song. It is an anthem that entrenches and encourages the myth of terra nulius, that most destructive of colonial fictions. This fantasia about an empty land that has been legitimately occupied by free and hard-working pioneers who deserve the spoils of their adventuring on the other side of the globe does nothing but hide and obfuscate the truth of this nation’s history. The truth is this: that the continent was stolen from the most ancient civilisations on earth by largely absentee landlords from Britain; that the stealing was done through the agency of paid servants from the working and criminal classes who waged bloody war against the Aboriginal and Torres Strait Islander nations who were already here; that the survivors of these wars were removed from our lands and placed in camps where the speaking of our languages and the practice of our religions and cultures were outlawed; that we were forced into indentured servitude and slavery both in these camps, and on the newly stolen lands of white settlers; that, despite some gains, most of us still do not have access to our own lands, sacred stories or elders; that we remain amongst the most impoverished, unwell and incarcerated people on the planet.

For all that, we are still here, and we continue our fight to regain some of what has been lost or stolen. We cannot rejoice in the ethically questionable achievements of the colonising project called ‘Australia’ and we cannot rejoice in the immoral annexation of our lands and waterways.  For, in Australia, it seems, it is ONLY ‘those who’ve come across the seas’ that may share in the bounty that this continent has to offer without contest or question.

For Aboriginal and Torres Strait Islander peoples, a small change in the wording of one line in this anthem will make not an iota of difference to the overall character and message of the song: that this is a white country, and everyone else (especially the original inhabitants) must be content with the crumbs that fall from their master’s table.  We aren’t ‘one’ people and we shall never be so until the dense web of colonial injustice is unwoven.

In August 1996, the singing trio Tiddas made a poignant critique of the anthem in song that remains true:

So don’t sing me an anthem
‘Cause the words can’t be felt
What’s pride in a country
Without pride in yourself?

I long for the day when ‘closing the gap’ will mean, alongside the usual indicators of improvements in health and wellbeing, a recognition of our ongoing sovereignty in this country. Until then, this anthem (along with Australia Day, the flag, and all the other apparatus of the colonial state) will remain, for Indigenous people, yet another symbol of white supremacy.

Reverend Dr Garry Deverell is a trawloolway man and a Lecturer and Research Fellow at the School of Indigenous Studies in the University of Divinity. From 2019, Garry chaired the working group that conceived the model for the School and brought it into being. Garry is a theologian of liturgy and sacraments, of Christian community, and of Indigenous experience in the colonised world. He is the author of Gondwana Theology (2018) and The Bonds of Freedom (2008) as well as multiple journal articles and book chapters.