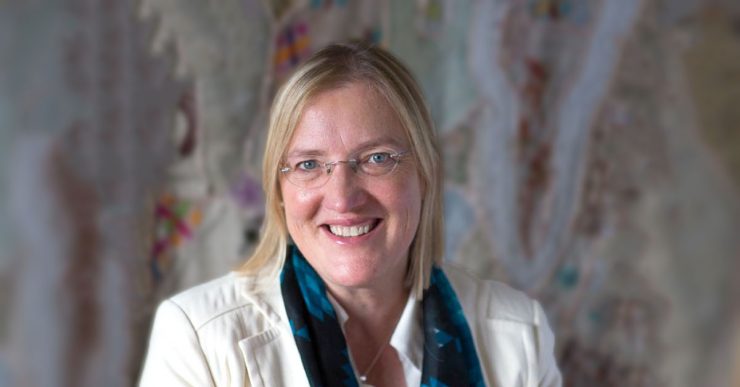 Congratulations to Professor Vicky Balabanski, appointed Professor of the University by the University Council on 10 August 2022. Professor Balabanski is Principal and Director of Biblical Studies at Uniting College for Leadership and Theology in Adelaide, South Australia. She is noted for her outstanding contribution in the areas of Learning and Teaching, Research, and Engagement with Church and Community.

Through her outstanding research and scholarship, Professor Balabanski has brought the richness of New Testament studies to bear on critical issues for the contemporary church and world. This includes serving Christ’s call for Christian unity; supporting justice for Indigenous peoples, and responding to the climate emergency. As Principal of the University’s newest College, Uniting College for Leadership and Theology, I am delighted to have the opportunity to serve alongside her as a colleague in the University of Divinity and look forward to learning from her in the years to come.”

About the appointment, Professor Balabanski said:

It’s personally a great honour and affirmation. When I began the scholarly work of developing ecological readings of the Bible, it was a marginal and even an ‘eyebrow-raising’ thing to do. Now some decades down the track, the need for it is widely recognised and valued.

As I think back over my academic journey, I have a great deal of gratitude for the professors that have shaped that journey and inspired me to walk this path – Davis McCaughey, Morna Hooker, Ulrich Luz to name just three. These are people who have a depth of scholarship and lifelong commitment to the academic field in which they excel, the ability to communicate that passion to others, and the integrity to mirror the same values in their lives. May I be such a professor for the next generation of students and scholars!”

The citation for the appointment reads:

Professor Vicky Balabanski is a New Testament scholar internationally recognised for her work in ecological hermeneutics, receptive ecumenism and feminist studies over more than twenty years. She is an exemplary and creative teacher, thesis supervisor and mentor for other staff, with a profound depth of scholarship in New Testament studies and biblical languages. Professor Balabanski was appointed to the membership of the Society for New Testament Studies in 2017, has recently become the General Editor of the Earth Bible Commentary Series with Bloomsbury T & T Clark, and is editor of a special issue of the Journal for the Study of the New Testament. She is Principal of Uniting College for Leadership and Theology, held major leadership roles within the Adelaide College of Divinity, serves in the national leadership of the Uniting Church in Australia, and has been a keynote speaker in ecumenical contexts such as the world Diakonia conference and the Receptive Ecumenism Conference.