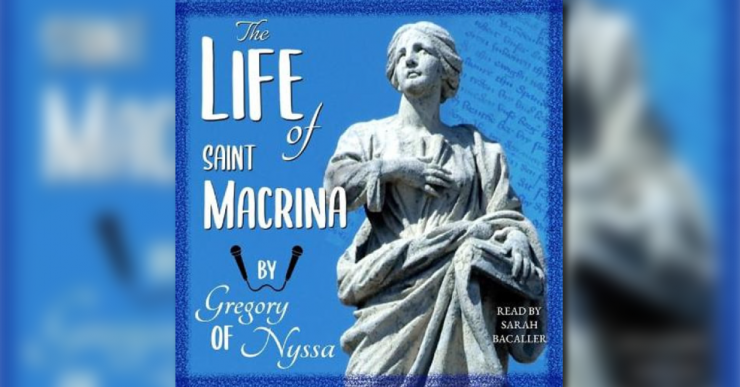 The Life of Saint Macrina

The Life of Saint Macrina’ is a significant work of early Christian literature written by Bishop Gregory of Nyssa. In the form of a letter to the monk Olympus, Gregory describes the life and influence of his sister Macrina. Macrina – also known as ‘Macrina the Younger’ – had helped to establish a monastery and convent in Pontus (in modern-day Turkey) in the fourth century AD. The story centres on Gregory’s final visit to Macrina and is written as testimony to her piety, sanctity and holy influence. ‘The Life of Saint Macrina’ is a fascinating piece of early Christian literature in its focus on a feminine figure of asceticism. It reflects Macrina’s influence on her mother and brothers as well as the role she played in shaping early Christian concepts of femininity and asceticism. Macrina was born circa 330 AD in Caesarea (Kayseri) and died in 379 AD in the region of Pontus. She is venerated in many Church traditions including the Roman Catholic Church, the Anglican Church and the Eastern Orthodox Church.

Sarah is a graduate of Monash University (Arts) and the University of Divinity (Theology) and is a classroom and online tutor in the discipline of Christian Theology at Stirling. Sarah has undertaken significant research on GR Stirling’s Page 13 publications. As the Stirling Online Teaching Support Officer, Sarah works with the Academic Dean and the academic and administrative staff to develop Stirling Online initiatives, and to help Stirling continue to serve God’s church and people through online education.

John Capper retires as Director of Learning and Teaching

God in the Landscape