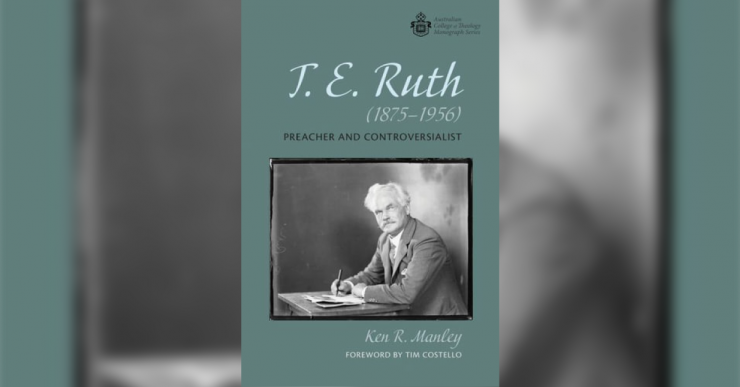 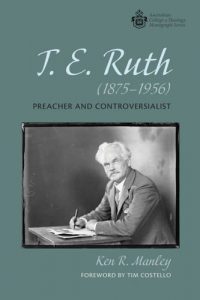 Or contact kenrmanley@gmail.com to purchase a copy directly from the author (price $30, plus $10 postage within Australia)

T. E. Ruth (1875-1956) was one of the most controversial Baptist ministers ever to serve in Australia. After a successful career in England as preacher, pastor and writer Ruth came to the significant Collins Street Baptist Church in Melbourne in 1914. During the tumultuous years of the World War Ruth cared for the bereaved and bewildered people in his congregation and in the city. He made emotional appeals for men to enlist in the war campaign and led public debates about conscription as he engaged in intense clashes with his Catholic opponent Archbishop Daniel Mannix. Ruth later moved to the Pitt Street Congregational Church in Sydney where he was soon involved in public opposition to the Labor premier JT Lang as well as being a popular columnist in the secular press.

This fascinating study of a progressive theologian, a public theologian and controversialist illuminates one of the more divisive and formative periods in Australian religious and political life.