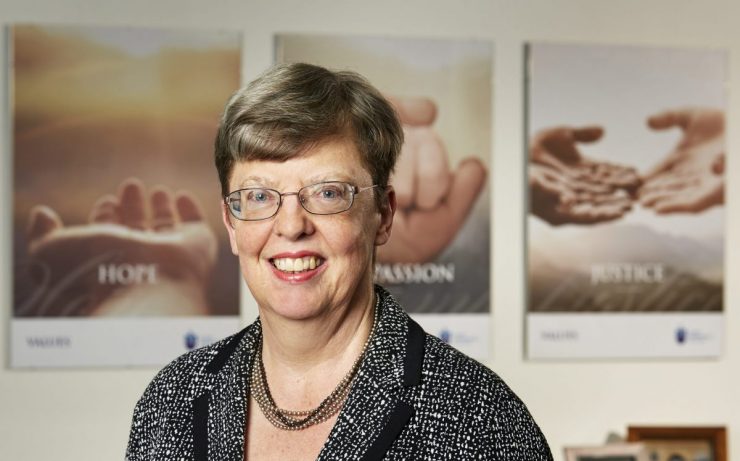 Gabrielle brings extensive academic and leadership experience to her role as Deputy Chancellor. Following postdoctoral research in Germany, Professor McMullen joined the Department of Biochemistry at Monash University and also became Dean of its Catholic residence, Mannix College, in 1981. She was then Rector of Australian Catholic University’s (ACU) Ballarat campus from 1995-2000 and its Pro and Deputy Vice-Chancellor (Academic) until February 2011. In July 2011 she was appointed a Trustee of Mary Aikenhead Ministries, which was established by Sisters of Charity of Australia in 2009 to continue their health and aged care, education and social service ministries.

Gabrielle is also a member of the Council of the Divine Word University in Madang, Papua New Guinea. Her other community contributions have encompassed membership of education, health, theological and social services boards. A member of the Australian Catholic Council for Pastoral Research, her personal research interests include Catholic identity and mission, and the history of science.

On the announcement of her appointment Gabrielle said:

I am honoured to serve the University as its Deputy Chancellor and look forward to making this contribution to the life of UD. As I commence in the office, I am conscious of the long-standing contribution made by my predecessor, Dr Andrew Menzies, and pay tribute to him for his service to the University of Divinity”.