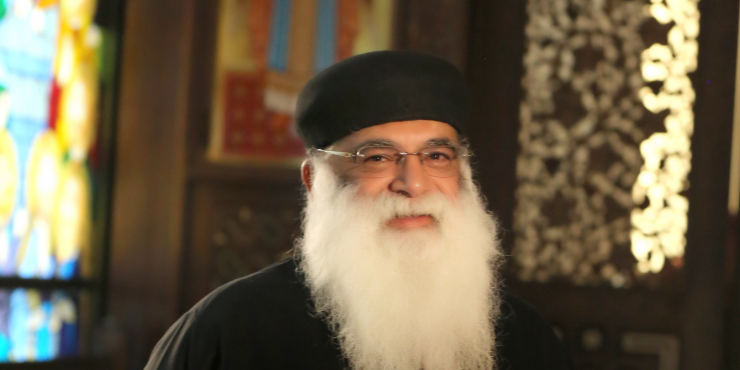 The University of Divinity congratulates Very Reverend Fr Daniel Ghabrial on his appointment as Principal (Dean) of St Athanasius College.

St Athanasius College has delivered theological courses in the Coptic Orthodox Christian tradition since 2000. In 2011 the College became accredited with the University of Divinity. Since its inception, Fr Daniel has played a pivotal role in the development and accreditation of the College.

Fr Daniel has been Acting Dean since April 2018 and is well acquainted with both the College and the University. In a statement from the Coptic Orthodox Diocese of Melbourne Board of Governors, Fr Daniel is described as a “person of great faith and strong commitment to engaging, relevant Christian education for young people”. HH Pope Tawdrous II has endorsed the appointment of Fr Daniel and the Board of Governors note that this singles the confidence and support of the Coptic Orthodox Church for the work of St Athanasius College.

Fr Daniel brings a wealth of experience in academia, academic administration and governance to his new role. An alumnus of the University of Divinity through his Diploma of Theology, Fr Daniel has also completed a Bachelor of Science (Honours) and a Doctor of Philosophy in Pharmacology from the University of Melbourne.

The Acting Vice-Chancellor, Professor Gabrielle McMullen AM, congratulated Fr Daniel on his appointment. She stated, “I thank him for the many contributions that he had already made to the University.  I wish him well for his ongoing ministry within the College and the University – St Athanasius College is blessed to have him as its new leader”.