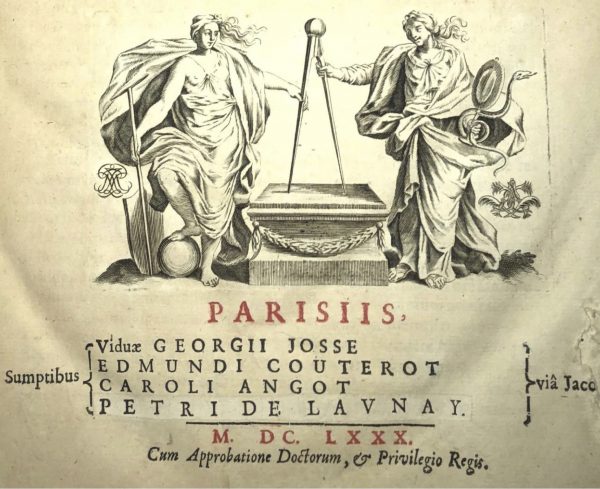 Mannix Library and Librarians in the Spotlight

Mannix Library and two of its librarians, Huw Sandaver and Kerrie Burn, are involved with several current research projects and have contributed to a number of recent publications.

For the past few years both Kerrie and Huw have been team members on an Australian Research Council-funded project, A Baroque Archbishop in Colonial Australia: James Alipius Goold, 1812-1886. The project was recently mentioned on the ARC Research Highlights page.

This online article notes that:

“Professor Jaynie Anderson is leading an ARC Discovery Project that is investigating the cultural vision of the first Catholic Archbishop of Melbourne, James Goold (1812-1886), whose architectural patronage changed Melbourne, not least through the construction of St Patricks, the largest Neo-Gothic cathedral in the world. One of the outcomes of the project has been the discovery that over 1000 volumes from Goold’s significant personal library are held in the Mannix Library, and in cataloguing these items, a number of intriguing stories have been unearthed.

Of the stories that emerge, one relates to three previously uncatalogued hand pressed items, published in Paris, ranging from the mid 16th to the late 17th century, which were made by early female printers in the publishing industry—a particular phenomenon in France, as the guild system in place there allowed women to take over and run businesses after their husband’s death. An analysis of woodcuts and printers’ devices in these items reveals the influence of these women, many of whom formed a syndicate of widows to protect their rights against the French monarchy.”

The article by Mannix Library Manager Kerrie Burn, titled Archbishop James Alipius Goold and Mannix Library was published in a recent issue of Footprints 33, no. 2 (2018): 34-40. The article can be accessed via the Library Hub at or the author’s final manuscript can be downloaded from the University of Divinity Research Repository.

Another outcome of this Goold research project is an exhibition entitled: The Invention of Melbourne. A Baroque Archbishop and a Gothic Architect (https://www.cam.org.au/Portals/0/2019/MDHC/footprints/footprints-june19.pdf), which will show major works of art in the collections of the Archdiocese of Melbourne and items from Mannix Library’s collection at the Old Treasury Building, Melbourne from 31 July 2019 until March 2020.  A book with the same title, will also be published by the Miegunyah Press, Melbourne University Publishing. Mannix Library staff have contributed to one of the book’s chapters, Divining a purpose: the logic of Bishop Goold’s Library.

Kerrie Burn is the Library Manager at Mannix Library in East Melbourne. While primarily serving the needs of staff and students of Catholic Theological College, Mannix Library welcomes all members of the University of Divinity community. Kerrie manages the University’s online Library Hub, which was launched in February 2016.