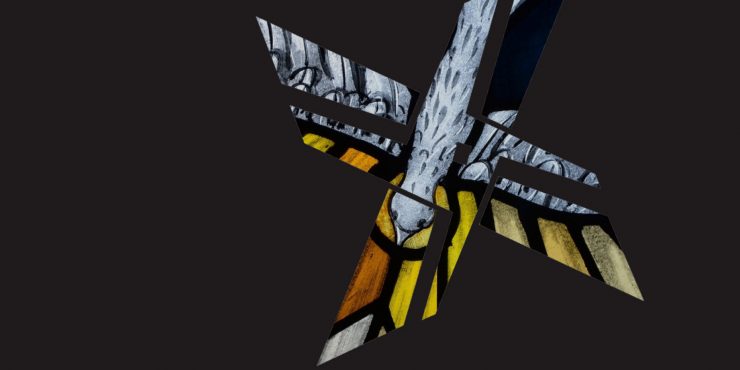 In a week when the sexual abuse of children and vulnerable adults in church institutions has once again been making international headlines, a conference of Christian churches in Melbourne has called on Australia’s churches to embrace thoroughgoing reformation of their structures, governance and culture in the wake of the Royal Commission into Institutional Responses to Child Sexual Abuse.

The three-day ecumenical Health and Integrity in Church and Ministry conference on the task of rebuilding and renewal for the churches after the Royal Commission (27–29 August 2018), was hosted by the University of Divinity and sponsored by four leading Catholic religious institutes and Yarra Theological Union. The conference was attended by church members and leaders, academics, clergy and religious, ministers and church workers, survivors of child sexual abuse and their advocates, and groups advocating church reform.

The Health and Integrity conference heard that there is grief and pain everywhere throughout the Australian churches as a result of the criminal sexual abuse of children. The conference expressed its solidarity with the many thousands of men, women and children who had been directly and indirectly harmed, and strongly condemned ongoing denial by some church members of the truth of what has happened. The conference heard that the churches are still too often failing to respond adequately to the ongoing care needs of victims, their families, and communities who have been harmed by their own predator members.

Describing the sexual abuse of children by clergy, religious and church personnel as a national tragedy, the conference resolved that it is essential for Australia’s churches to fully implement all of the Royal Commission’s recommendations pertaining to them.

Opening the Health and Integrity conference, the Vice Chancellor of the University of Divinity, Professor Peter Sherlock, said the conference provided a focussed opportunity for the University to identify both immediate and longer-term actions. One outcome will be the creation of a new goal in the University’s Strategic Plan commencing immediately, to pursue the dual themes of health and integrity in church and ministry.

In his address, Emeritus Professor Des Cahill of RMIT University, told the conference that the Royal Commission’s final report was the most thorough and credible report that has ever been produced on the sexual abuse of children in religious institutions. “Due to the Royal Commission’s unparalleled moral authority, Australian governments are moving quickly to implement its recommendations”, Professor Cahill said.

The Health and Integrity conference called on Australia’s churches to exceed the minimum standards of implementation in the Royal Commission’s recommendations, to undertake thoroughgoing reform of theology, ministry, governance and leadership, and in so doing return to the teaching and example of Jesus Christ. Survivor Joan Isaacs told the conference that it was time for the churches to “get back on the donkey”.

The conference further called on the churches to engage in a process of fundamental theological and interdisciplinary reflection about the causes and implications of the child sexual abuse crisis, as an essential first step in the task of reform.

Rev Professor Richard Lennan, an Australian priest who is Professor of Systematic Theology at Boston College in the United States, warned that any church that proved unwilling or unable to learn the lessons of the Royal Commission “will disqualify itself from a continuing place in Australian society”.

Professor Lennan said the Royal Commission had brought distorted aspects of the Catholic Church’s culture into relief. “When the Royal Commission defined clericalism as the idealisation of the clergy, and by extension the idealisation of the Church, it was describing a form of idolatry”. “Idols cannot ever give life; they can only be a distortion of what God enables,” Professor Lennan said in his paper. “While taking up the specific recommendations of the Royal Commission will certainly help the church to become a more transparent and authentic body”, Professor Lennan said, “the renewal of integrity in the church requires more than individual pieces of reform: it requires broad and deep cultural shifts in the church. To achieve this, it will be necessary for the Church to embrace an overarching approach to change”.

Susan Pascoe AM, President and Chair of the Australian Council for International Development (ACFID) and Chair of the Community Director’s Council, told the conference that although most of the churches have signed up to the National Redress Scheme and many have issued apologies to victims, to date there has been limited public recognition by the churches of the need for governance and cultural reform. “Abuse survivors, many of whose lives have been irretrievably damaged may take some convincing that genuine reform is on the way,” Ms Pascoe said.

Noting that “Basic Religious Charities” are exempted from meeting the reporting obligations and governance standards of other charities and not-for-profit organisations under the 2013 Australian Charities and Not-for-Profits Act, Ms Pascoe said it was “reasonable to expect church bodies to operate on comparable, or equal governance standards as corporate, government and not-for-profit entities”. She said they should also be subject to the same, or a comparable, regulatory regime.

The Health and Integrity conference called on the leadership of all Australian churches to immediately initiate a program of action and change which must include the following principles: